Reading the North: A travel guide and ‘The Promise of Paradise’ 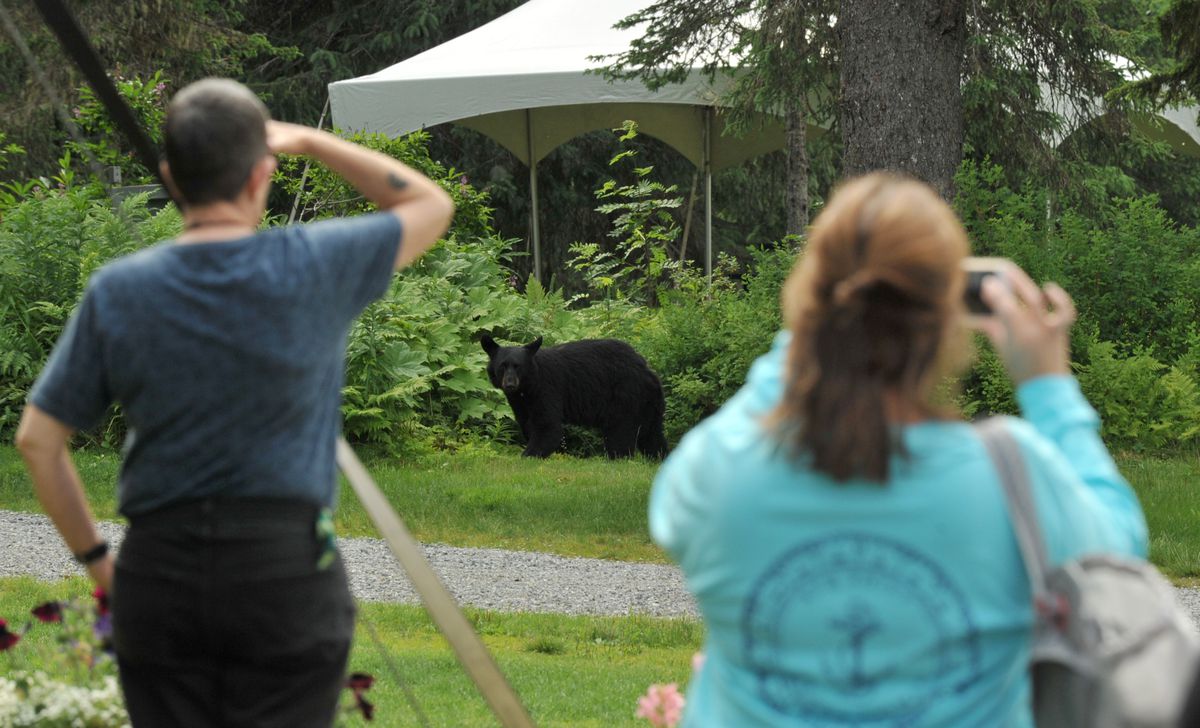 Tourists watch a black bear near The Hotel Alyeska in Girdwood. Opportunities to see wildlife is one of Alaska’s premier attractions. (Bob Hallinen / Alaska Dispatch News)

Tourists watch a black bear near The Hotel Alyeska in Girdwood. Opportunities to see wildlife is one of Alaska’s premier attractions. (Bob Hallinen / Alaska Dispatch News)

*What It's About: Another Alaska travel guide enters a crowded field, this one by Anchorage freelance writer — and Alaska Dispatch News contributor — Lisa Maloney, who also penned "50 Hikes Around Anchorage." The well-designed and colorful volume covers the entire state, including wildlife visitors might see on their journeys. There are also several "best of" lists, including hikes, scenic drives and top towns.

*Excerpt: "As amazing, exotic, and even otherworldly as Alaska's pristine landscapes may be, our "peoplescapes" are just as special. Alaskans are known for being warm and friendly despite — or perhaps because of — our cold winter temperatures.

"Believe it or not, the number of people who visit Alaska every year is more than double our year-round residents. Over 1 million people visit during the summer alone, and winter vacations in Alaska are starting to catch up in popularity as brave tourists come to see the Iditarod or watch the northern lights dancing in the night sky. We never get tired of seeing people who genuinely enjoy and are awed by their visit to Alaska."

The Promise of Paradise: Utopian Communities in British Columbia

What It's About: Expanded edition includes updated information on several utopian communities in the Pacific Northwest. Dating back 150 years, British Columbia has been home to an array of experimental communities ranging from peaceful and harmonic to controversial and feared. Some continue to this day. Others have disappeared and are shrouded in mystery. While writing "all utopias are doomed," the author also believes they have their place as "living laboratories, places where we keep trying to invent improved versions of ourselves so we can survive and evolve as a species." Among the groups: Doukhobor farmers, Finnish coal miner, Quakers, hippies, and the Ochiltree Organic Commune, which embraced meat eating and coffee drinking.

Excerpt: "British Columbia is not unique as a proving ground for quixotic ideas. Cults, colonies, and communes have come and gone elsewhere in North America and around the world. But the fact that Canada's westernmost province has seen such an abundance of utopian settlement attempts, over a relatively short period of time, calls for closer scrutiny. This book examines some of the most significant alternative communities and looks at the impulses that inspired them.

"Why is BC blessed with this rich history? Was it because the province was part of the last hospitable corner of the world to be explored and colonized by representatives of western civilization? To the European mind, preoccupied with the noble tasks of improving the human condition and getting rich, the Pacific Northwest was a vast remote space on the map, a blank slate where any number of ambitious schemes might take root and flower. The age of exploration — at least for the temperate zones — ended there.

"The region attracted visionaries and schemers from around the world. Those who were chronically dissatisfied with the familiar and routine frequently ended up in British Columbia. Those who were used to moving on and starting anew stopped there as they searched for the kingdom of their dreams. They found they could move no further. B.C. was the end of the road."