Mr. Fix It: Korean immigrant builds a life and business in Anchorage 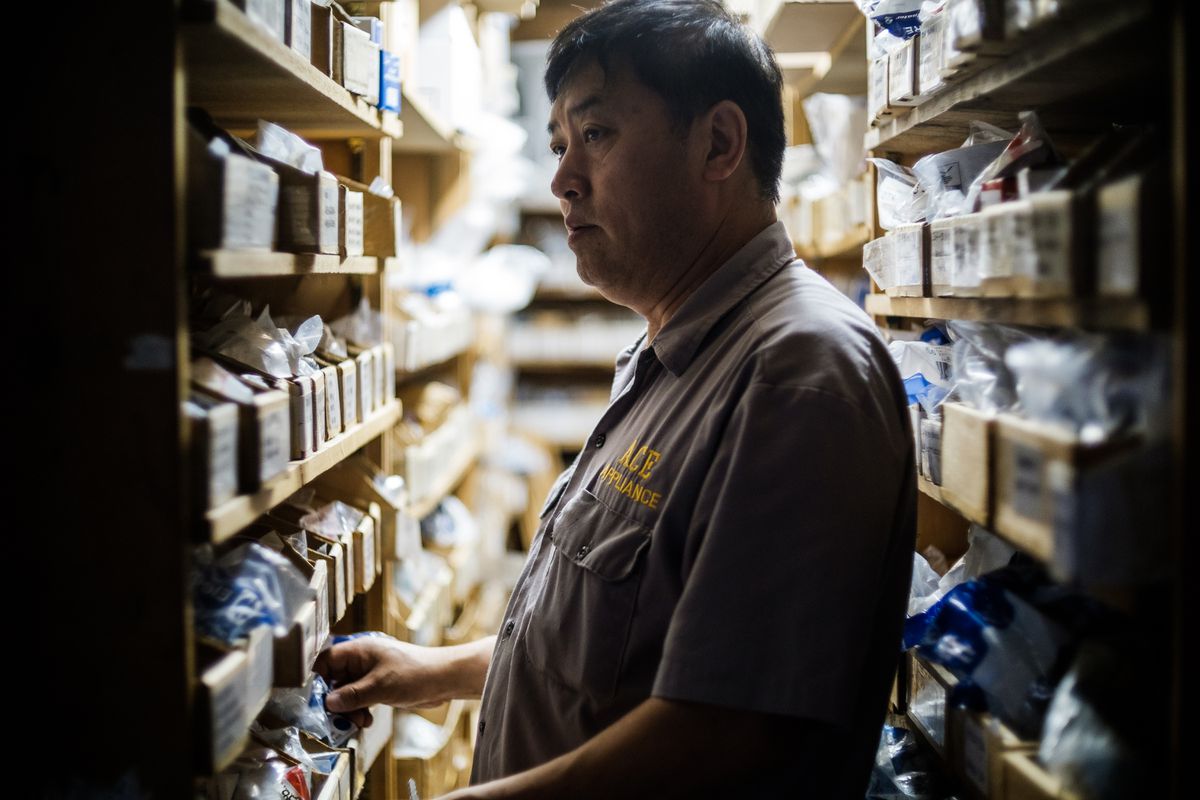 Chun B. Park searches for a needed part in his back stockroom. (Young Kim / Alaska Dispatch News)

Chun B. Park searches for a needed part in his back stockroom. (Young Kim / Alaska Dispatch News)

If you asked Chun B. Park in 1985 what he'd be doing today, he probably would have said repairing appliances — albeit under very different circumstances.

Park, known to many simply as Brian of Ace Appliance, has been fixing washers, dryers, dishwashing machines and refrigerators in Anchorage for more than 20 years. Park learned to repair while living in South Korea, where he was born and raised, during a time when the country was going through many changes — both industrially and economically.

"There was an industrial boom, and the government really pushed technical school on us," Park said. "Like the Japanese before us (South Koreans) and similar to what the Chinese have been going through recently, Korea wanted to prosper."

After graduating from technical school with an emphasis in electrical work and serving in the South Korean military (which was, and still is, mandatory for all male citizens of the country) as a telecommunications specialist in the Demilitarized Zone, Park started working for a home appliance company. There, he was able to put his new skills to use. This would also be the place where Park met his future wife, Boon.

After three years at the company, Park decided to move to the United States in 1985 to be closer to family that had already emigrated from South Korea. However, because he couldn't speak English at the time, the only skills he had weren't of much use. He wasn't able to talk to people about problems they were having with their appliances or order new parts.

But needing to earn an income, he worked odd jobs in restaurants and at the post office. He took these as an opportunity to provide for his family and learn English.

"It's not about what I wanted to do, but what I could do," Park said.

Following the birth of his first son, Park recognized he needed a career change to support his growing family. He shifted gears and went from being an hourly paid employee to a business owner after purchasing and taking over Ace Appliance in 1995, just 10 years after moving to Alaska. As a new business owner, Park remembers working more hours than he ever had at any previous job, but he didn't mind the long days. Running a business was something he grew to love.

"Being your own boss is good. Actually more than being good, it's ideal," Park said. "You don't want to be answering to someone else just because you're getting paid hourly."

And now after running Ace Appliance on Anchorage's Fireweed Lane for more than 20 years, Park has developed a rhythm for his day-to-day activities. In the mornings, he spends a few hours at his shop repairing different appliances and ordering parts. At around 11 a.m., his wife comes in with his lunch and works the front desk so he can then leave and make house calls. Park averages about seven or eight house calls a day and usually heads back to his shop in the evening to close before heading home with his wife. Park does this every day, six days a week, taking time off on select holidays and Sundays to attend church with his family.

Park isn't sure what he would be doing if he wasn't at Ace Appliance, but he is sure of one thing: He'd do whatever it takes to provide and fulfill his role as both a father and husband.

"It's my responsibility to take care of them," Park said.