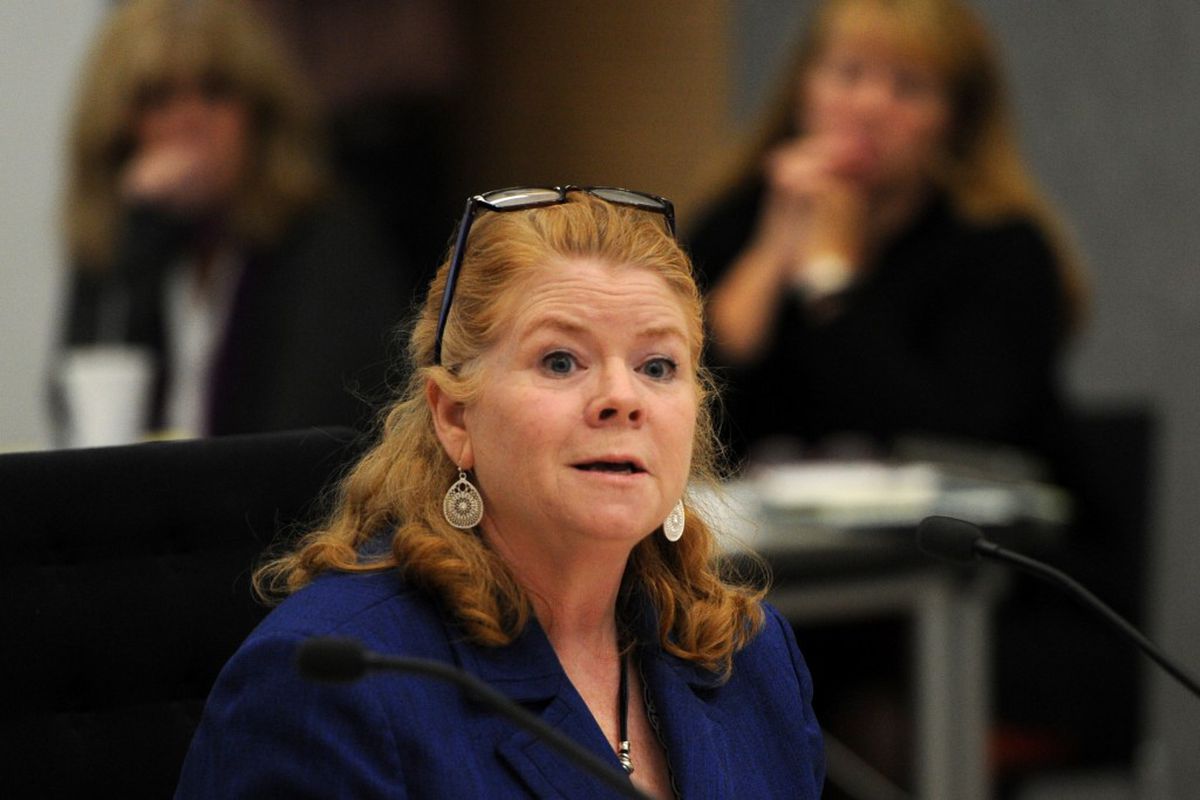 Cynthia Franklin, executive director of the Alcohol and Marijuana Control Office, testifies during a hearing before the House and Senate Judiciary Committees at the Anchorage LIO on Wednesday, September 14, 2016, downtown. (Erik Hill / Alaska Dispatch News)

Cynthia Franklin, executive director of the Alcohol and Marijuana Control Office, testifies during a hearing before the House and Senate Judiciary Committees at the Anchorage LIO on Wednesday, September 14, 2016, downtown. (Erik Hill / Alaska Dispatch News)

The Senate and House Judiciary Committees met Wednesday afternoon to discuss the status of the fledgling commercial marijuana industry. One of the largest topics of discussion was the existence of marijuana social clubs, which have been operating in Alaska for the past year and a half.

Social clubs opened in the wake of Alaska's initiative legalizing recreational marijuana. For a membership fee, the clubs provide a venue where people can consume cannabis. Sometimes free samples are provided by growers.

After voters passed the initiative, the state defined "in public" to include businesses or a place to which "a substantial group of people has access." Under those qualifications, the marijuana clubs are considered public and are thus illegal, Lindemuth wrote.

LeDoux disagreed with the definition. Alaska's voter initiative bans public consumption, enforced with a $100 fine. LeDoux interpreted public consumption as being out in the open, she said. "It meant you can't have people smoking joints walking down the street."

"I'm not sure that these clubs meet that kind of 'public' definition … I'm troubled that the regulations are making the law instead of the Legislature making the law," she said.

Lindemuth responded that the definition was broad, but consistent with statute.

LeDoux asked whether a truly private club, such as the Elks Lodge, could create a similar space. Lindemuth said the question was outside of the scope of the legal opinion.

Sen. Lesil McGuire said the issue was complex, full of mixed messaging, and was in need of clarification.

Meanwhile, the Marijuana Control Board has pushed back finalizing its own rules around on-site consumption areas, akin to a marijuana bar or cafe, which had been slated for discussion at its September meeting.