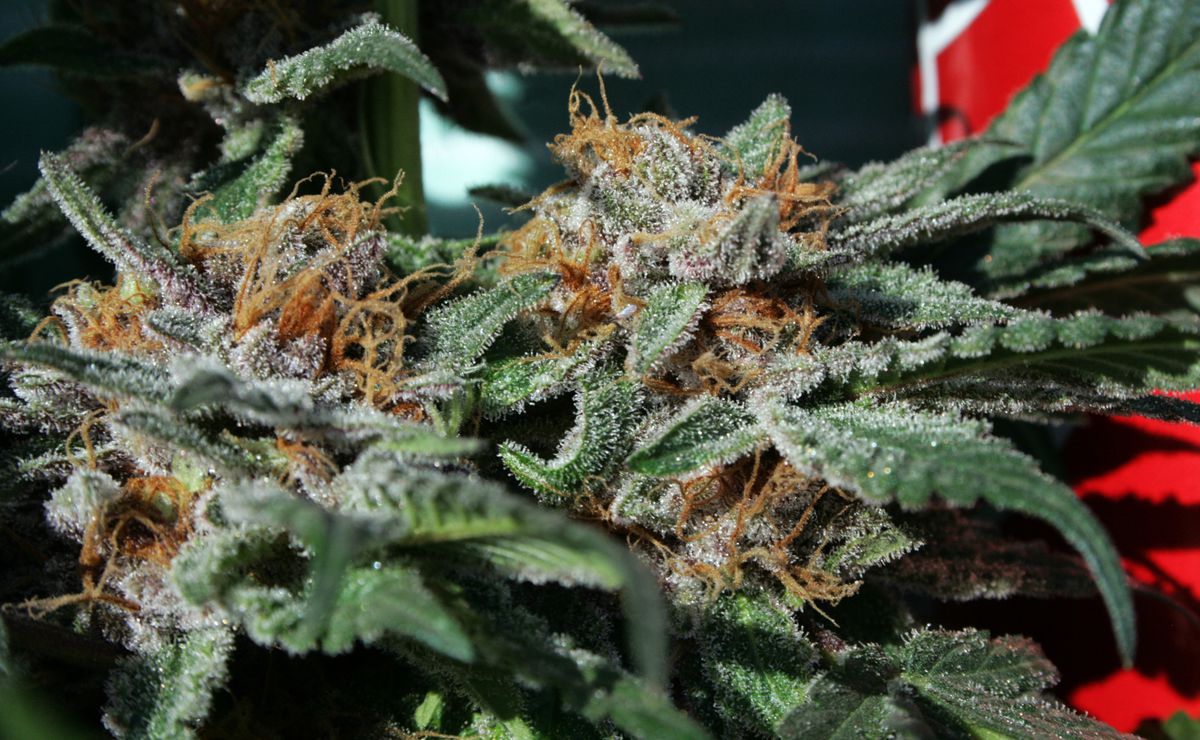 That's due to a loophole in the Matanuska-Susitna Borough regulations company owner Krystal Dietrich discovered a few months ago.

A special-use district covers Dietrich's property where she breeds Rottweilers and Paint horses along the 14-mile road leading from the Parks Highway to Talkeetna.

She revealed the ramifications of that discovery during a state Marijuana Control Board meeting in October.

"I said the borough can't force me to get a conditional-use permit," Dietrich said. "If I hadn't said something at that meeting, nobody would have known but me."

But even though she didn't have to go through the hearings and other trappings of the conditional-use permit process, Talkeetna Herb Co. doesn't seem to be getting much pushback from people in Talkeetna.

Instead, it's a retail marijuana dispensary proposed for the tourism-dependent downtown corridor that's getting much of the attention.

Co-owner Joe McAneney hopes to open The High Expedition in a space formerly occupied by a candy store at the far end of Main Street, next to a town park near the Talkeetna River.

That's triggered opposition from some in town, who say The High Expedition needs to be held to the conditional-use process.

Talkeetna Herb Co.'s grow is out of town so it's not a problem, said Geri McCann, a longtime tour operator and 40-year resident.

But the business proposed by McAneney, a relative newcomer, could harm Talkeetna's long-cultivated image as a tourism destination, McCann said.

Thousands of cruise-ship passengers transported to Talkeetna every summer may not like seeing a marijuana dispensary at the end of Main Street, she said.

A spokesperson for Holland America Line and Princess Cruises said the company doesn't take positions on any particular location or license. But the companies supported requirements that dispensaries post signs warning against transport on planes or ships.

They also will continue to enforce a "zero tolerance at our properties" including the McKinley Princess Lodge north of Talkeetna and two hotels in the Denali Borough, spokesperson Ralph Samuels said in an email.

Critics say they are simply asking for the borough's conditional-use permit process to apply to The High Expedition so any concerns can be addressed.

"It's not fair and it's not right he could do that and just sidestep the process that the borough wants him in," McCann said.

McAneney, who sits on the board of the Talkeetna Chamber of Commerce, said "a majority" of downtown businesses support The High Expedition. He also contends he planned to file a conditional-use permit from the start, regardless of the code.

He blamed the controversy on a vocal minority, and said the loophole and the negative publicity — not only for his business but for the town — is hurting more than helping at this point.

"I'm actually advocating that they do change it as soon as possible because it's currently holding me up," McAneney said.

Borough officials scrambling to fix the problem say they expect a remedy next week. A proposed amendment that's on a bureaucratic fast-track would add special land-use districts to the conditional-use permit code.

The amendment got the backing of the borough's 17-member Marijuana Advisory Committee on Thursday. It still needs to pass through the borough planning commission Monday night before going before the Mat-Su Assembly for potential approval Tuesday night.

Dietrich joins just a handful of businesses in the Valley, Alaska's reputed marijuana cultivation capital, that are close to opening.

Several in Houston are even closer than she is: Three are poised to get business licenses, according to City Clerk Sonya Dukes.

That's because the city voted to continue to allow legal recreational marijuana sales. The cities of Palmer and Wasilla opted out, so sales there aren't legal.

The borough, meanwhile, instituted a moratorium on any marijuana license applications until early October. That's when borough voters got the chance to decide whether they wanted legal marijuana sales. They did, by a fairly wide margin.

But the delay cost Dietrich, she says. She couldn't start construction on her grow facility until it was lifted following the vote.

"I was supposed to be the first cultivation facility in the whole state of Alaska and the borough took that away from me by putting in the moratorium," she said.

Her state license application was approved last week. She hopes to be up and running within two months.