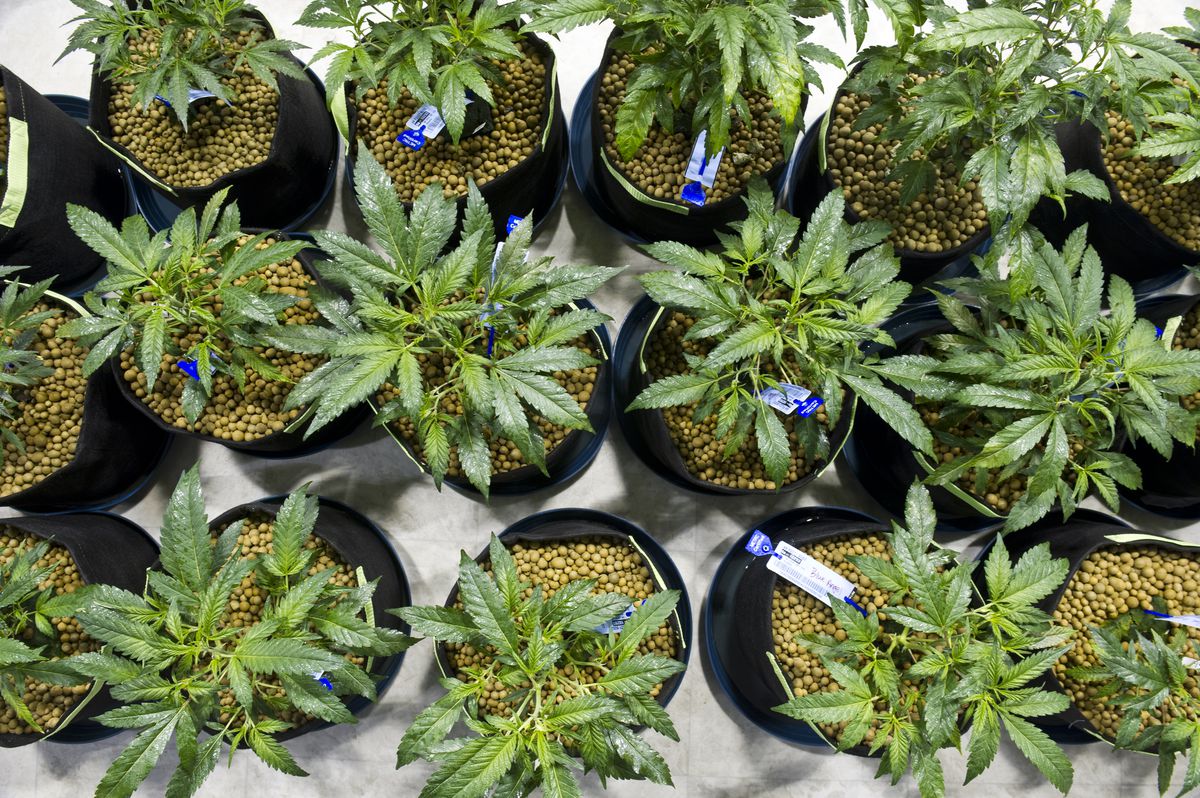 Alaska's marijuana tax revenues decreased in January as supply shortages caused many shops to shut down temporarily or reduce their hours.

Seventeen growers paid $107,500 in January taxes to the Department of Revenue's Tax Division, according to data from Kelly Mazzei, revenue audit supervisor.

In January, 111 pounds of bud was sold, and 77 pounds were sold from other parts of the plant.

All told, Alaska has collected $344,800 in taxes since the first tax payments. The state's first marijuana shops opened during the last few days of October.

But last fall, that estimate dropped to $5 million, Mazzei wrote.

Many shops had to close down temporarily, or shortened operating hours in January, lacking enough cannabis to meet demand.

"We think the demand is there, and as soon as the supply can meet demand, we hold that our forecasted amounts are on target," Mazzei wrote.

The division would need to collect about $1 million in taxes for the next five months to hit that estimate, she wrote.

Supply shortages were likely partially based on the fact that many grows started up around the same time, said Leaslea Nunley, owner of Tanana Herb Co. in Fairbanks.

"Harvests are like six to eight weeks apart … so you're going to have that lag between one harvest and another until everybody gets rolling," Nunley said.

Tanana Herb Co., an indoor cultivation facility, was in between harvests in January, Nunley said.

The company was preparing dried marijuana for sale, which didn't go out until the end of the month, Nunley said. The business sold more cannabis in February, she said.

That's because in December a number of retailers opened their doors, Abel said.

Among those retailers were the first two shops in Anchorage. At the time, no marijuana grown in Alaska's largest city was ready for sale, so Anchorage stores had to rely on weed from other communities. All three of Fairbanks' marijuana stores were shut down for weeks in January due to supply issues.

Nunley said she expected supply woes to ease up soon. To date, many marijuana stores still keep shortened hours, or only open a few days a week.

"Supply issues are slowly improving with lots of new cultivators on the horizon but are still (affecting) everyone," wrote Keenan Hollister, co-owner of marijuana shop and cultivation facility Pakalolo Supply Co. in Fairbanks.

And come summer, Alaska may see another shortage as tourists arrive in the state, Marc Theiler, owner of Red Run Cannabis shop, predicted in January.

At Greatland Ganja, a small crop was harvested in January, Abel said. But the company's business model is based around a large outdoor summer harvest and smaller indoor crops to supplement income through winter months.

Abel said the company wouldn't be making large tax payments again until next fall. In February, Greatland Ganja's sales would produce even less tax revenue than the month before, Abel said.

The 17 growers who paid taxes in January are spread through many different communities: Two were in Anchorage, five were in Fairbanks and three were in Kenai. Homer, Juneau, Kasilof, Seward, Sitka, Sterling and Valdez each had one grower that paid January taxes.

Eight cultivators paid their taxes in cash, and nine paid with either check or cashier's check.

Half of the tax revenue will go to the state's general fund. The other half has been appropriated to programs aimed at reducing repeat criminal offenders.

The tax division's current marijuana tax estimate for fiscal year 2018, which begins July 1, is $10.8 million. An updated spring forecast will be released in March, Mazzei wrote.