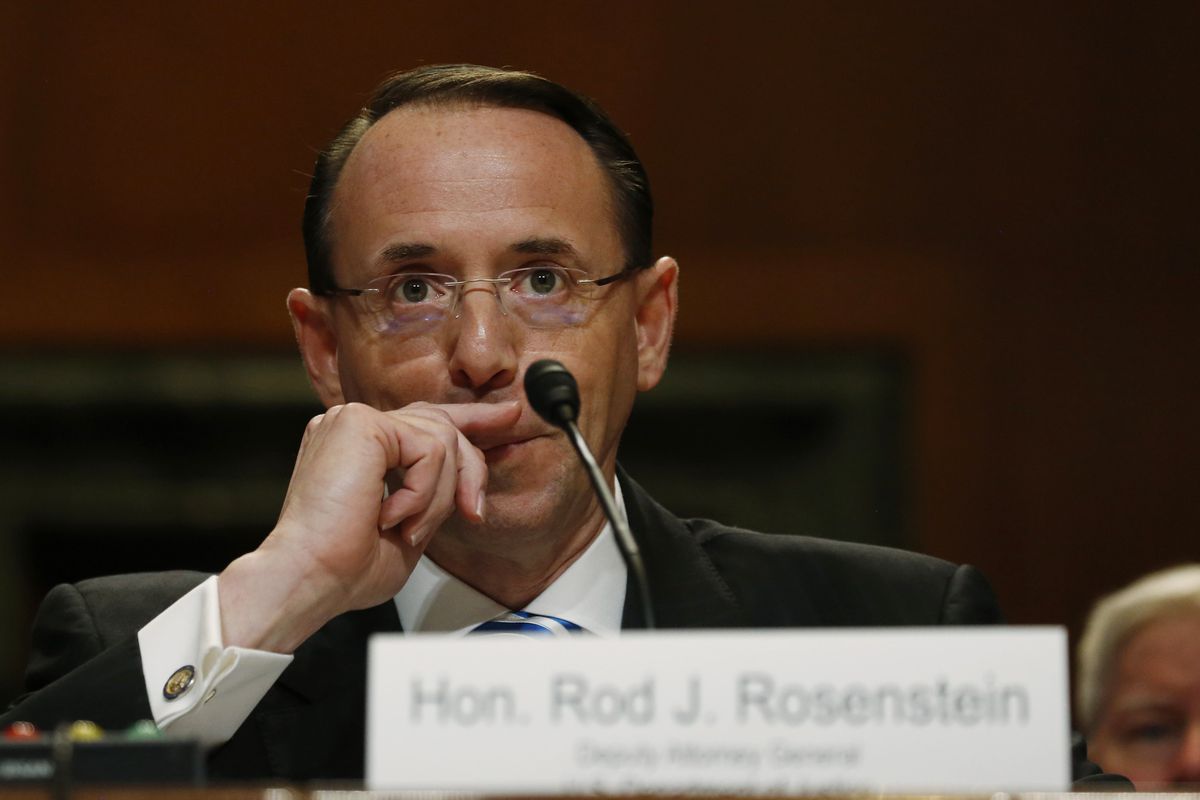 WASHINGTON — Deputy Attorney General Rod Rosenstein was not reassuring to marijuana advocates on Tuesday when Alaska Sen. Lisa Murkowski grilled him on the direction the new administration is taking with regard to enforcing the federal prohibition of the drug.

"From a legal and scientific perspective, marijuana is an unlawful drug. It's properly scheduled under Schedule I and therefore we have this conflict," Rosenstein said.

Marijuana is classified as a Schedule I drug under the Controlled Substances Act. That is the most stringent tier for illegal drugs, and means it is defined as having "no currently accepted medical use and a high potential for abuse." Schedule I drugs, such as marijuana, heroin, LSD and ecstasy, are associated with more stringent federal penalties.

Medical marijuana is legal in 29 states, as well as the territories of Guam and Puerto Rico, and the District of Columbia.

But "Alaska is one of those states that has not only enacted medical marijuana statutes, but we through ballot initiative have allowed for broader sale and use of marijuana that is regulated as we would regulate alcohol," Murkowski told Rosenstein at the committee hearing Tuesday.

Murkowski, a Republican, was looking for assurance that the Justice Department planned to uphold a 2013 policy known as the "Cole memorandum," named after then-Deputy Attorney General James Cole. The memo said that the federal government would not challenge state marijuana laws and would instead focus on preventing drug-related crime, keeping drugs out of the hands of children, and stopping the transport of marijuana to states where it is illegal.

[Murkowski and Warren urge attorney general to back off marijuana]

Murkowski said she is "concerned" and "speaking for a lot of people in my state who are worried about the inconsistency between the state marijuana laws (and) federal policy."

"Where are we headed with marijuana?" Murkowski asked.

Rosenstein didn't quite paint a clear path forward, but he made clear that he is not a fan of legalized marijuana.

Currently, "we do have a conflict between the federal law and the law in some states. It's a difficult issue for parents of teenagers like me, who have to provide guidance to our kids," he said.

"But I can tell you, I've talked to (acting Drug Enforcement Administration head) Chuck Rosenberg … about this … and we follow the law and the science," Rosenstein said.

The Cole memorandum is still in effect, but there could be changes in the future, Rosenstein said.

"So I can assure you that's going to be a high priority for me as the new U.S. attorneys come on board, to talk with them about how to deal with that challenge in the states that have legalized or decriminalized marijuana, whether it be for recreational or medical use," he said.

In the end, Rosenstein said, marijuana is still illegal under federal law.

That didn't provide much of an answer for Murkowski, who was seeking some certainty as pot shops open around the state and Alaskans settle into a new regulatory structure for marijuana.

An amendment in place since 2014 blocks the Justice Department from using federal funds to stop states from implementing their own laws to allow use and distribution of medical marijuana.