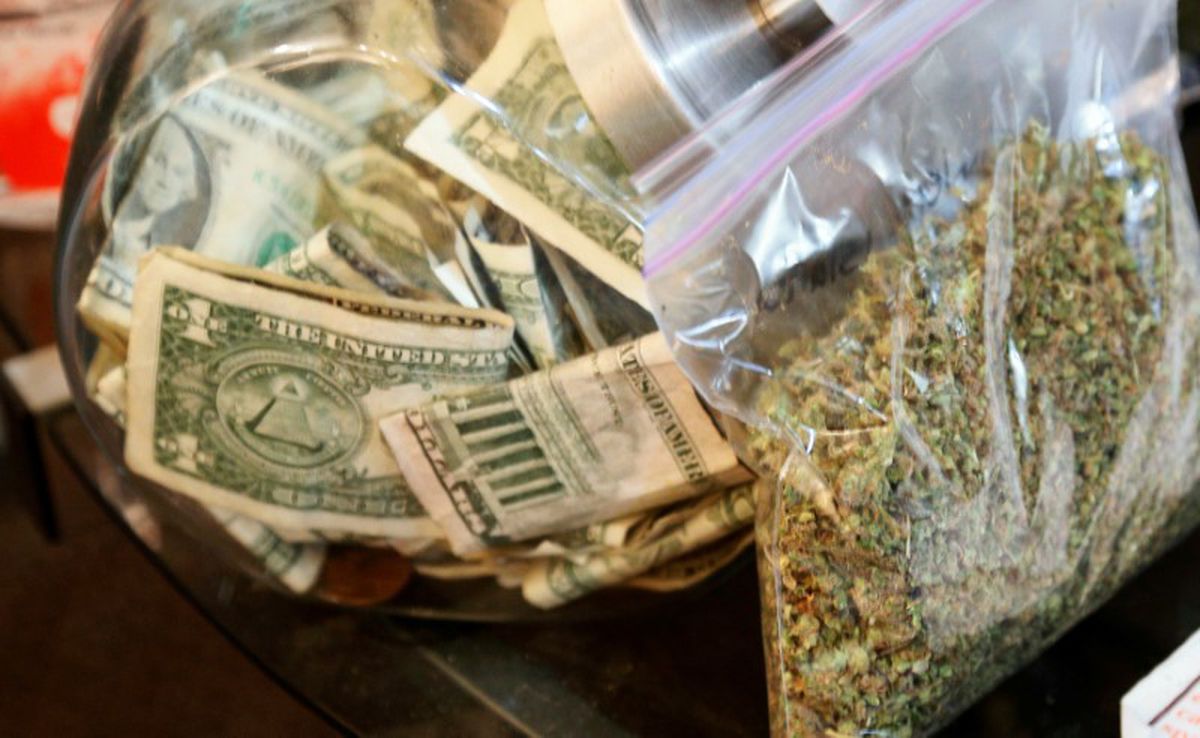 A bag of marijuana being prepared for sale in Colorado. (Rick Wilking / Reuters file)

A bag of marijuana being prepared for sale in Colorado. (Rick Wilking / Reuters file)

WASHINGTON – Attorney General Jeff Sessions on Thursday made it easier for U.S. prosecutors to enforce federal marijuana laws in states that had legalized the substance – drawing swift criticism from jurisdictions that have approved pot use and stirring confusion among entrepreneurs in the burgeoning billion-dollar industry.

Whether Sessions' Justice Department actually busts dispensaries or others involved in state-approved pot production remains to be seen, but his decision to undo previous guidance and possibly put a federal crackdown on the table riled business people, legislators and civil liberties advocates across the country.

Though marijuana already was illegal under federal law, the Justice Department during the Obama administration had issued guidance – which Sessions revoked – discouraging enforcement of the law in states where it was legal.

Eight states and the District of Columbia have laws allowing for recreational marijuana consumption, according to NORML, a group that advocates legalization and tracks pot-related legislation. Many more permit the use of medical marijuana.

Those opposing federal pot laws said they felt Sessions was trying to stop the country's momentum toward full legalization of marijuana – which just days earlier had become legal to some fanfare in California. They warned that Sessions wants to impose his view that the country should return to the war on drugs. Sen. Cory Gardner, R-Colo., a member of Sessions' political party, even threatened to hold up the confirmation of nominees for key Justice Department leadership posts in response.

Sessions countered that he was merely enforcing federal law, which prohibits marijuana use, and giving discretion to U.S. attorneys.

"It is the mission of the Department of Justice to enforce the laws of the United States, and the previous issuance of guidance undermines the rule of law and the ability of our local, state, tribal, and federal law enforcement partners to carry out this mission," the attorney general said in a statement. "Therefore, today's memo on federal marijuana enforcement simply directs all U.S. Attorneys to use previously established prosecutorial principles that provide them all the necessary tools to disrupt criminal organizations, tackle the growing drug crisis, and thwart violent crime across our country."

Sessions announced his decision in a memo sent to U.S. attorneys. He said prosecutors should disregard the old guidance and instead use their discretion – taking into consideration the department's limited resources, the seriousness of the crime, and the deterrent effect that they could impose – in weighing whether charges were appropriate.

The Department of Justice still lacks leaders in several key spots, including heads of the national security, criminal and civil rights divisions. In an interview, Gardner said that while he personally opposed marijuana legalization, his state voted otherwise.

"I talked to Jeff Sessions today, and we are going to have a conversation next week," Gardner said. "Let's just say, there was no reconciliation of differences."

Even President Donald Trump had said in 2016 that he would not use federal authority to shut down sales of recreational marijuana and instead believed the matter should be left "up to the states."

In a briefing with reporters, a senior Justice Department official said it was unclear whether the new directive would lead to more prosecutions, because that will be up to individual U.S. attorneys across the country. But the official said previous guidance "created a safe harbor for the marijuana industry to operate in these states," and that was inconsistent with federal law.

There are 93 U.S. attorney slots across the country, and so far, Trump has nominated 58 people, 46 of whom have been confirmed by the Senate. On Wednesday, Sessions picked 17 more to serve in interim posts, including in Nevada, California and Washington, where marijuana is legal.

The U.S. attorney in Colorado, where marijuana also is legal, issued a statement saying his prosecutors had already been guided by the principles Sessions outlined and would, "consistent with the Attorney General's latest guidance, continue to take this approach in all of our work with our law enforcement partners throughout Colorado."

Cannabis entrepreneurs in the Mountain West and West Coast said they were left with even more uncertainty after waking up to the news that Sessions was changing the state of play.

"Everyone was calling and texting and asking for guidance. I think it certainly makes everyone insecure and adds a layer of confusion to an already complex landscape," said Krista Whitley, founder and CEO of Las Vegas-based Altitude Products, which sells recreational and medicinal cannabis products. "What we're looking for in this industry is some level of confidence in where the future lies, and some level of security."

She said the Sessions decision could scare away some investors who had been eager to participate in what has been dubbed the "green rush."

Andrew Freedman, former director of marijuana coordination for the Colorado governor – he was known as the state's "marijuana czar" – said he wasn't surprised by the news from Washington because "Sessions always wanted to create chaos in the industry."

He said that under the Obama-era guidance, there remained tension between federal and state law but there was at least guidance about how states and the federal government could align their priorities.

Sessions' Justice Department has taken a hard line against marijuana. He has said in the past he did not believe marijuana should be legalized, suggesting at an appearance last year that medical marijuana had been "hyped, maybe too much." His department also has effectively blocked the Drug Enforcement Administration from taking action on more than two dozen requests to grow marijuana for use in research.

Sessions and top Justice officials had long been reviewing the 2013 guidance from then-Deputy Attorney General James Cole and related memos directing federal prosecutors to effectively back off marijuana enforcement in states that had legalized the substance and had a system in place to regulate it. His new directive also ostensibly affects medical marijuana, though other guidelines might dissuade prosecutors from actually bringing a case against someone using the substance for medical purposes.

In practice, the previous guidance meant U.S. attorneys in jurisdictions that had legalized marijuana at the state level were often reluctant to bring marijuana cases. They might now be more willing to consider such prosecutions – though they will still potentially have to contend with jurors sympathetic to defendants whose conduct would not be illegal under state law.

John Moscow, a former New York county prosecutor, said, though, they might have another option under laws that allow federal authorities to seize money or property apart from bringing criminal charges.

"Prosecutors may not want to bring criminal charges involving marijuana because juries are not necessarily sympathetic to the claim that this is a crime to which people should be prosecuted. But prosecutors can avoid the risk of loss by seeking to forfeit all the money and all the property involved in the sale of marijuana under civil forfeiture laws," he said.

The DEA does not necessarily consider marijuana its highest priority in every jurisdiction, an official said, though agents do feel it is problematic in some areas, including in states where it is legal.The Fraternal Order of Police issued a news release praising the directive as good for public safety and health.

"Our members don't make law or policy – we enforce it," FOP National President Chuck Canterbury said. "If our citizens want to change the existing law, they should do so. As law enforcement officers, we cannot pick and choose what laws will be enforced."

The Washington Post's Karen Tumulty contributed to this report.