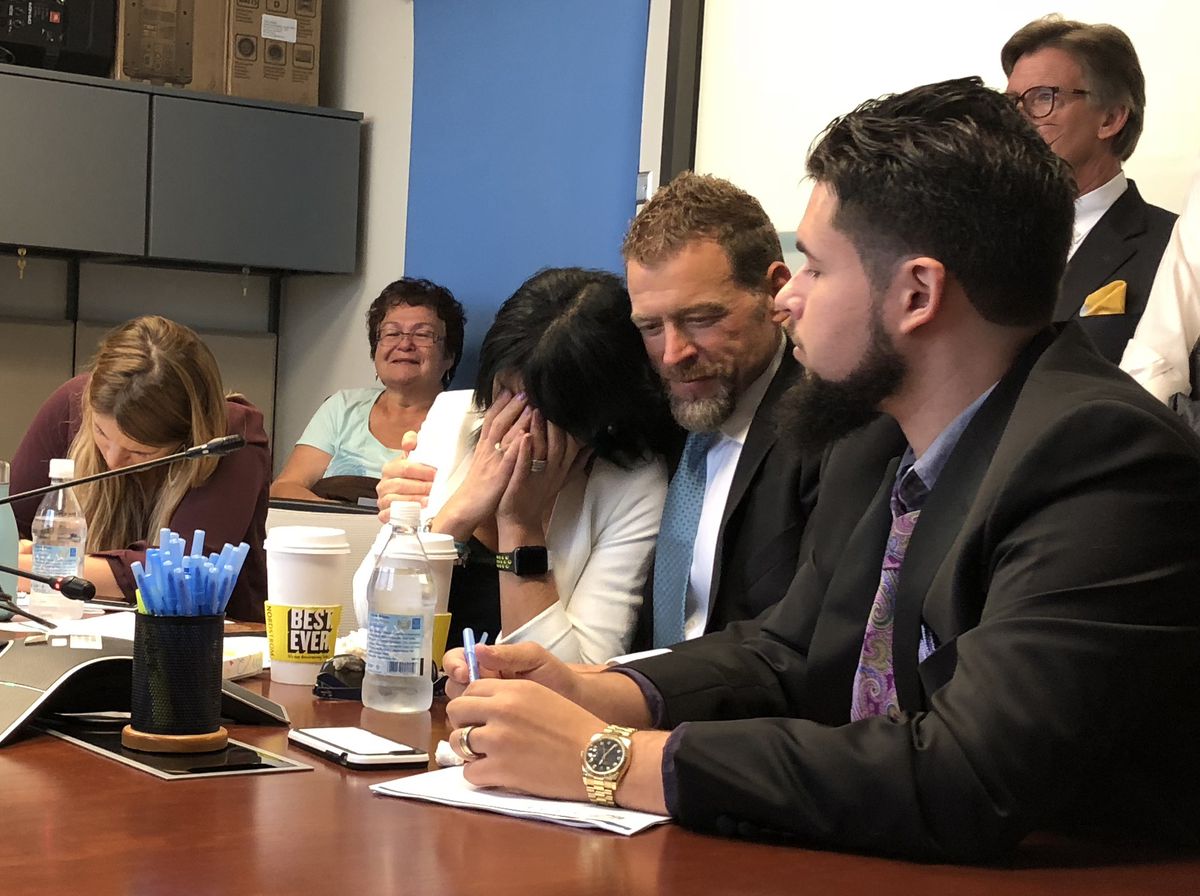 Alaska's marijuana regulators said Friday that they made a mistake in a previous decision that caused an Anchorage pot shop to shut down, and they voted to reverse their ruling.

The reversal means that Cannabaska, a marijuana store on Tudor Road, can reopen. The cultivation side of its operations can also continue. The state had seized the businesses' cannabis plants and other inventory, and that seizure was set to end at 4:30 p.m. Friday.

"I can breathe now," owner Smadar Warden said after the hearing.

On July 26, the Marijuana Control Board revoked Warden's marijuana handler's permit after a monthslong investigation into the businesses' waste disposal methods, due to marijuana scraps found outside a dumpster behind the store. That decision effectively shut down both the storefront Cannabaska and cultivation facility Alaska Sense, both of which are owned by Warden.

But the decision also sowed confusion among staff at the Alcohol and Marijuana Control Office as they tried to make sense of it.

"There is confusion about the intent and consequences of your decision," Erika McConnell, director of the Alcohol and Marijuana Control Office, told the board Friday during a hearing about the issue.

About 20 employees and supporters of Warden came to the hearing, packing a conference room and spilling out into the hallway at the Alcohol and Marijuana Control Office in downtown Anchorage.

McConnell started the hearing by saying she was surprised by the board's decision to revoke Warden's handler's permit. McConnell originally recommended shutting down the cultivation facility only, and not the storefront, she said.

If they were trying to shut down the storefront, that would need to be brought forward in a separate accusation, McConnell said, to allow for proper due process.

"What was the board expecting to happen?" McConnell asked.

Also, McConnell said, "in what is possibly oversight," no process had ever been put in place to make sure all licensees, like Warden, have a marijuana handler's permit — and further investigation had found that other licensees did not have one.

In light of the confusion, McConnell asked the board to reconsider their July 26 decision.

Warden's attorney, Jana Weltzin, asked the board if the crime fit the punishment.

"Do scraps on the ground, and refusing to cut open a dumpster and destroying your own property, equate to ruining two businesses, and putting 50 people out of work, crushing, you know, (Warden's) entire financial existence?" Weltzin said.

The board went into executive session — excluding members of the public — to discuss the matter.

When board members emerged, they brought a motion to reinstate Warden's handler's permit card, and effectively allow the marijuana grow and store to reopen.

"After consideration, revoking Ms. Warden's marijuana handler's card may have been procedurally incorrect for the board's intent," said board member Brandon Emmett.

"I do think that the outcome of our last vote was confusing for people, particularly for staff and the way it should be implemented," said board member Nick Miller.

The board voted four to one to reinstate Warden's marijuana handler's card, with board chair Mark Springer dissenting. After the vote, Warden began to cry. A few people in the room clapped.

But the Marijuana Control Board also expressed concern about the business, saying that the reversal didn't negate the problems that had been brought to their attention.

"I personally think that this organization is not well run, that it is not serving the marijuana industry," board member Loren Jones said.

After the hearing, Warden said she was relieved but wasn't sure yet when the business would reopen. "We are planning to change everything," she said.

"We'll have a new face. It'll be a new Cannabaska to the community definitely, and to the board," said Lorenzo Gonzalez, manager for the cultivation facility.