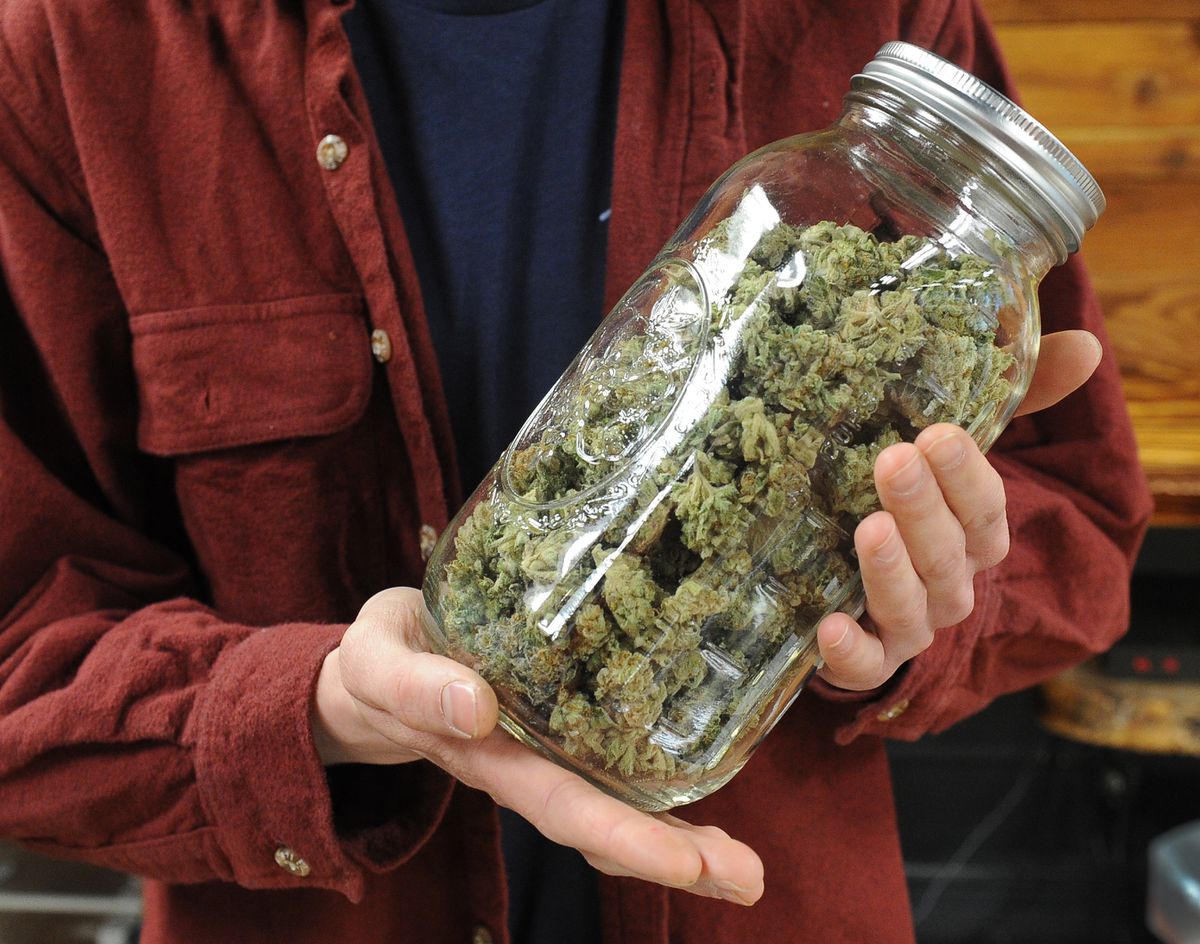 A Fairbanks company is exploring the idea of bringing the first retail marijuana store to Eagle River, an area that has resisted commercial cannabis since Alaskans voted to legalize recreational use in 2014.

The owners of Good Cannabis have begun talks with local leaders about the possibility of opening a high-end retail marijuana business in downtown Eagle River.

“Our goal is to work with top designers and contractors to create one of Alaska’s most elegant and stylish stores of any retail segment,” the company wrote in a pamphlet provided to Anchorage Assembly member Crystal Kennedy and distributed to members of the Birchwood Community Council. “It would be our pleasure to become a productive and valued part of the Eagle River community.”

The company operates a cultivation facility and retail store in Fairbanks. In its pitch, it pointed to its work with local charities and included letters of support from Fairbanks Mayor Jim Matherly, a North Pole church, the HomeTown Hero Project and two Fairbanks-area businesses.

Kennedy isn’t convinced. She said Chugiak-Eagle River residents voted against legalization in 2014 and “as far as I know the sentiment hasn’t changed.”

Kennedy pointed to the 2014 ballot initiative that legalized recreational marijuana in Alaska but was opposed by about 55% of Chugiak-Eagle River voters.

But while a majority opposed legalization, there are also those who support recreational cannabis: Two area precincts -- Chugiak and Eagle River No. 1 -- voted in favor of legalization, and Assembly District 14 residents contributed the fifth-most signatures during the effort to place the initiative on the ballot.

Kennedy thinks many of those who voted in favor of legalization in Chugiak-Eagle River could have been confused about how the initiative was worded.

“That’s what people told me,” she said.

Kennedy said she thinks a pot shop could bring numerous problems to town, ranging from an increase in impaired driving to the potential for the cash-only business to be targeted by thieves. She pointed to statistics from the Anchorage Police Department showing the percentage of traffic fatalities involving drivers who tested positive for THC (the psychoactive substance in marijuana) rose from about 24% in the three years prior to legalization to 44% in the two years after.

However, those statistics also show drivers who had only THC and no other drugs in their systems accounted for just 7.2% of fatal crashes since 2014, and the overall number of fatalities and injury crashes remained virtually unchanged in the two years following legalization.

The new company has a number of hurdles to overcome, including local rules that are stricter than elsewhere in Anchorage.

In 2016, Anchorage Assembly members Bill Starr and Amy Demboski helped push through more stringent regulations for pot businesses in the area, including a 1,000-foot setback from parks and residential areas — twice what’s required elsewhere in the municipality.

Jana Weltzin, the company’s attorney, said the owners of Good Cannabis don’t want to bring a pot shop to town if residents are steadfastly against the idea.

"We’re still at the beginning stages of this,” she said Tuesday. “We’re still looking at if the community would be accepting of it.”

Two of Good’s owners attended a meeting of the Chugiak-Eagle River Chamber of Commerce on Wednesday and said they plan to schedule visits with local community councils.

Weltzin said that’s why Kennedy was among the first people the company reached out to. The group understands there’s been opposition to marijuana in Eagle River and wanted to learn more about current feelings toward the industry.

“We wanted to get her insights,” she said.

Weltzin said the company has a strong reputation in its hometown as a women-founded business that supports local nonprofits and has been a good neighbor.

“This is a group that’s proven to be really community-minded in Fairbanks,” she said.

The company hasn’t settled on a location but will almost certainly need some kind of variance from the Anchorage Assembly if it plans to open anywhere in the Eagle River core area, which is relatively dense and includes a mix of residential neighborhoods, parks, schools and churches. That means nearly any location would fall within the 1,000-foot buffer.

Kennedy thinks the 1,000-foot setbacks are there for a reason.

“It’s definitely a tight community down there and I think one of the things people want to project is the idea of it being a family place,” she said of Eagle River’s central business district.

Despite her many concerns, Kennedy did say she’s open to the idea of a new pot business — but only if area residents have changed their opinion on retail marijuana.

“If that’s happened, I’m more than willing to listen.”

While legalized marijuana has its detractors, the industry has earned one high-profile advocate in U.S. Rep. Don Young, R-Alaska, a founding member of the congressional “Cannabis Caucus” and a staunch supporter of easing federal banking laws that make it difficult for marijuana businesses to thrive because they can do business only in cash.

“That’s nonsense,” Young told a gathering of the Chugiak-Eagle River Chamber of Commerce on Feb. 19.

Young said Alaskans voted to legalize recreational use, and while he’s “never smoked a joint in (his) life,” the 86-year-old said he’s cool with giving business owners the tools they need to thrive.

“I want it run like a business, and that’s banking law,” Young said.

Weltzin reiterated Good Cannabis’ owners have no plans to try to force a marijuana business on Eagle River. The company just wants people to keep an open mind.

“That’s why we’re taking it super slow and want to do a lot of community engagement,” she said.