Deep in the heart of Denali, ode to an aviation pioneer 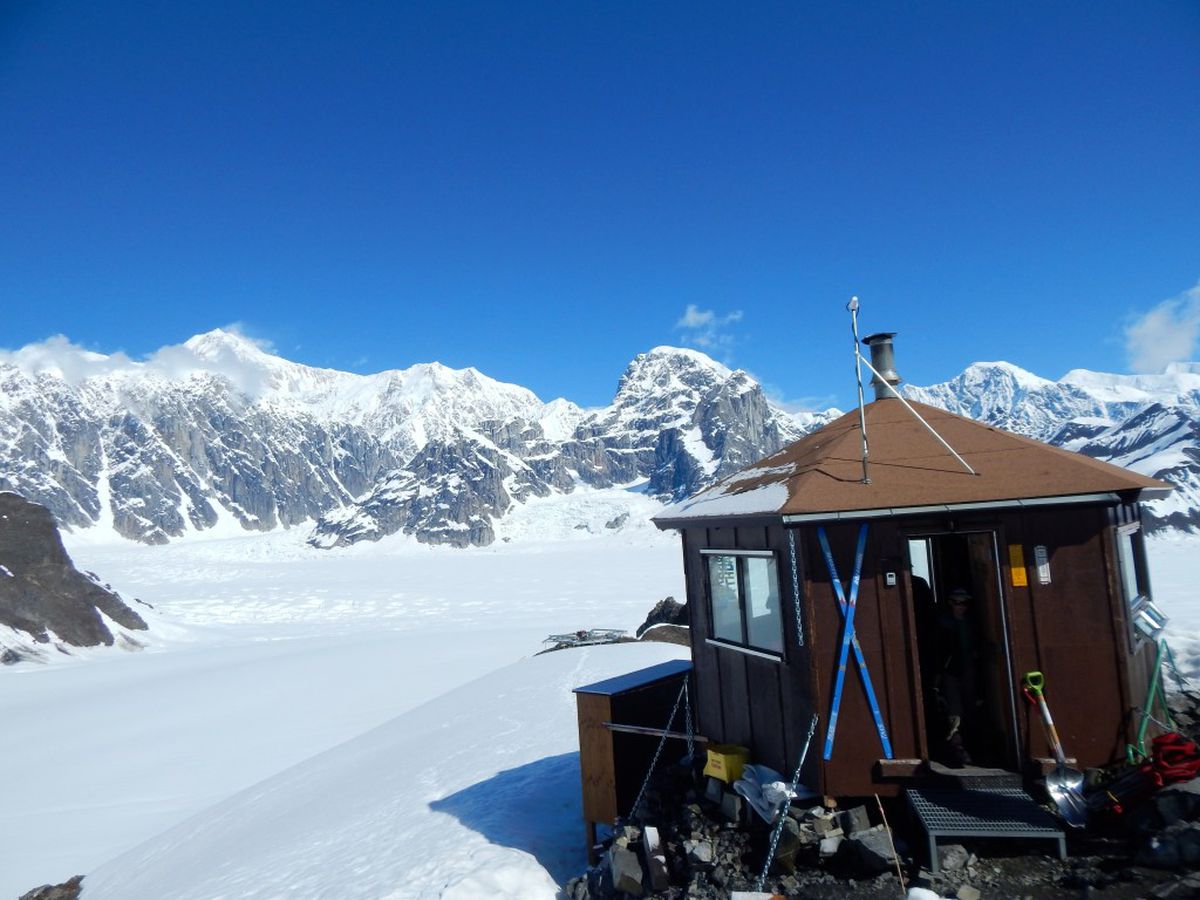 The original Sheldon Mountain House near Ruth Glacier, with a foundation for the Sheldon Chalet in the background. (Erin Kirkland)

The original Sheldon Mountain House near Ruth Glacier, with a foundation for the Sheldon Chalet in the background. (Erin Kirkland)

Parents sometimes leave unexpected memories with their children, and one of Robert Sheldon's earliest recollections involves a Piper Super Cub and the smell of aviation fuel.

"It's such a vivid memory, sitting on the lap of my father on the village airstrip in Talkeetna on a warm and fragrant summer day as he fired up the (airplane's) engine and it distinctively came to life. He moved through the final processes of throttling up and down, checking carburetor heat and adjusting the fuel mixture. Soon the ground was slipping away and a bright blue sky with puffy clouds took over the view."

This memory, he says, leaps to mind every time he catches the perfume of  "avgas," triggering a childlike excitement of small plane flight. For good reason. Sheldon's father, Don, was a symbol of Alaska aviation, exploration and conservation, which meant a unique early childhood for Robert and his sisters, Holly and Kate. Sheldon's name is legendary in Alaska for his exploits in Bush aviation, guiding and exploring Alaska's wild country.

I've always been fascinated with the intrepid men and women of flight during Alaska's territorial days, including Sheldon.

If you've taken a flightseeing trip near Denali National Park, you may have seen a tiny hexagonal structure perched above Ruth Glacier with wide, sweeping views of the High One's inner reaches. This is Sheldon Mountain House, where Don and his wife Roberta welcomed enthusiastic mountain-lovers to their personal slice of North America's highest peak. Sitting atop a nunatak, a rock outcropping above the icy footings surrounding it, Sheldon Mountain House was a carefully crafted retreat orchestrated by the elder Sheldons.

Pre-statehood Alaska was raw, rugged and largely unsettled in the early 1950s, and Don Sheldon often flew with Bradford Washburn, director of the Boston Museum of Science and the man responsible for mapping the expanse of Denali and the Alaska Range. At the time, Sheldon was known as an expert Bush aviator. He had seemingly been everywhere, according to James Greiner's book "Wager With the Wind", but Denali was special — fierce, constantly changing and exceptionally beautiful. Sheldon was smitten, and before the establishment of Denali National Park and Preserve prevented private ownership, he purchased 5 acres of rock above Ruth Glacier.

Don and Roberta loved the mountain, Robert and Kate told me, and wanted other people to love it too, believing that natural beauty should be shared. As flightseeing along Denali's flanks and landing upon its glaciers gained popularity, the Sheldons saw an opportunity to encourage longer stays. Don strapped lumber to the outside of his Cessna 180 and the Super Cub, making multiple trips to Ruth Glacier before enlisting the help of two Talkeetna craftsmen to build Sheldon Mountain House in 1966.

This wasn't a typical cabin, even by Alaska standards. High above Sheldon Amphitheater, the original Mountain House sits at 5,850 feet and has the ability to impress anyone who climbs the 300 steep stairs to its front door. Once inside, the views from this 200-square-foot building are nothing less than spectacular. From there, Robert and Kate shared their family history and efforts to continue a project started by their adventurous mother and father.

Holly, Kate and Robert were young (8, 6 and 4, respectively) when their father died of cancer, but they have strong memories that tie them to Alaska, flying and the mountain (Holly now co-owns Sheldon Air Service in Talkeetna). Don and Roberta were a team, both as parents and outdoor adventurers, working to make their Alaska life, Sheldon Mountain House included, a place of recreation and education.

"We found an article in an old edition of Alaska Sportsman Magazine talking about the Sheldon Mountain House," Robert said, "and realized my parents always had something more in mind for this place."

What Don and Roberta had in mind was a second building where luxury and rugged mountaineering met along the spine of the nunatak, but they couldn't see the project through before Don's death in 1975. As adults, Robert and Kate decided to move forward and build the larger structure the way they thought their parents wanted. Roberta passed away in 2014, and while organizing her affairs, Robert and Kate came across original plans for building No. 2.

"It was uncanny," Robert recalls. "What Kate and I had drafted almost exactly matched the plans my parents had laid out in 1968. It just furthered our desire to see this project through."

The new building will be called Sheldon Chalet. Under construction just 850 feet from the Mountain House, it will feature more space, Kate Sheldon said, while preserving the legacy of Don and Roberta for their children and grandchildren.

With two levels of common space, accommodations, and observation decks planned, the Sheldon Chalet is scheduled to open next year. The connection to his parents will be the crown jewel of the 2,000-square-foot building, Robert says — including such Sheldon family memorabilia as maps, photographs and clothing from his parents' alpine excursions.

Robert and Kate are at home here, connected to the spirit of Don and Roberta at the intersection of adventure and emotion. Both have brought their families to the Mountain House time and again, endorsing a future that embraces Alaska history.

I constantly remind my son that he lives in a state many people yearn to visit in their lifetimes. Robert and Kate Sheldon received similar reinforcement from their parents' love of Alaska, translating that passion to the rest of the world in their own small way, 5,850 feet above sea level.

[Sheldon Mountain House history, including the story of Don and Roberta Sheldon]

Erin Kirkland is the author of "Alaska On the Go: Exploring the 49th State with Children," and publisher of AKontheGO.com, a website dedicated to family travel and outdoor recreation.