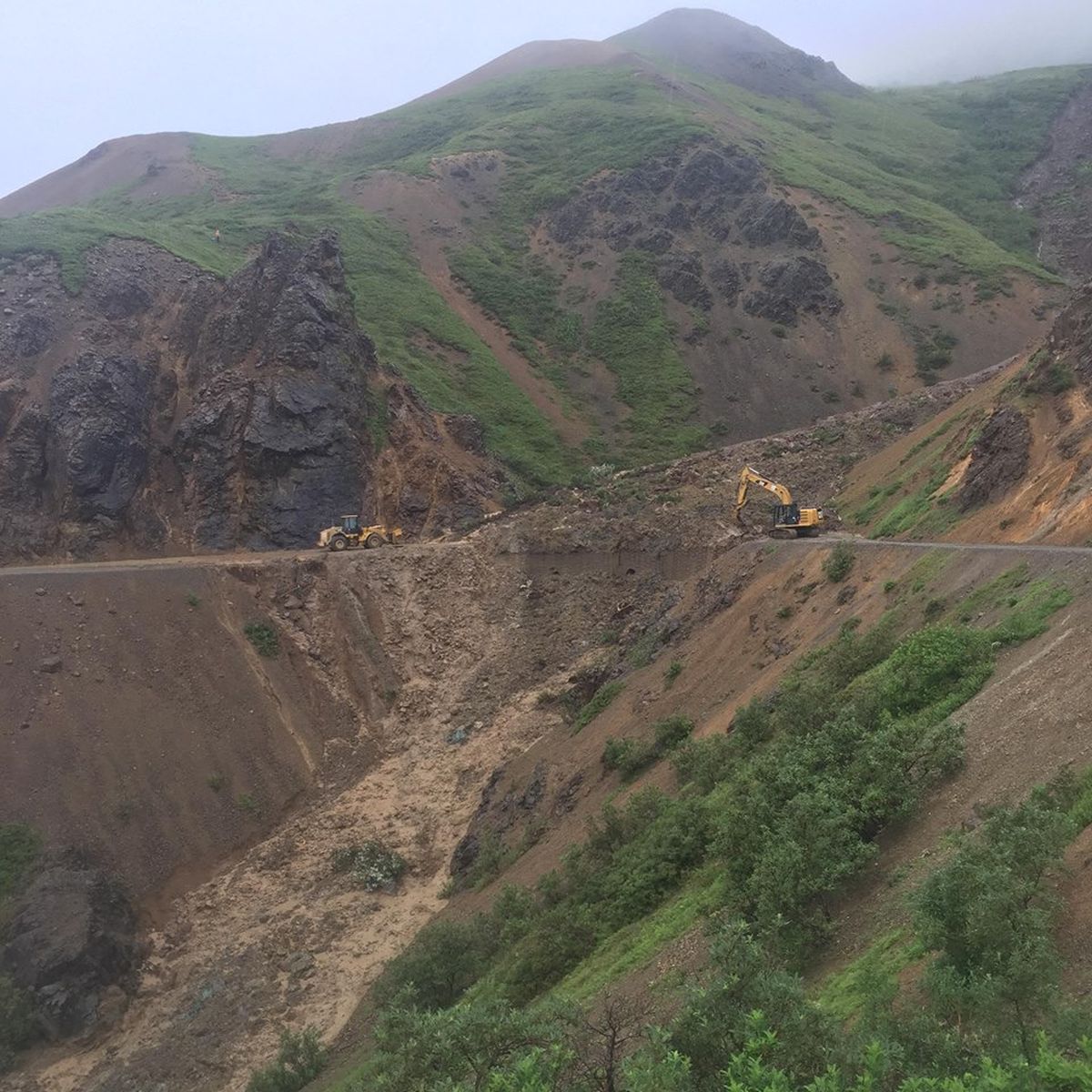 A massive mudslide on Saturday buried the lone road in and out of Denali National Park and Preserve west of the popular Eielson Visitor Center, the National Park Service said.

No injuries were reported, and park officials said that everyone who had been stranded by the slide was able to travel past the blockage Sunday.

The 100-foot-wide, 10-foot-deep debris flow had cut off access to the Denali Park Road at Mile 67, temporarily marooning guests and employees at the Wonder Lake Campground and private lodges in Kantishna, at the terminus of the road, a park spokeswoman said in a statement Sunday.

Some employees and guests were stuck, but "all are safe and accounted for," according to a statement from the park, which added that some guests had already left the area on air taxis.

A park road crew was working Sunday to clear the debris enough to reopen one lane of the road, the park said in a statement. Later Sunday, the park said that all buses waiting to travel east had been able to pass the previously blocked portion of road.

Park officials also said they planned to open the road twice on Monday, at 8 a.m. and 6 p.m., to allow traffic to pass through the obstructed portion of road.

Denali has seen record-breaking rain this summer: More than 6 inches of rain fell on the Eielson area over the past week, according to weather station data. On Friday alone, 1.69 inches fell.

The sustained rains saturated the soil, which is partly made up of fine-grained, ancient volcanic ash. The waterlogged soil combined with slope topography to trigger the mudslide, according to the park.

Other slides have happened in the area, but none this big, the park said.