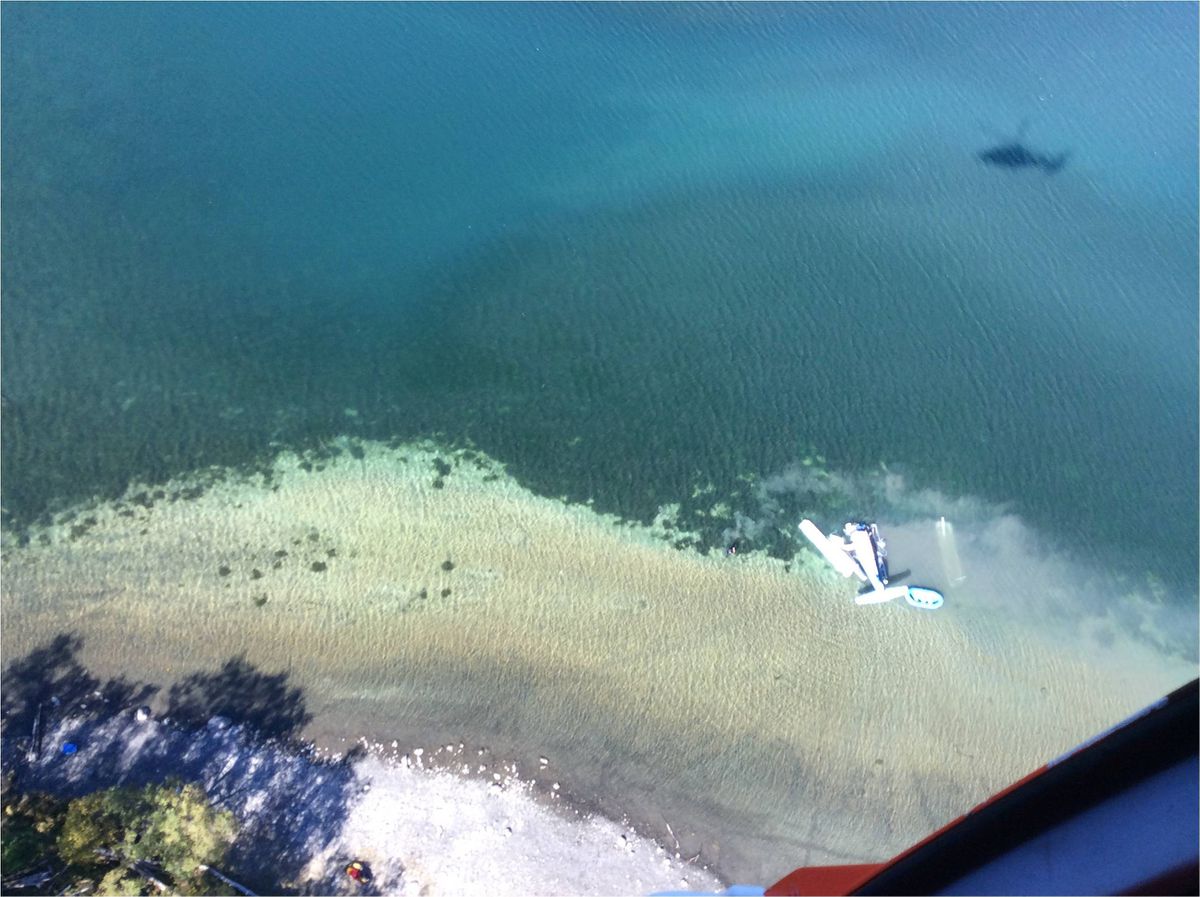 Coast Guard assets based in Kodiak rescued three people Friday after an aircraft crashed near the island community.

Watchstanders at the 17th Coast Guard District command center were alerted to the crash by an electronic locator beacon from a De Havilland DHC-2 floatplane at 12:20 p.m., according to a Coast Guard release.

The beacon placed the floatplane crash near Unigak Lake, located on Kodiak Island about 35 miles southwest of Kodiak.

Two Coast Guard aircrews responded, arriving at the scene of the crash at about 1:30 p.m.

One of the survivors, a woman whose name wasn't given, was hoisted onto a rescue helicopter and flown to Kodiak Municipal Airport, where emergency medics were waiting, the Coast Guard said.

A rescue swimmer with one of the crews assessed and cared for the two remaining survivors. One had possibly broken a hip while the other suffered a head injury, officials said.

Weather near the crash was reported to be winds around 20 miles per hour and 10 miles of visibility.

An official with the National Transportation Safety Board could not immediately be reached Friday evening.