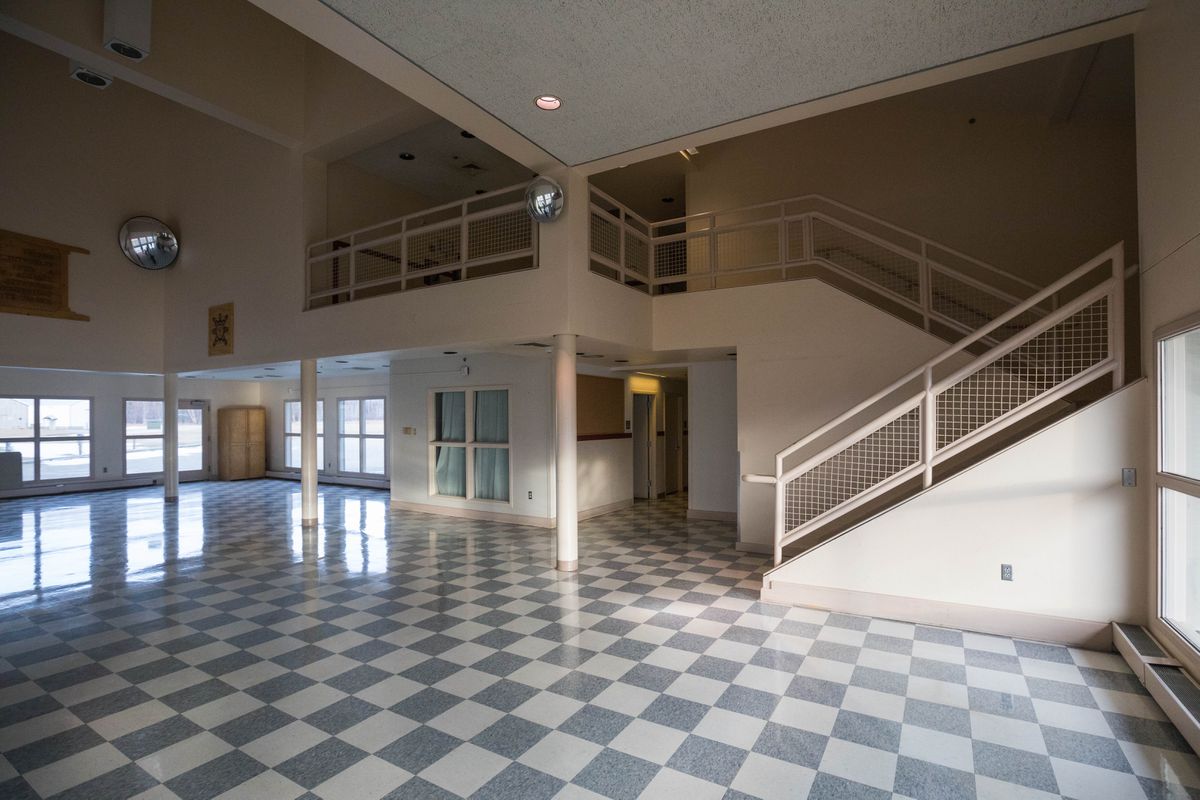 The Transformational Living Community program, a Christian-themed 18-month program, was housed for 12 years at the prison near Sutton. Three dozen participants at a time lived together in a 37-bed house, woke early, took responsibility for their failings and leaned on each other and their faith in God.

Known as "TLC," the program was the only residential therapeutic treatment program offered male prisoners in Alaska. A companion program for women continues at Hiland Mountain Correctional Center.

TLC for men lost its house when Palmer — an unusual campus with a scattering of small houses in a minimum-security area — closed in one of the governor's attempts to contain costs.

Program supporters say they ended TLC until they can find space in the corrections system that provides the kind of small communal living space the program requires for success.

"It would honestly be quite tragic if we can't figure out how to continue the program," said Bobbi Outten, director of Southcentral Foundation's Family Wellness Warriors Initiative, which started the program in partnership with Alaska Correctional Ministries in 2004. "But I believe we will."

The last of nearly 500 inmates left Palmer Correctional in mid-October. The Alaska Department of Corrections is looking for new ways to use the property while at least offsetting the roughly $1 million it costs just to keep the mothballed facility operational.

Most of the inmates enrolled in the ongoing TLC program got transferred to Goose Creek Correctional Center, the state's newest and largest prison on Point MacKenzie south of Wasilla.

"Because there was no facility to take it to that would really allow for a therapeutic community, it was encouraged to go to Goose Creek," Humphreys said. "The problem with Goose Creek is all the mods are 128 beds."

Goose Creek is also far enough from population centers in the Valley and Anchorage the relocation has cut into the volunteer corps that made TLC successful. One example: outside mentors who commit to a Monday evening prison session every week for a year.

For now, a Southcentral Foundation clinician serving as a chaplain is running a program called "Anticipate" that offers one-on-one support and THIS at Goose Creek. Twenty-one inmates have signed up for a class that starts in mid-December.

More than 360 men have graduated from TLC since it began at Palmer in 2004. Inmates who graduate from one of the state's chaplaincy programs reoffend at half the rate of the state's general inmate population — 33 percent compared to 66 percent, according to statewide Chaplain James "J.D." Duncan of the Department of Corrections.

The rate of TLC inmates was even better, Duncan said.

Inmates seeking faith-based treatment do still have other options at Goose Creek, he said, but not in the same intimate setting and long-term program.

"We have a good program. We don't have a Palmer program," Duncan said. "That was our best one."

Leonard Olrun left prison in December after serving about 10 years on a sex-assault sentence. Olrun, 54, is from Mekoryuk and graduated from the TLC program years ago while incarcerated at Hudson, Colorado.

Today, Olrun is working a freight-driving job in Anchorage and living at New Horizons.

He credits TLC with helping him move past the alcohol abuse and anger that triggered fights and cycles of jail time since he was 18.

The program incorporates "learning experiences" that hold inmates accountable for problems. For Olrun, that meant being called out for fighting before the whole community, he said. Possible penalties might mean cleaning the bathrooms or writing an essay about what happened.

"The stigma you get in jail is you have to watch out for yourself. Don't trust nobody," Olrun said. "With TLC, it's different. You have to have faith and trust and be accountable for your actions. Open your eyes to your faults and your situation."

It's not clear right now where the program could settle. The state's ongoing budget crisis puts the onus on TLC supporters.

It costs $7,800 to $8,000 to put each inmate through the 18-month program, according to Humphreys. Southcentral Foundation has funded two chaplain positions for the past two years.

Alaska Correctional Ministries has talked with Corrections Commissioner Dean Williams about preferred options, starting with Hiland Mountain somehow. Getting back to Palmer Correctional is another possibility, but funding is a problem.

Now that the prison is closed, it would take an estimated $1 million a year to house 100 TLC participants in three different buildings, Humphreys said. "The heavy lift is we'd be looking for community money to make that happen."

It's also likely that the Corrections Department will be prioritizing new uses at the old prison property to drum up revenue.

Outten, with Southcentral Foundation, said she hopes TLC gets final word on a location by June.

She is hopeful about finding a facility conducive to the program, and paused when asked why the program is so important.

"I've been there, watching lives change, for 12 years so it's kind of hard to describe," she explained after a moment. "No matter how many serious criminal offenders you have, it provides an environment that's healthy, spiritually centered, it's positive. And lives truly change."