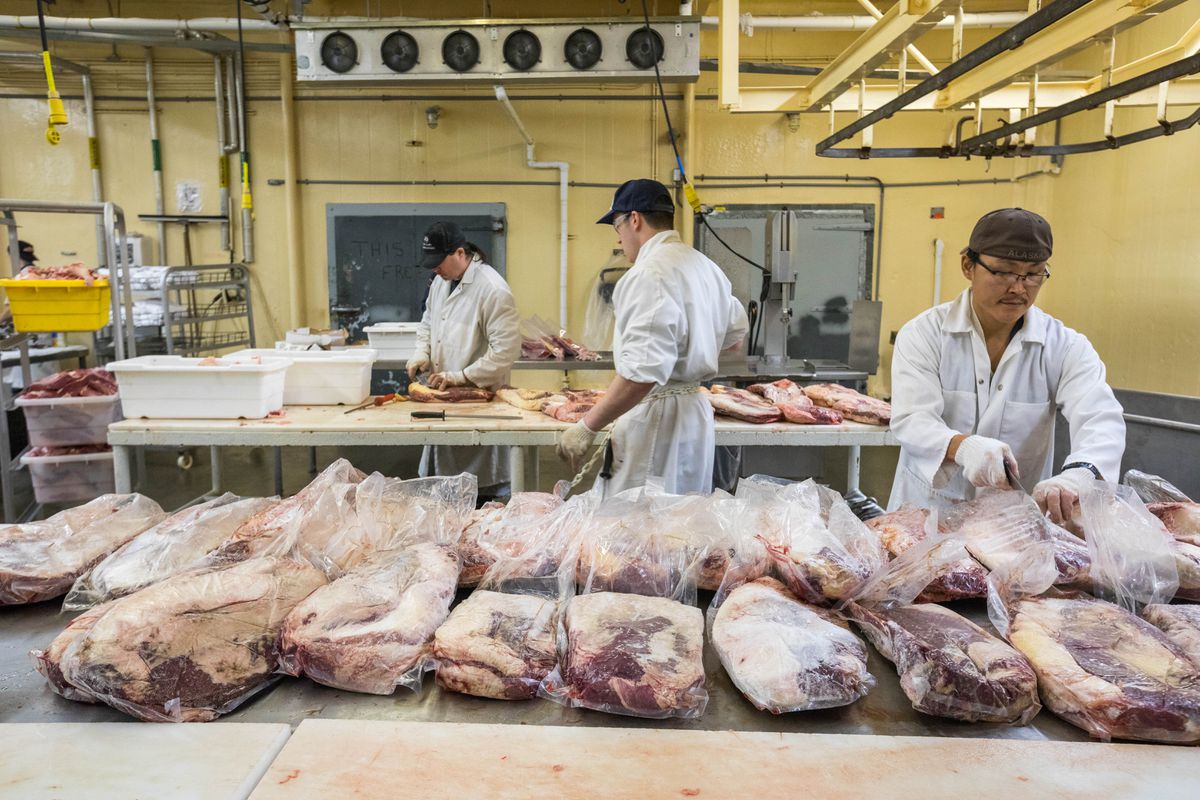 With the threat of closure looming next year, two groups put in offers Monday to take over the Mt. McKinley Meat and Sausage plant, Southcentral Alaska's only USDA-certified slaughterhouse.

It's the second attempt by the state this year to move the plant into private ownership. In July, a similar attempt by the Division of Agriculture to find new operators of the plant received only one proposal. That proposal, from Inlet Processing, Inc., was rejected by the Board of Agriculture and Conservation after it found the company lacked the financial ability to pay for the short-term operation of the plant.

Mugrage, who's acting as board president of the newly formed Mt. McKinley Meat Co-Op, said the group has a list of parties willing to invest. He said they're waiting to see if their proposal is accepted before allowing official enrollment.

The group already has some tentative backing. The Alaska Farm Bureau voted at its annual meeting in November to pledge up to $100,000 to the co-op if the state selects their bid.

Mugrage spent the last two years working on the bureau's red meat working group, exploring ways to keep the plant in operation. He said forming a co-op was always a possibility, but with private entities interested in the plant the idea remained in the background.

When one of those groups, Denali Meat Co., declined to submit a proposal in July, Mugrage began reconsidering the co-op plan.

[Related: State search turns up only one proposal to take over Palmer slaughterhouse]

If approved, co-op members could buy in for a $250 membership. He said there would be other tiered levels of investment. They're looking to raise $500,000 in start-up funds.

"We hope there's nobody that rejects the co-op idea," Mugrage said in a phone interview Monday. "We want this thing to be run fairly and we want it to be run for everybody and that's the manner we've set this up in."

Mike's Quality Meats owner Greg Giannulis declined to answer questions on his proposal when reached Tuesday morning, commenting only that "There has to be a meat plant in Southcentral Alaska."

The state has attempted to move the plant into the private sector several times since taking over operations in 1986. However, attempts to sell or lease the plant in both 2000 and 2002 were unsuccessful.

[Related: Why a proposal to let private business take over state slaughterhouse has some people worried]

The plant is the only USDA-certified slaughterhouse in Southcentral Alaska. Without it, livestock farmers won't be allowed to sell meat to restaurants and grocery stores. For years, legislators have questioned why the state operates such a plant — it averages a loss of $100,000 a year, according to state records — and have threatened almost annually to close it down.

This year, lawmakers approved one more year of funding to operate the plant through June 2017 but have urged the industry to take over or face permanent closure.

The plant is in the process of hiring new managers to take over operations. Its three current managers have all indicated they will leave before funding for the plant ends in June.

A Board of Agriculture and Conservation meeting to consider the proposals in executive session is set for Thursday.