After a Facebook post by an elected official, an Alaska Muslim finds he has to explain his faith 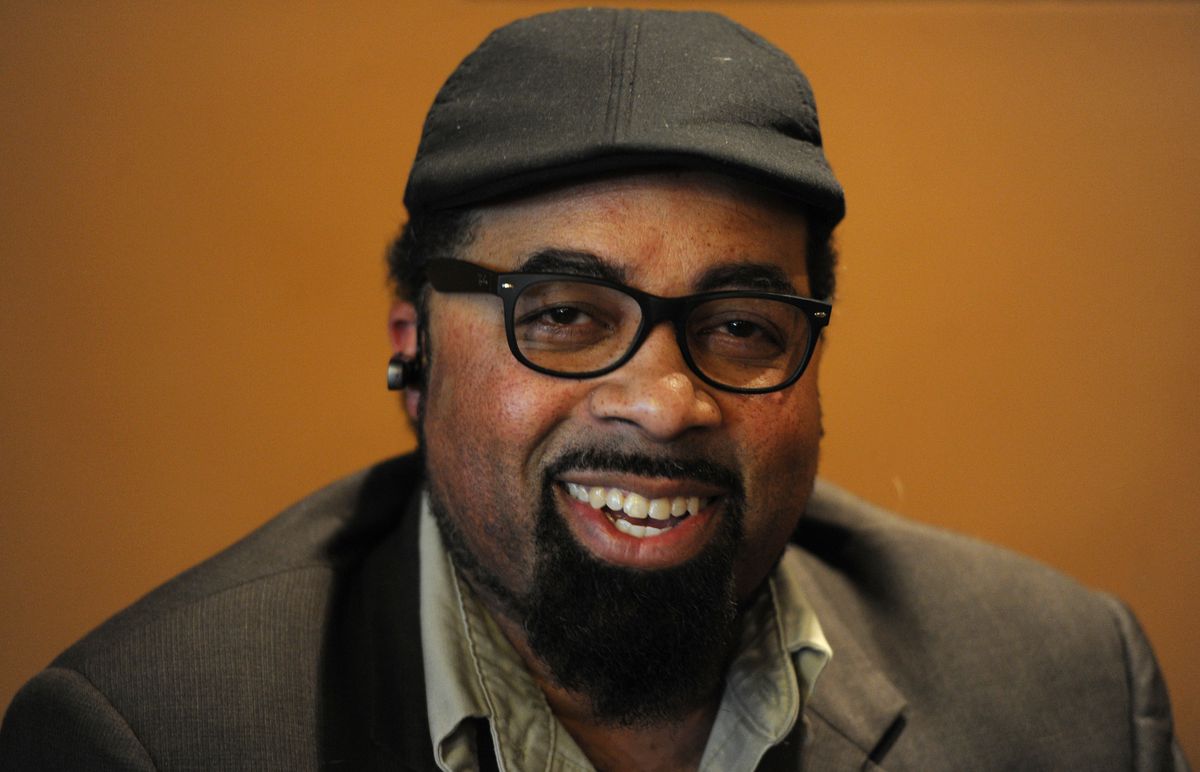 Eight years ago, Gregory Jones and his wife settled in a corner of Alaska where there are very few, if any, other African-American Muslim families: The fringes of Big Lake, deep in the Matanuska-Susitna Borough.

There, Jones said, they found acceptance and prosperity. His career as an electrician took off, and he and his wife became involved in interfaith groups, civil rights activism and Democratic political circles.

This year, Jones was chosen as a delegate to the Democratic National Convention. He even ran for a seat in the Alaska State House of Representatives.

When in July a group that says it "educates the public about the threat of Islamic extremism" linked Jones in an online posting to what it termed a "terror cult," it didn't stop him from getting 17 percent of the vote in his deeply conservative district.

Last week, a Facebook post by Anchorage Assembly member Amy Demboski put Jones and his beliefs in the spotlight again.

It all started with a Friday night post on the Facebook page of The Amy Demboski Show, a drive-time talk radio show on the Valley news and talk station KVNT 92.5 hosted by Demboski, Assembly member and former mayoral candidate from Chugiak-Eagle River.

Demboski posted a link to a blog about "Islamic compounds" across the United States that were supposedly "stockpiling weapons" after the election of Donald Trump.

Without identifying Jones by name, Demboski wrote that the group responsible for the "compounds" had a member in Alaska, and that he had run for political office.

"He seemed like a nice guy, but doesn't the group, associations, and past history deserve at least a little attention? We thought so, especially since the cleric is a militant Islamic guy living in Pakistan. Reassuring that national media highlights Alaska has our own 'compound' too…." she wrote.

By Monday, following a post on the Alaska Commons website, there was a Support Gregory Jones Facebook page encouraging people to wear red, white and blue to Tuesday's Anchorage Assembly meeting to speak on his behalf, and #recalldemboski was circulating online.

On her radio show Monday afternoon, Demboski defended herself: She said she'd never called Jones a terrorist, but had instead been trying to draw attention to an idea that there might be an Islamic compound in the state stockpiling weapons.

"Let's talk about it, either validate or disprove it," she said on the show. "The facts lead where the facts lead."

Demboski said she should be able to broach the subject without being "afraid to be attacked because we dared bring it up," she said.

"I'm not going to be bullied or intimidated into not talking about a group the FBI in the past has linked to terrorism," she said.

The link Demboski posted traces the assertion about weapons stockpiled at compounds back to an exchange between a Fox News host and Ryan Mauro, a self-styled security analyst for the Clarion Project, the same group that said Gregory Jones was a member of a "terror cult" back in July.

Mauro has alleged that the organization The Muslims of America is actually a front for a group known as Jamaat Ul Fuqra, and that their rural communes in the United States are training camps for terrorists. Local law enforcement groups have said there is no evidence of that. The FBI does not consider the group a terrorist threat.

In media interviews, people living in the settlements, which include Islamberg in New York, have insisted that they are not terrorists but simply American Muslims who have chosen to live in a community with each other, and who welcome visitors. The group says it promotes interfaith understanding of the similarities between Christians and Muslims.

So does the FBI believe that there's a Islamic compound stockpiling weapons in Alaska?

Staci Feger-Pellessier, the FBI's spokeswoman in Alaska, responded with a one word email: "No."

Jones said he appeared on Demboski's radio show earlier this year as a political candidate and had a cordial and open exchange with her.

But he sees her Facebook comments as part of a "national campaign of Islamophobia" that he thinks has gained strength in the wake of the election.

"The Trump climate has emboldened people like Amy Demboski. They feel like they have the federal government behind them," he said.

'We want to answer those questions'

Jones was born in Washington, D.C., to a father who converted to Islam in 1971, he said. He married his wife, Maleika, who has worked in early childhood education, when he was 19.

Both of them grew up in The Muslims of America, which bills itself as the "only indigenous Muslim organization founded and based in America."

The group was formed by African-American Muslim converts from New York City who followed the teachings of a Pakistani Sufi cleric, Mubarik Ali Shah Gilani. The cleric encouraged followers to leave cities and establish rural communities focused on religious life.

Previous versions of the group were, in the 1980s and '90s, linked to plots against a Hindu sect and a Detroit Muslim leader, according to a Reuters story examining a recent threat against residents at a New York commune. Today, the group denies any association with terrorism, as does Jones.

"We're spreading peace," said Jones. "If people have questions about Muslims, we want to answer those questions."

Before Alaska, the Jones family lived in one of the group's rural enclaves in South Carolina called Holy Islamville.

When they moved to Alaska in 2009, the organization's newspaper, the Islamic Post, heralded their arrival: "Shuaib and Maleika Ahmed recently departed to a new frontier in the Alaskan tundra to establish an independent, self-sufficient, purely Islamic village. They reported their first day in Alaska as being filled with blessings and guidance. The family's intentions are to further the mission to unite Muslims and Christians on their similar values."

In Alaska, Jones said he's been involved with community and interfaith groups. The Anchorage Police Department says he and his wife graduated from Citizen Police Academy this spring. They volunteer with the Alaska Police and Fire Chaplains as liaisons between the group and the Muslim community, Jones said. He is also an adviser to UAA's Muslim student organization. They founded a chapter of the United Muslim Christian Forum.

Kevin McGee, the president-elect of Anchorage's chapter of the NAACP, says Jones volunteered his expertise as an electrician to teach young people vocational skills.

"Him and his wife, they are good people. I think these are real people wanting to help wherever they can. Not haters of anybody."

'I don't have that freedom'

Jones does not dispute that his family's dream is to buy land and establish a small enclave like the one in South Carolina, where they could establish a school and place of worship. They have not done so yet, and are currently living in an apartment in the Valley.

"We simply want to buy some property, do some gardening, grow organic vegetables, raise organic meat. That's what we want. But as a Muslim, people think there's a sinister plot there."

He says the assertion that there is an "Islamic compound" that is "stockpiling weapons" in Alaska is false.

"We just want to have that freedom to practice our faith on our own property," he said.

That may make some people uncomfortable — but he's used to that. In Alaska, he says, plenty of people value living off-the-grid in rural areas and celebrate their caches of guns. As an African-American Muslim man, "I don't have that freedom," he said. "If I was stockpiling weapons — which I'm not — I would be a suspect."