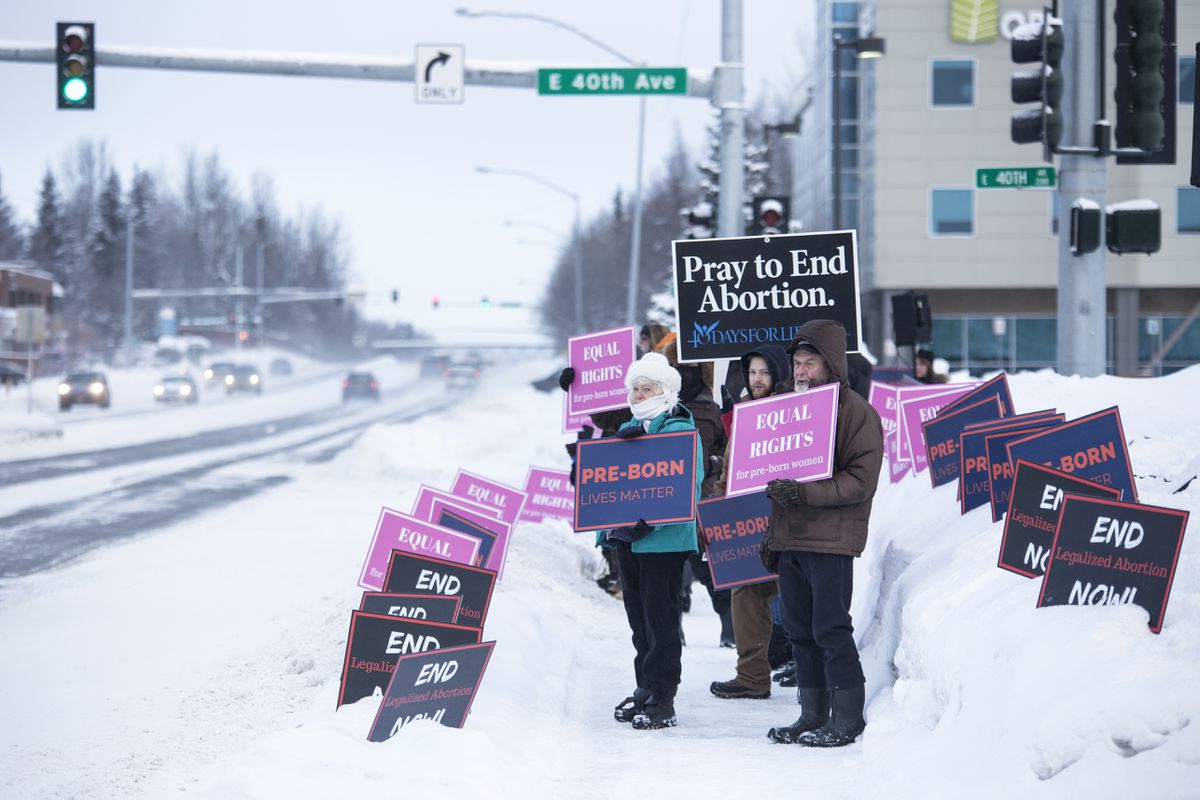 Protesters gathered Saturday on the corner of Lake Otis Parkway and East 40th Avenue in Anchorage. It was one of many rallies at Planned Parenthood locations throughout the United States. (Rugile Kaladyte / Alaska Dispatch News)

Protesters gathered Saturday on the corner of Lake Otis Parkway and East 40th Avenue in Anchorage. It was one of many rallies at Planned Parenthood locations throughout the United States. (Rugile Kaladyte / Alaska Dispatch News)

About 25 people stood in front of Planned Parenthood's midtown Anchorage office on Saturday, one of many rallies held around the country urging Congress and the Trump administration to defund the health services organization.

Protesters came out in heavy winter gear. At 9 a.m. Saturday, the National Weather Service recorded a temperature of minus 3 for the area.

"The goal of today's rally is simply to, again, raise awareness and be a voice against tax payer funding of Planned Parenthood," said Pat Martin, development director at Alaska Right to Life, Inc., which organized Anchorage's event.

[Protesters face off as U.S. abortion debate heats up]

Republican leaders have vowed to stop federal funding of the organization. Planned Parenthood provides a variety of health care services, often to low-income individuals, including contraception and cancer screening. It is the single largest provider of abortions in the nation, NPR reports, which has made it a target for anti-abortion politicians for decades.

"We know that federal money doesn't pay for abortions," Martin said, referring to a law prohibiting federal funding for the procedure.

"That's not an argument. The challenge really is, is when you have ladies coming here for what they call 'reproductive health services' … they build a relationship with Planned Parenthood and ultimately when they do find themselves pregnant, they come back to Planned Parenthood," Martin said.

Martin said he wanted federal dollars channeled to other health care clinics, instead.

Across the street on Saturday, a sole counter-protester showed up to support Planned Parenthood.

In some U.S. cities, much larger crowds turned out both calling to defund Planned Parenthood and in support of the organization.