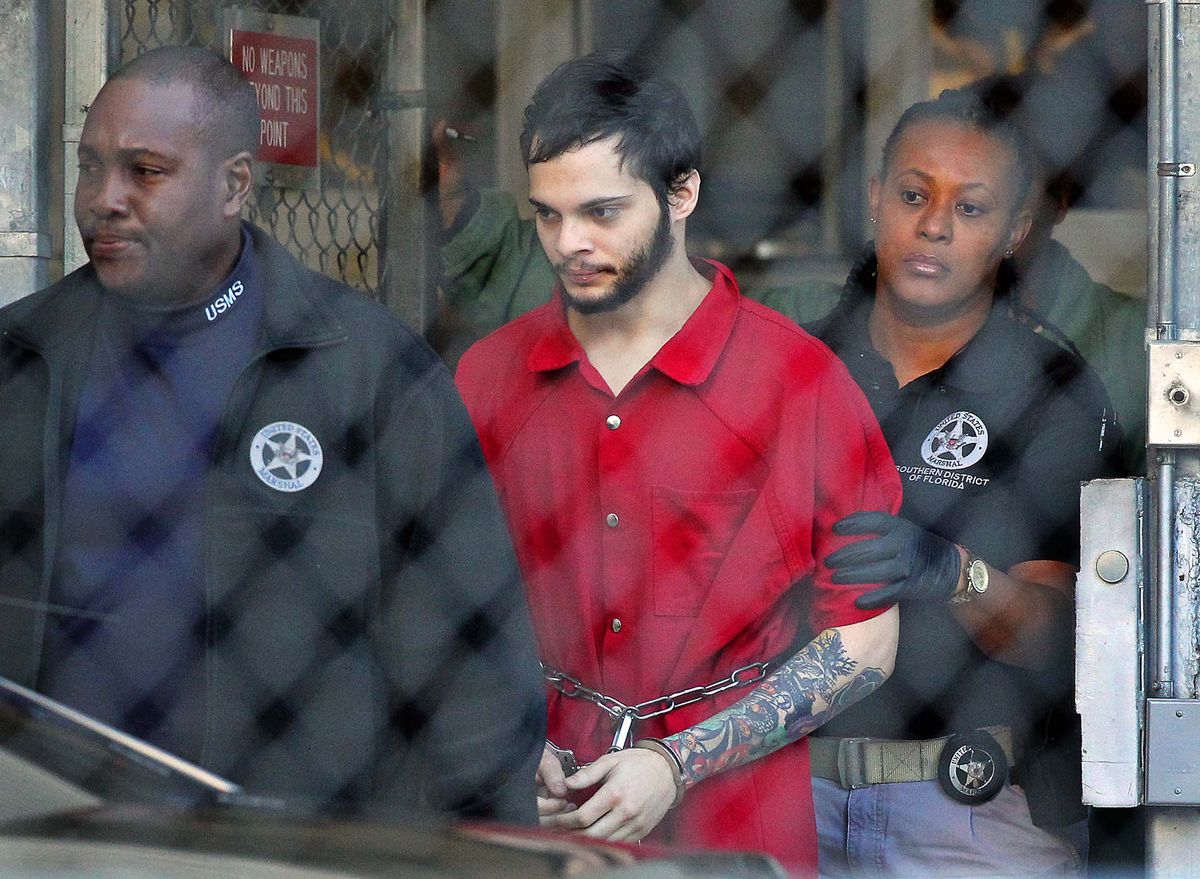 Esteban Santiago, the man accused of killing five people last month in a Florida airport, lied about his criminal history on his application to become an Alaska security guard and was fired by his employer due to mental illness "affecting his judgment and reason," newly released records show.

Santiago, 26, is a former Alaska Army National Guard soldier and Anchorage resident. He is accused of killing five and injuring six more in the mass shooting at Florida's Fort Lauderdale airport on Jan. 6.

Santiago faces murder charges that could lead to the death penalty.

His state security guard licensing file, obtained by Alaska Dispatch News through a public records request, cracks open a window into Santiago's mounting troubles during the summer and fall of 2016.

Santiago filled out an application to become an unarmed security guard in Alaska on July 14, 2016, according to his paperwork.

Under his employment history, he wrote that he'd been hired by Signal 88 in June. Records list his position as a patrol officer, a job charged with visiting properties by night to check for security and safety, his co-worker told Dispatch News.

On the application, he said he'd been employed by the Army National Guard from 2007-2016. When asked to list three character references, he wrote only one name: his girlfriend, Gina Peterson.

But a technician with the department completing a background check discovered Santiago had not disclosed a pending criminal case, said Kathryn Monfreda, chief of the Alaska Department of Public Safety's Criminal Records and Identification Division, which oversees licensing of security guards.

Monfreda wasn't sure exactly when the omissions were discovered.

Applicants were instructed to list all arrests and convictions for the past 10 years. Santiago wrote "DV January 15, 2016 — no charge." He also mentioned a driving without insurance arrest he said didn't lead to a criminal charge.

But Santiago had lied; he was dealing with criminal charges.

After a Jan. 10 incident in which he allegedly broke down a door in the home he shared with his girlfriend, he was charged with criminal mischief and misdemeanor assault. In March, he entered a deferred sentencing agreement — meaning if he completed an anger management class and obeyed all terms of his probation the charges would be dismissed in a year.

It wasn't until Sept. 19 that Santiago filed an amendment with the licensing authority owning up to the criminal charges.

"I have seen the criminal history record," his manager at Signal 88 security wrote on the form.

On Sept. 29, Santiago got his security guard license.

It's not clear whether Santiago had been working as a security guard during the months before he had his license.

Doing so would have been outside Alaska law: Security guards may work for a 30-day provisional period before they are licensed, Monfreda said. Signal 88 security did not answer a call or email asking for comment on Tuesday.

The employment timeline in the licensing documents also does not match what Santiago told a judge in Florida at a court appearance in January. There, he said he'd been working as a security guard for about three years, earning $2,100 per month.

By the fall, when the security guard license came through, family members were notified Santiago was descending into paranoia and delusion.

Santiago's brother Bryan Santiago told the Florida Sun-Sentinel newspaper that when he visited Alaska in the late summer, his brother seemed "out of his mind."

In October, police responded to two domestic violence calls at the house Esteban Santiago shared with Peterson. He was not arrested in either incident.

{As his life unraveled, Esteban Santiago slipped through all the cracks}

Things had reached a boiling point by Nov. 7, when Santiago took a trip to the Anchorage FBI office, his infant son in tow, to explain that he believed his mind was being controlled by a U.S. intelligence agency.

He landed in the overcrowded Alaska psychiatric emergency system. He spent only a few days in the Alaska Psychiatric Institute before being discharged.

Then he lost his job. His Signal 88 termination paperwork says he was "involuntarily separated" on Nov. 15.

"Due to Esteban Santiago's current documented mental illness, affecting his judgment and reason, he is disqualified to be licensed as an unarmed security guard officer in the state of Alaska," his manager at Signal 88 wrote in his termination paperwork.

Alaska regulations require security guards be "free from any mental illness that may impair … powers of memory, reason, judgment and perception."

He would only be eligible to be rehired "if a clean bill of mental fitness was provided by a licensed medical practitioner," it says.

Two days after the firing, the Anchorage Police Department sent Santiago a letter about picking up the gun it had confiscated. He didn't do so until Dec. 7. The 9mm Walther handgun was the same weapon used in the airport shootings, an FBI agent testified at a Florida court hearing in January.

The licensing authority that vested the power to act as an unarmed security guard in Alaska had no idea Santiago had been fired.

State law only requires employers to list their active licensed guards twice a year, in March and September. The guards themselves are supposed to notify the DPS within five days of leaving a job.

Santiago never did, said Monfreda. He remained a licensed guard until the department learned about the shooting in the news in January.