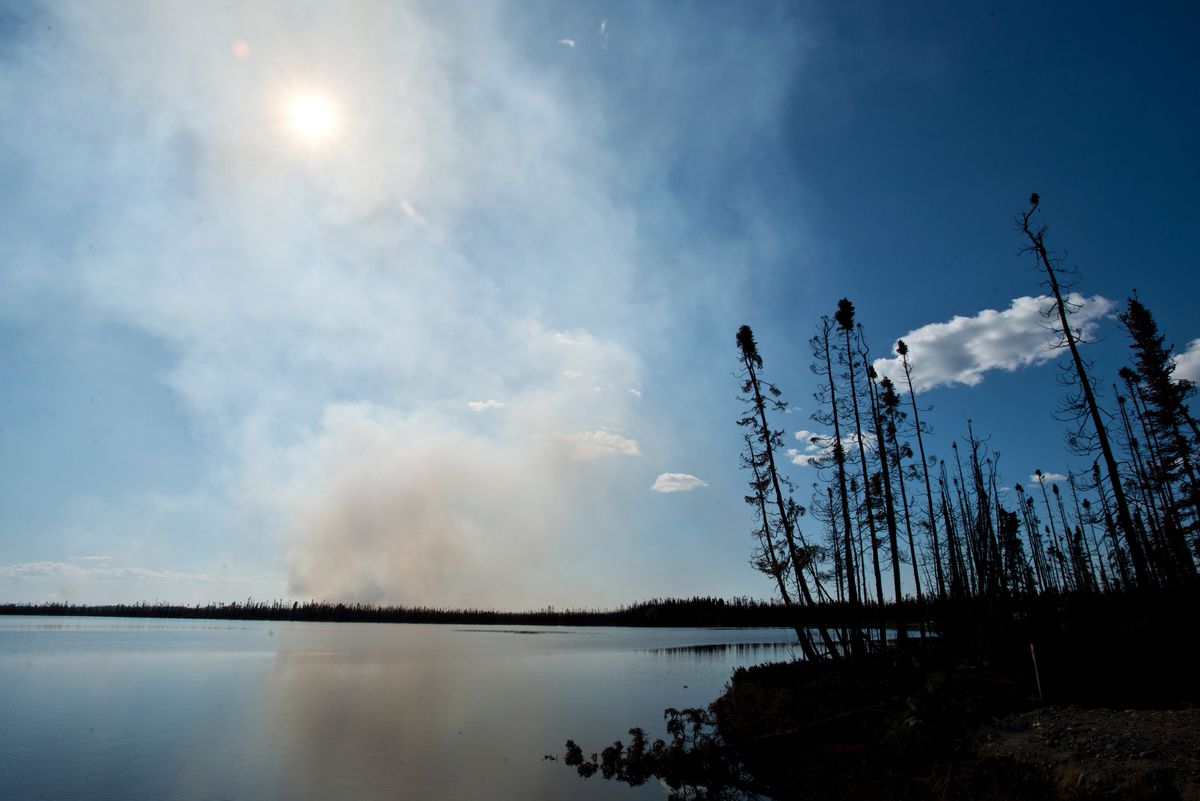 Last month, Palmer Superior Court Judge David Zwink approved a motion by defense attorneys that evidence involving fireworks be excluded from the trial of the couple accused of starting the blaze.

Fireworks were at one point suspected to be the cause of the fire that burned over 7,000 acres and destroyed 55 homes. But state investigators eventually concluded the fire was started by an unattended burn pile on the Willow property of Greg Imig that crept into the woods and then spread.

None of the dozen charges Imig, 61, and his wife, Amy DeWitt, 43, are facing — including second-degree negligent burning and allowing the wildfire to spread — are related to fireworks.

There is no dispute that there were fireworks at the scene of the investigation. Witnesses told investigators they heard fireworks the night before the fire started. Investigators found the remains of spent fireworks on Imig's property.

But even mentioning fireworks would make the jury speculate they caused the fire, defense attorney Kevin Fitzgerald wrote in a November motion asking the court to exclude fireworks as evidence.

"Public condemnation of the misuse of fireworks is significant, especially in light of their suspected cause of other fires including the catastrophic Miller's Reach fire in 1996," he wrote.

[Big Lake marks 20th anniversary of Millers Reach, the wildfire that changed everything]

Assistant district attorney Eric Senta disagreed, arguing that even if fireworks did not start the blaze they were still an important part of the investigation. And, he wrote, the fireworks show the couple's "recklessness by engaging in highly dangerous activities during the burn ban with 'high' fire danger."

Zwink ultimately sided with the defense, a decision that has led to some awkward moments in the Palmer courtroom.

Pictures of the property show charred trees, but the part of the lawn where there was a pile of fireworks had been blacked out with marker. When witnesses testify about coming to the scene they say they saw "stuff" — not fireworks — scattered on the same lawn.

One Wednesday, Senta planned to present photos that a fire investigator took of the defendants' lawn. Part of the photos show a pile of boards over the burn pit suspected of causing the fire.

But before he could, Fitzgerald objected.

In the middle of one photo was an area circled by pink tape and blacked out with marker — fireworks. Another photo showed a similar scene from a slightly different angle.

The photos had nothing to do with the boards, Fitzgerald argued — even though they were blacked out, fireworks were the focus.

"It invites exactly what we don't want the jury to speculate about," he told the judge.

Zwink asked state Division of Forestry investigator Ethan Eley whether the boards were his focus when he took the photo. Eley replied that they were not, since his focus was on capturing the scene, including the fireworks at the center.

As Eley spoke Senta grabbed a pair of scissors and began cutting the photographs in half. He handed them to Fitzgerald, who chuckled. The chopped photos were allowed.

Bill Gamble was the Big Lake fire chief when the Millers Reach fire ignited. He agreed that people living in the area strongly associate fireworks with forest fires in the summer.

Gamble, who served as the Matanuska-Susitna Borough's director of emergency services until retiring in February, was also on scene during the 2015 Sockeye Fire. Although the borough did not investigate the cause of the fire, he said there was talk in the early days that fireworks were suspected.

He said while it might not be a popular opinion, he agrees that even mentioning fireworks to a Palmer jury would likely influence them, especially as Alaska once again enters the fire season.

"We are still so sensitive. If a neighbor is burning and the next neighbor thinks they might be doing something irresponsibly, they call 911," he said. "Everybody is really on edge about it."

Randall Kowalke, the borough assemblyman who lives at Mile 80 of the Parks Highway, just miles from where the Sockeye Fire started, said people in the area have a "live and let live" attitude about things like shooting guns or lighting off fireworks. He said neighbors are tolerant as long as people use common sense.

"Of course this is where this was breached pretty significantly," he said in a phone interview Friday.

Kowalke has been following the trial through updates from the borough attorney. When he learned that fireworks couldn't be mentioned he said he was disappointed and that it wasn't "serving justice" to the victims.