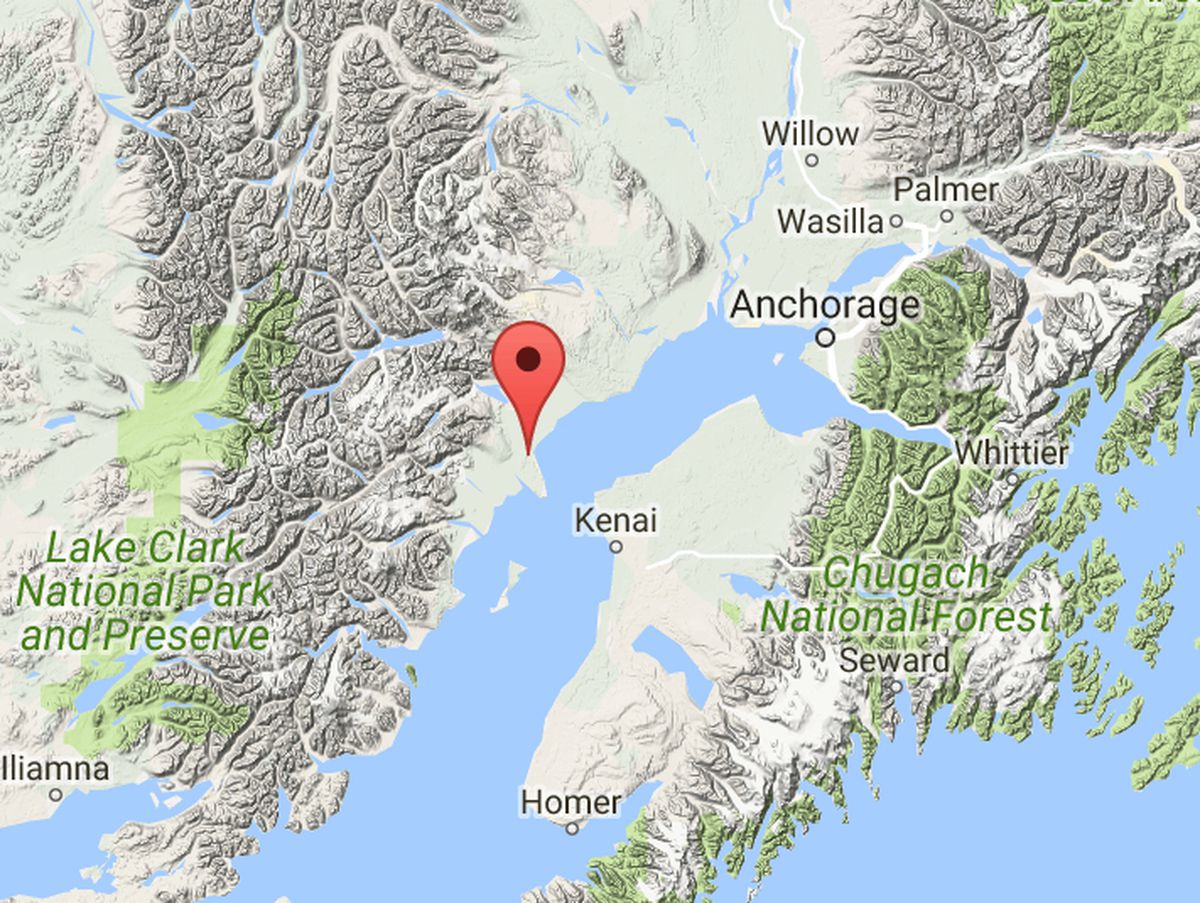 An earthquake with a preliminary magnitude of 5.3 centered 21 miles northwest of Nikiski shook Southcentral Alaska at 6:18 p.m. Monday, according to the U.S. Geological Survey and the Alaska Earthquake Center.

The earthquake was at a depth of 60 miles, the agencies said.

It was felt across Southcentral Alaska. There were no immediate reports of damage or injuries.

The quake's magnitude was initially reported as 5.4, but later downgraded to 5.3.

The earthquake's epicenter was northwest of Nikiski, near the west shore of Cook Inlet.

The earthquake "felt like a little jolt and then several seconds of swaying," said Stacey Day, who was at work as a 911 dispatcher with the Kenai Police Department.

Day said she'd received no 911 calls related to the earthquake.

On social media, people from Homer to the Mat-Su area reacted to the shaking.

The earthquake happened in the middle of a busy night at the Tree House Restaurant on Kenai Spur Highway in Nikiski, said waitress Daisy Kyriss.

"Nothing fell off the walls. But it was a little like being on a boat there for a second," Kyriss said.

Kimberly Danford said she was getting a tattoo in Wasilla when the shaking began.

"Right in the middle of a tattoo session & my chair starts bouncing," she wrote to ADN on Facebook. "The tattoo artist Stephanie had just got done telling me how well I was sitting through the pain. But then she looked at me weird because she thought that I was shaking suddenly…"

That tattoo turned out just fine, she said.

This is a developing story. Please check back for details.