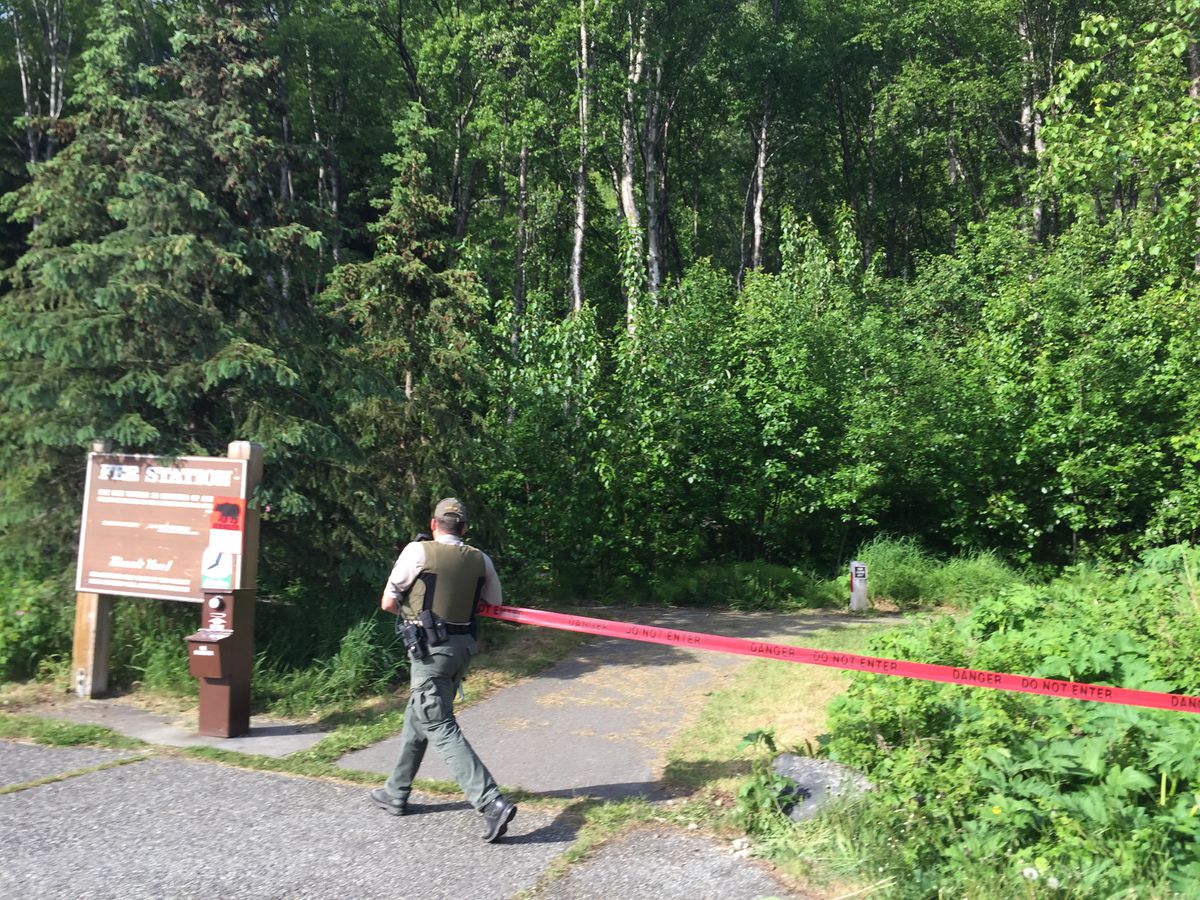 A 16-year-old runner in a Bird Ridge mountain race was killed by a black bear he apparently encountered while descending the trail Sunday, Alaska State Troopers and the race director said.

The victim was identified by troopers as Patrick Cooper of Anchorage.

A Chugach State Park ranger shot the bear in the face, but it ran away. Rangers and the Alaska Department of Fish and Game were still looking for the animal Sunday night on the slope overlooking Turnagain Arm southeast of Anchorage.

Cooper was a participant in the juniors division of the Robert Spurr Memorial Hill Climb, said race director Brad Precosky. The close-knit Alaska mountain running community is in shock at the fatal mauling, he said.

"This is the worst thing that could happen," he said.

The popular mountain race is in its 29th year. The steep course takes adult runners up Bird Ridge, a familiar mountain that looms over the Seward Highway at about Mile 100.

Racers descend at their leisure. Juniors race to the halfway point, about 1.5 miles from the start, before heading down.

The runner had apparently made it to the halfway point turnaround and was on his way down when he used his phone to text a family member at 12:37 p.m. that he was being chased by a bear, Precosky said. The family member approached Precosky, who was then in the middle of handing out awards.

"I went off and talked to him about it, trying to get a straight story," Precosky said. "He was very shaken and had received this communication."

A search was launched immediately, Precosky said. The family member had GPS coordinates from the missing runner's phone that helped guide searchers to the area where his phone was. But the searchers, including runners that were part of the race, couldn't get closer.

"The bear was remaining in the area where the young man was laying," said Tom Crockett, a park ranger with Chugach State Park.

Cooper was found about a mile from the trailhead about 500 yards off the trail in steep, heavily wooded terrain at about a 30-degree slope, Crockett said. It was not clear how the runner got off the trail, or if he had been chased by the bear to the spot.

A park ranger shot the bear in the face, Crockett said.

"It did definitely take a slug strike to the face when the ranger fired on it," Crockett said. "We know he struck it."

The black bear, estimated to be about 250 pounds, was alone, Crockett said. Rangers don't know why it attacked the runner. They are trying to locate and kill the wounded animal.

Crockett said bear encounters are not common on Bird Ridge. He hadn't heard any reports of bear sightings in the area during the previous week.

Pararescuers with the Alaska Air National Guard used a helicopter hoist to take Cooper's body away from the scene, said Sgt. Nathan Mitchell with the Anchorage Police Department.

"This young man didn't do anything wrong. He was just in the wrong place," Crockett said. "You can't predict which bear is going to be predatory."

The Bird Ridge trailhead and parking lot will be closed until the bear is located, Crockett said.