Elizabeth Peratrovich to be commemorated on $1 coin 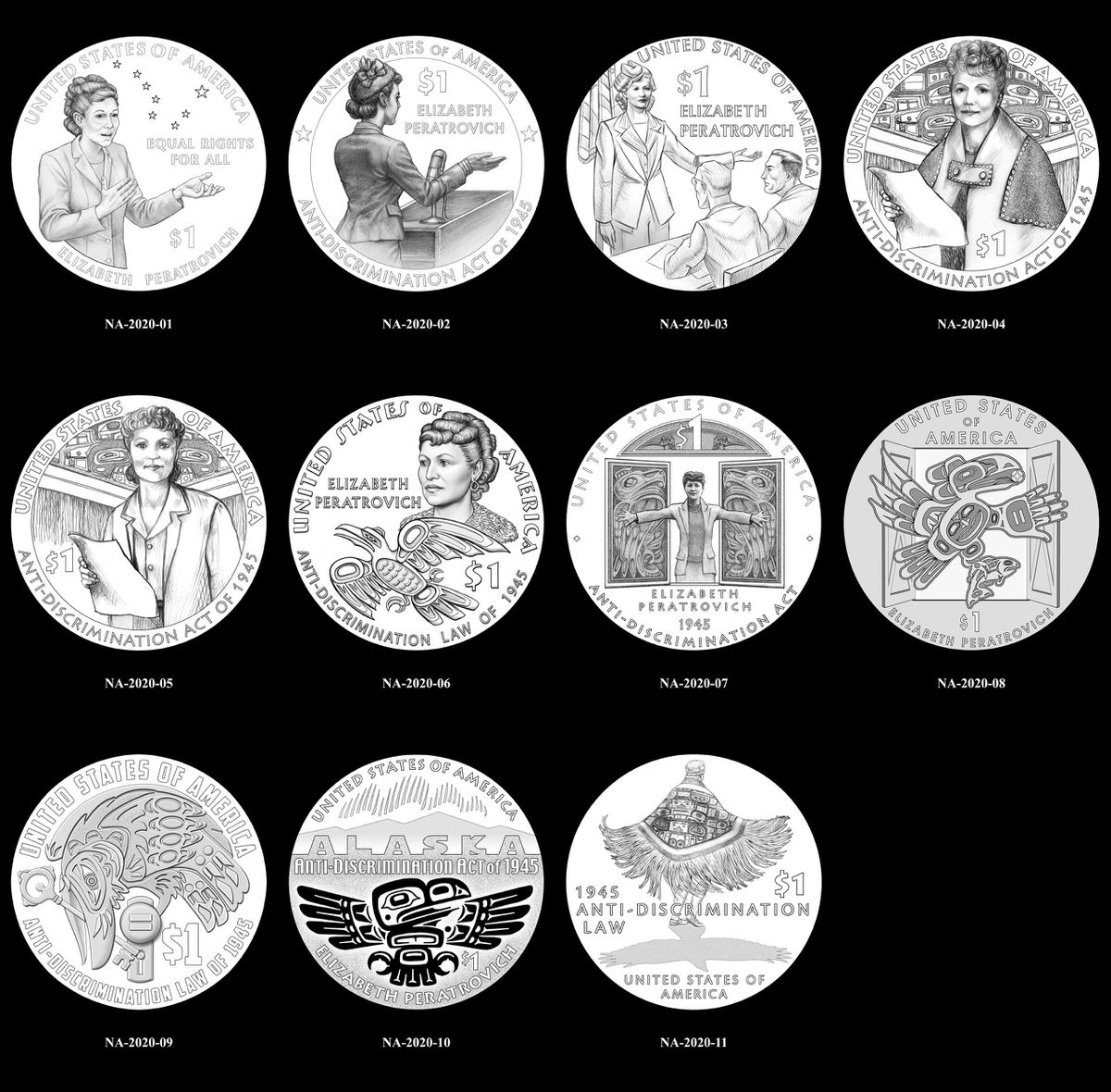 Alaska Native civil rights leader Elizabeth Peratrovich will join Sacagawea on a $1 U.S. coin to be issued in 2020, according to the office of Gov. Bill Walker.

The exact design of the Peratrovich side is yet to be determined. Eleven images are up for consideration. Some feature Peratrovich delivering her famous speech; others represent her with elements of her Tlingit heritage.

The coin is part of the Native American $1 coin program started in 2009. The design of one side of the coin changes each year to honor a contribution of Indian tribes or individual Native Americans, according to the website for the United States Mint. The other side features Sacagawea, a Lemhi Shoshone woman who assisted the Lewis and Clark expedition, and remains the same from year to year.

Past designs have commemorated Native American code talkers (2016) and Sequoyah, inventor of the Cherokee Syllabary (2017).

In an email, Betty Birdsong, the U.S. Mint's acting director, partially explained how the image will be selected and perfected.

"As is custom, we work closely with the National Museum of the American Indian for creation of the narrative and for the historic review of the designs.  We also reached out to (Central Council Tlingit and Haida Tribes of Alaska) President (Richard) Peterson, (Sealaska Heritage Institute President) Dr. Rosita Worl, and Ms. Peratrovich's son, Roy,"  Birdsong wrote.  "We intend to continue to ask Dr. Worl to review and provide feedback on the form lines, seen in the raven designs, until she is confident that they are accurate."

The Department of the Treasury must approve the final design.

Walker said Peratrovich is a worthy choice for coin commemoration.

"Elizabeth and Roy Peratrovich stood up to fight the unfair, inhumane, and degrading treatment of Alaska Native Peoples, and their efforts towards positive change reverberate to this day," Walker said in a press release. "This honor is truly deserved."

In 1945, when the Territorial Legislature was considering passing the Alaska Anti-Discrimination Act, Elizabeth Peratrovich delivered emotional testimony before the Legislature that many believe was the catalyst for the bill's passage.

The Peratroviches devoted themselves to the community, serving as grand presidents of the Alaska Native Sisterhood and Alaska Native Brotherhood respectively, and helping the American Red Cross raise money during World War II.