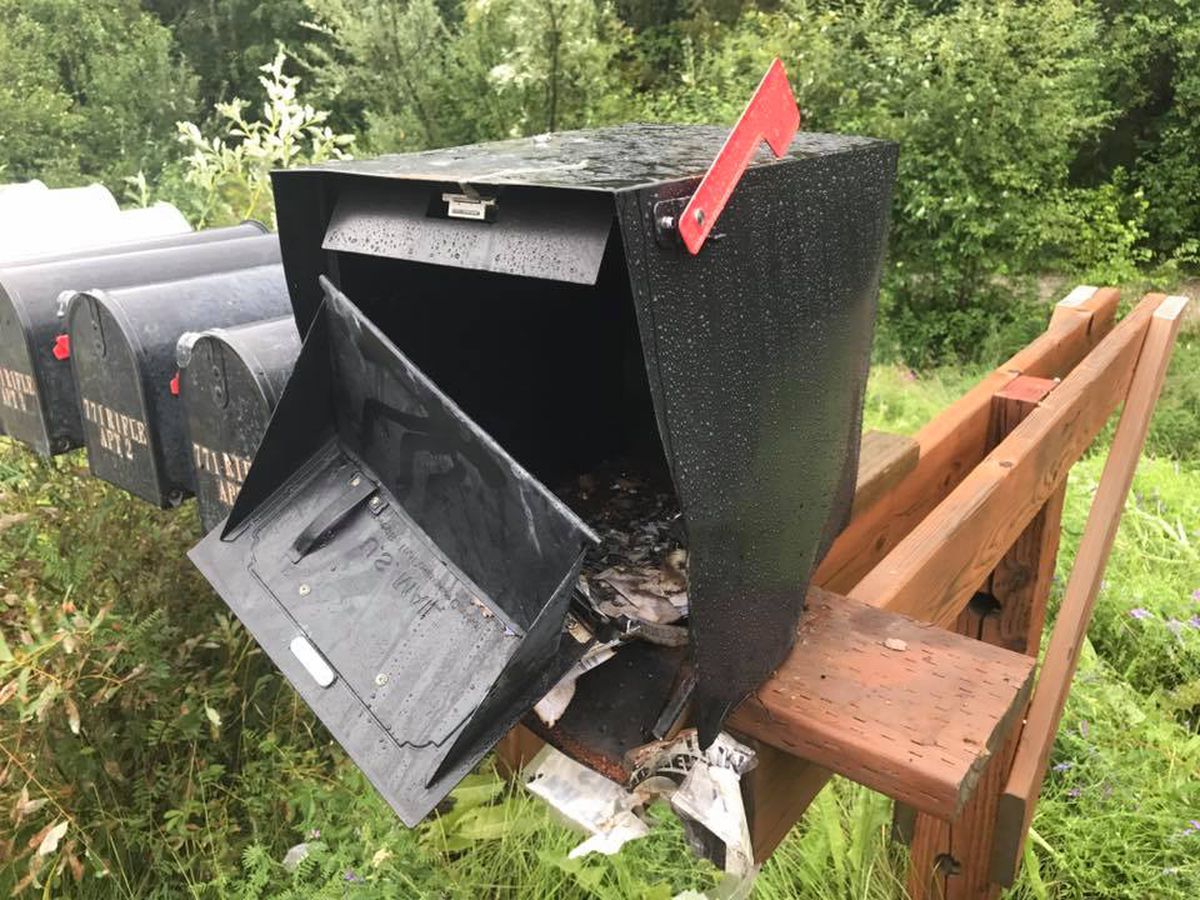 Justin Johnson had just put in a brand new, $90 locking mailbox a few weeks ago for his home on Chena Hot Springs Road in Fairbanks.

Now, the mailbox is destroyed, blown up from the inside out with a firework.

"It's a pretty robust mailbox, too," Johnson said. "It's pretty heavy duty."

Three locking mailboxes were destroyed with fireworks on Chena Hot Springs Road between Saturday and Monday morning, according to Alaska State Troopers.

Johnson is guessing that the firework was a type of mortar, where a fuse burns down before the charge explodes. He said he found the end of the firework, a round piece about the size of a half-dollar. All the mail was burned.

The vandalized mailboxes are near town, around Mile 5 of the road.

Since the weekend, other neighbors are reporting more vandalized mailboxes. Troopers did not immediately confirm those reports.

"We opened it up and the hatch fell right open," Langberg said. He found remnants of what he described as shotgun shell or bird shot inside.

"It's just frustrating, you know, because I spend all this time and money to prevent problems … and someone's got to go destroy all our hard work," Langberg said.

Another Chena Hot Springs homeowner, Katherine Chase, said her mailbox was vandalized sometime after 5 p.m. on Tuesday. A shotgun shell was found inside, she said.

Chase says she'll be getting a PO Box. Thefts have gotten worse in the area, she said. "It wasn't aggressive before. Bombs and guns are aggressive," Chase wrote in a Facebook message.

The U.S. Postal Inspection Service is offering $5,000 for information leading to the arrest of the suspect or suspects who blew up the three mailboxes. Call 1-877-876-2455 and select Option 2 to report information. Troopers ask residents not to attempt to apprehend a suspect themselves.