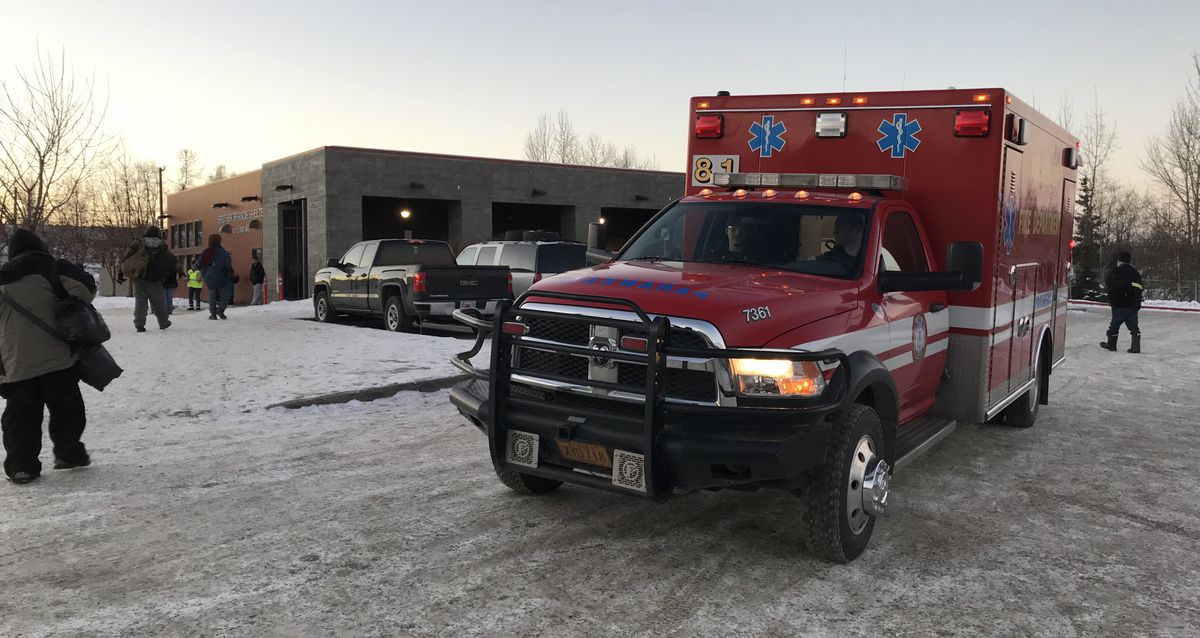 Brother Francis Shelter, Bean's Cafe and other Anchorage nonprofits, charities and hospitals could face fines under a proposed law that would charge them for frequent visits from police and paramedics.

Assemblyman Dick Traini said this week he wants such organizations to be treated like other commercial properties with a limit of 100 free police calls in a calendar year. After that, it's a $500 fine for each extra call, with exceptions that include calls for medical emergencies, sexual assault and theft.

"It's time to stop giving a break on the police calls they get," Traini said.

Traini said he was particularly concerned that fire officials in August decided to start sending police backup to non-emergency calls to Bean's Cafe, a soup kitchen, and Brother Francis Shelter, an emergency overnight shelter. Traini said it's taking up too much of the city's manpower and resources at a time of budget cuts.

But shelter officials say his proposal would unfairly burden agencies trying to help solve some of the city's most complex social problems.

Lisa Aquino, the director of Catholic Social Services, the faith-based nonprofit that runs the Brother Francis Shelter, said she was blindsided by the proposal. She suggested the city had exacerbated the problems by forcing people out of homeless camps and into the shelter, with little financial aid.

"I think that social services is being asked to catch a lot here," Aquino said.

Bean's Cafe and Brother Francis have far exceeded 100 police calls this year, and Traini's measure, co-sponsored by Assemblywoman Amy Demboski, would apparently mean hundreds of thousands of dollars in fines this year alone.

It wasn't immediately clear which other Anchorage organizations or institutions would be directly affected by the measure. Close to 1,000 parcels in the city qualify for the exemption but "only a few" would exceed the 100-call threshold, according to a memo from Traini.

Under current city law, commercial properties, like hotels, that exceed 100 police responses in a calendar year can be fined $500 for each qualifying additional call. The "police response" that would be subject to Traini's proposal is when one or more police officers goes to a property after a call, an emergency or suspicion of illegal activity.

The call count doesn't include medical emergencies or reports of sexual assault or theft or child neglect, among other exceptions.

['This is a crisis': A day of chaos and confrontation outside Anchorage homeless shelters]

Commercial properties used for nonprofit, religious, charitable, cemetery, hospital or educational purposes get an exemption from the fines. Traini wants to remove the exemption. He also advocates in the proposed law for the hiring of more security guards.

Right now, police officials say the fine is more of an incentive for business owners to fix up properties, and it's rare for the fine to ever be paid.

The threat of fines played a role in the demolition of the Inlet Inn, a downtown hotel that was a magnet for police activity, said Natasha Welch, an officer with the Anchorage Police Department's Community Action Policing team.

Welch said the Inlet Inn had tens of thousands of dollars in fines against it for excessive police calls. The property owners ended up tearing the building down, Welch said.

Bean's Cafe and Brother Francis Shelter have far exceeded 100 calls for police response this year, according to police data.

Brother Francis Shelter has had roughly 1,500 police responses so far this year, according to Nora Morse, an Anchorage police spokeswoman. Bean's Cafe has drawn roughly 680 responses this year, Morse said. That would translate into a maximum of $700,000 and $290,000 in fines, respectively, under Traini's proposal.

Morse also said police officials have been already been working with Bean's Cafe and Brother Francis Shelter to make improvements. Draft plans would revamp the physical layout of the soup kitchen and shelter area to make it less of a gathering place.

Assemblyman Eric Croft, who chairs the public safety committee, said he hadn't yet read Traini's ordinance, which was posted online Monday along with other materials for the Anchorage Assembly's meeting next week. But Croft said he worked on legislation related to the issue of excessive calls while serving in the Alaska Legislature as a state representative.

He said such legislation was generally aimed at bad hotels or apartment buildings.

"We were generally trying not to target things like social service providers and hospitals, who are serving a sometimes-difficult clientele," Croft said.

Traini characterized his proposal as a "conversation-starter." He said he expected a lot of discussion about it in the coming weeks.