Not in their backyard: Alaska game board rejects wild release for feral cats 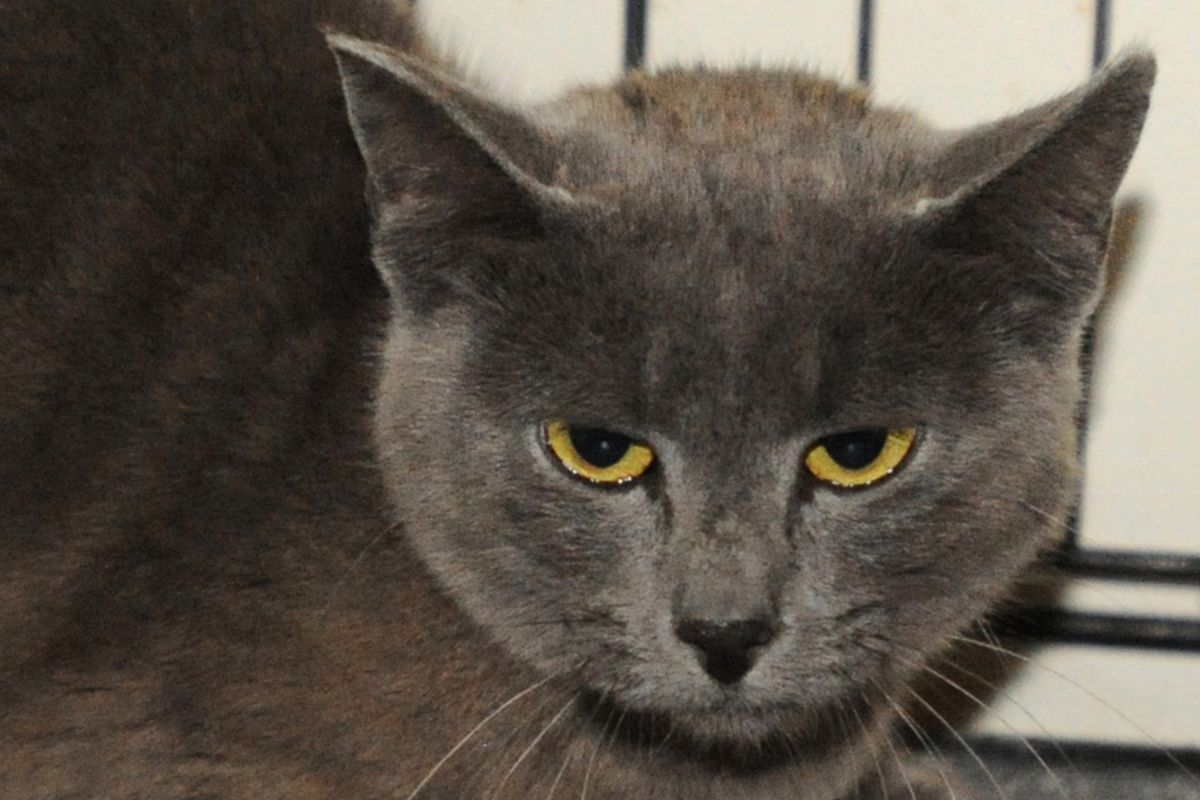 A feral cat at the Houston Animal Shelter on Sept. 7. (Bill Roth / ADN)

A feral cat at the Houston Animal Shelter on Sept. 7. (Bill Roth / ADN)

The state Board of Game on Friday rejected a bid to allow the release of sterilized feral cats into Alaska's wilds.

The seven-member board that sets wildlife regulations voted unanimously against a proposal that would have legalized a practice called trap-neuter-return that aims to control cat overpopulation.

Scattered colonies of cats abandoned or born wild populate communities around the state. Animal shelters struggle to find homes for the unsocialized animals and often end up euthanizing them.

The proposal, from an Anchorage special education teacher and animal advocate, was supported by a range of animal rescue and shelter groups looking for a humane solution that takes the burden off shelters.

But several board members referenced their statutory duty to protect Alaska wildlife from disease or "species capable of causing a significant reduction" in wild populations.

"These are out roaming in the wild with the potential to severely impact the bird population," said Karen Linnell, of Glennallen. "I just can't in good conscience … adopt this proposal."

Stosh Hoffman, from Bethel, said he didn't view the practice as humane after seeing feral cats living in a village dump. Hoffman said he spotted the cats at 3 a.m. or 4 a.m. as he headed out caribou hunting.

"They don't look very healthy. Their ears are gone, their tails are gone. They're scratched up," he said. "They're living in the dump, barely surviving."

More than 650 communities have adopted a trap-neuter-return policy that also involves vaccinations, according to sponsor Shannon Basner.

It was opposed by wildlife advocates concerned about the tremendous toll cats roaming free take on birds, mammals or frogs as well as the spread of disease.

About 50 comments opposed the change, as did the Alaska Department of Fish and Game.

Veterinary and other scientific associations point to studies indicating the strategy is "ineffective at controlling feral cat populations" unless 71 to 94 percent of the population is neutered, Brynn Parr, a permitting biologist with Fish and Game, told the board. "That's hard to reach."

The board received more than 900 public comments on dozens of proposals, though several hot topics accounted for most.

"It took me 11 hours to get through them," said board chairman Ted Spraker.

The board took no action on a proposal that netted more comments than any other: removing domestic goats and sheep from the so-called "clean list" of Alaskan animals that can be kept without a permit.

[Permits for domestic goats and sheep?]

The proposal, from the Alaska Wild Sheep Foundation, set out to protect wild Dall sheep from a bacteria linked to die-offs in the Lower 48. But livestock producers say the move would have decimated a fledgling cottage industry. Amid early research that shows a relatively low incidence of the disease here, Alaska's state vet says it's unlikely the bacteria could spread to wild sheep.

The board instructed the sheep foundation and the Alaska Farm Bureau to work together and provide a report to them at a March 2019 meeting.

Several members suggested both sides focus on continued research, testing sheep and goat flocks, and finding a practical way to restrict sheep and goat imports from outside Alaska.

Spraker promised to personally make sure Alaska's wild sheep stay safe and urged producers not to stop working on testing and imports now that they dodged a bullet.

"This is an issue that we really need to be serious about," he said.

Another animal failed to make the "clean list" altogether: the lesser hedgehog tenrec, a small spiny creature that's not a hedgehog at all but resembles one.

A licensed hedgehog breeder asked for the tenrec recognition out of the desire to be able to offer this hypoallergenic version of "a more affectionate 'pocket pet' " — presumably a reference to the sometimes less-than-personable but more familiar African Pygmy Hedgehog, which is on the clean list.

"The joy that I see this species bring into other families as a family pet seems to be exuberant," proposer Billie Wilder said.

The tenrecs, native to parts of Madagascar and Africa, can't breed and seem to bring little impact to Alaska animals, according to biologist Parr. But they "enter torpor" in cold weather and are known to charge an attacker or bite if they feel threatened, she said.

The board rejected the proposal 5-2, largely over concerns about introducing a new animal to the state.