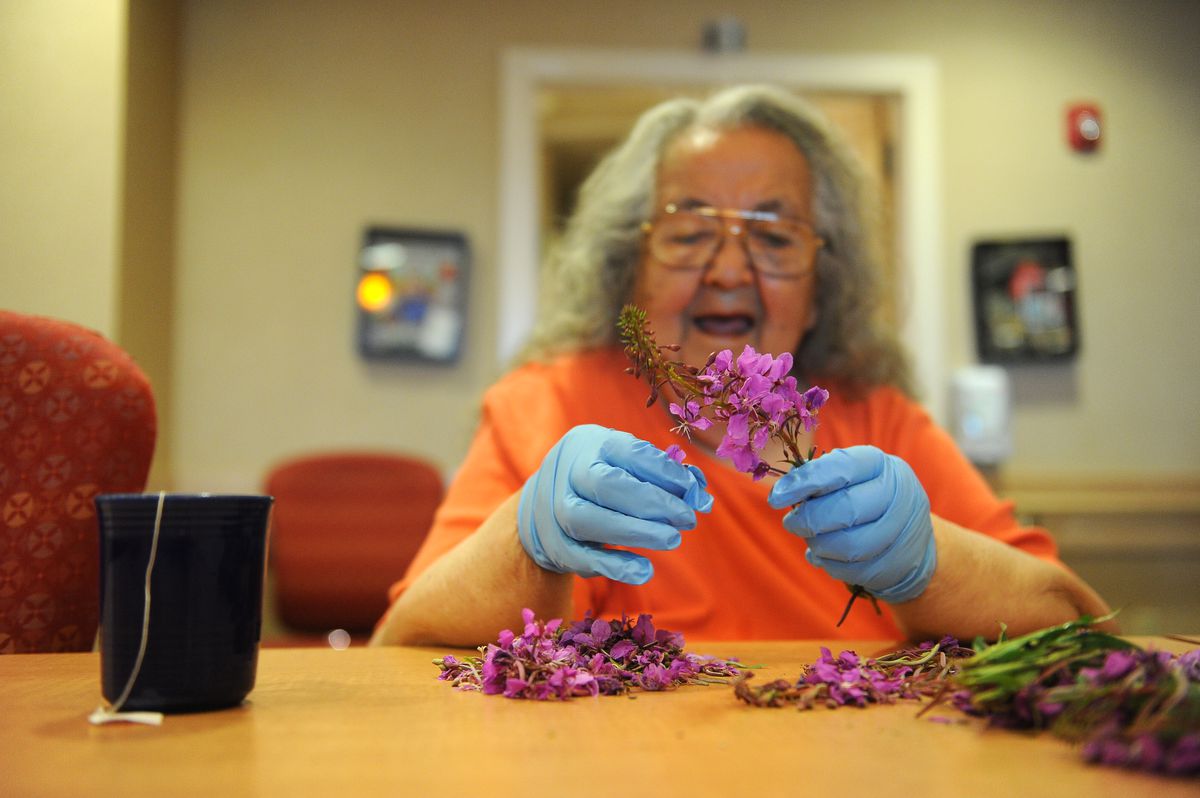 At the end of last year, a Facebook page dedicated to traditional medicine sparked a conversation about appropriateness and appropriation.

The page, called "AK Native Medicine," has since been taken down, but the issues it brought to light remain pertinent for those who called them into question.

"It is a matter of protecting the sacred," said Tlingit traditional healer Meda DeWitt, of Wasilla.

The page had been managed by a non-Native woman, identified on a GoFundMe site to support the page as Siena Rosetti, of Fairbanks. Her Facebook page identifies her under the same first name but a different last name. Rosetti did not respond to requests for comment for this story.

DeWitt, along with other healers from around the state, including some from the Arctic and Bering Straits region, reached out to Rosetti with their concerns about the page, which they worried misrepresented the extremely diverse and ongoing practice of traditional medicine.

It began when Sitka's Yeilk' Vivian Mork, who is raven from the T'akdeintaan clan, contacted Rosetti about certain misspelled names of plants, which she did not correct. Through talking with her, Mork found out she was non-Native, which didn't necessarily mean she couldn't be a good page manager, she said.

"I didn't want to judge her as coming from a negative place because there are many non-Native advocates of Native healing," Mork noted.

It's a sensitive topic with considerations of intellectual property rights, respect and history coming up in a diverse and open social media landscape.

Through messages, the page manager explained she got her information from books she had read on the subject. She was not, however, working with any practicing healers to vet the information.

"My intention in talking with her was not to make her not want to be an advocate of Alaska Native healing. It was to educate her that we are still here, still teaching, still healing and that she should be working with us if she was truly going to be an advocate coming from a good place," said Mork. "I felt that if she truly loved our healing knowledge she would want to engage with the Alaska Native healing community and respond to them."

Another healer expressed her own related concerns in a comment on the page.

"We the Natives are the ones who have traditional knowledge about our traditional medicinal plants. We know its history, we know the stories from our Elders, and we as traditional healers disagree with a non-Native running this page," wrote Yaari Walker, from the Bering Straits region. "Our Elders would respectfully disagree with this."

"I don't think I actually have the clout to consult Elders," Rosetti responded. "That's why I read the books that they contributed to. I have actually read a lot from a lot of different Elders. They chose to contribute certain knowledge to works that they knew would become public. Those are the works that I use."

This touched on the heart of the matter for many who took issue with the page. While texts are important, there are actively practicing healers throughout the state. To not consult with them before presenting information about the subject crossed a line between advocacy and misrepresentation, DeWitt noted.

"There are ways to support traditional healers. Co-opting is not one of them. This is something the indigenous people are facing all over. Advocacy is helpful and needed in law and policy. Asking actual Native healers to be a part of the platform and asking them what kind of support they need and using that to guide your efforts would be the first step," she said.

"We are living traditional healers who walk a fine line between laws, policies, and working to gain respect and acknowledgement in the health and wellness fields. It is a tightrope act for many of us," she said.

Over the last several years, acceptance of traditional healing and other practices, like food preparation, has become more widespread in what some call the Western context. Hospitals and schools around the state have begun incorporating Native foods and healing methods into their practices, but these changes often come with strict oversight.

Bridging together older ways and contemporary restrictions is not an easy task, DeWitt said, which is why it's critical for people to be careful about how and when and why information is passed along and used.

"I've been thinking a lot lately about how to survive in this world as a healer. It's always hard when trying to have indigenous knowledge survive in a western world," said Mork.

Along with the page, Rosetti had started a GoFundMe campaign to help support the work, stating the money would go toward collecting knowledge and putting together informational packets, along with making merchandise to further support the site. She did say, however, she would not be profiting personally from either, though some of the money might go toward speaking engagements to present the material.

"All I could think of was the huge amount of healers I know struggling in the world to preserve our knowledge, actively passing it on, and wishing they had the funding to make an app or write books," said Mork.

In December, the page manager ran a poll asking whether or not readers thought it should be taken down. With more than a hundred reactions, over half the respondents said it should be deactivated. Rosetti took down the site and ended the GoFundMe campaign.

For that reason, among others, she said she thinks it's very important to have open and honest dialogue among people about these topics and concerns, in order to respectfully present sensitive information about living traditions in a thoughtful and meaningful way.

This story was republished with permission from The Arctic Sounder.