These endangered Nevada fish were rocked by the big Alaska earthquake, so they started to spawn 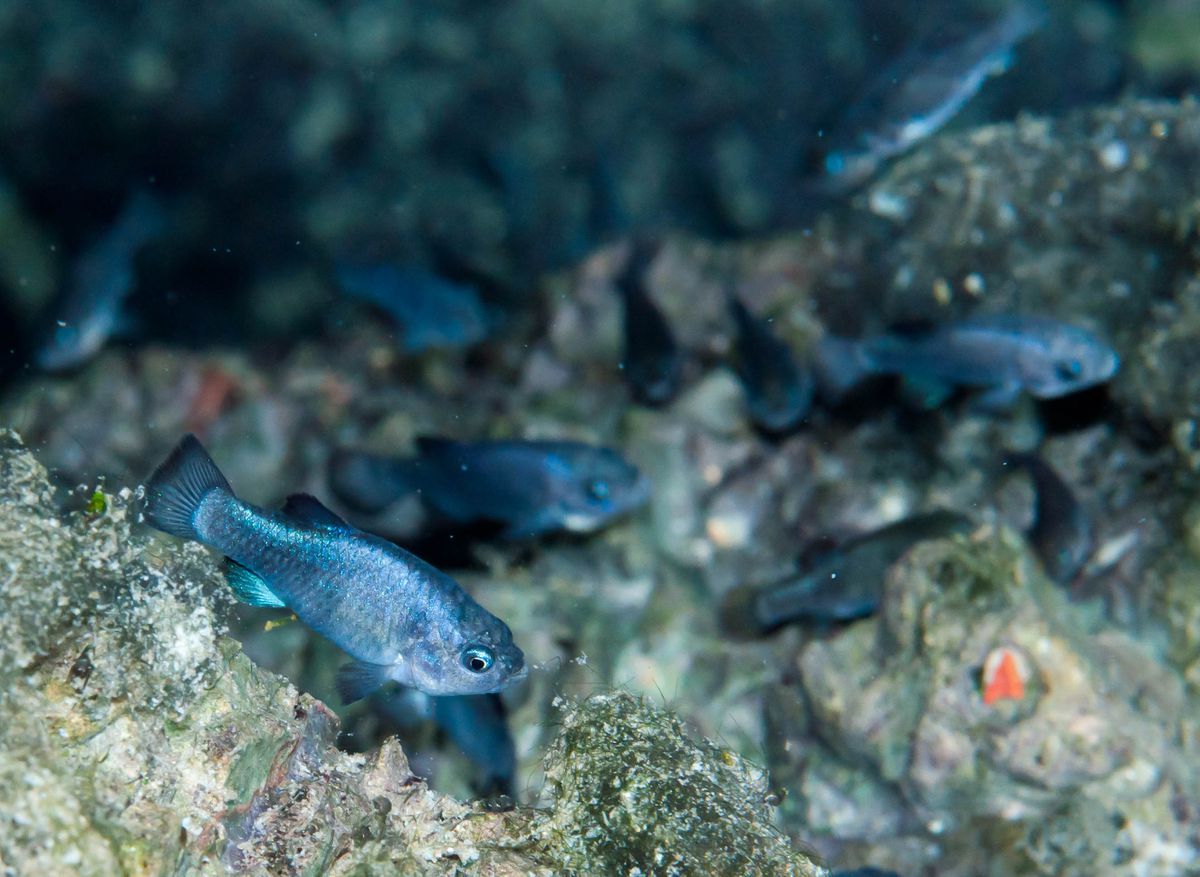 Tuesday's massive earthquake off the coast of Alaska sent waters sloshing 2,000 miles away in Devils Hole, a limestone cave that's part of Death Valley National Park and home to the critically endangered pupfish.

The magnitude-7.9 earthquake triggered 1-foot waves in the cave's pool where, at last count, 115 pupfish live, according to a park statement.

"It's crazy that distant earthquakes affect Devils Hole," said Kevin Wilson, aquatic ecologist for the park. "We've seen this a few times before, but it still amazes me."

The pupfish — silvery-blue and the size of a pet goldfish — were unharmed, the park service said.

Afterward, the fish started spawning. That's their normal reaction to events that disturb their habitat, said park service staff. Males turn "a brilliant blue color" when they spawn, usually in spring and fall.

[The case of the phantom tsunami: Why an Alaska buoy showed a big wave that wasn't there]

The sloshing waters at Devils Hole in the Nevada desert were caused by a seiche, or waves "in an enclosed body of water (such as a lake or a pool) caused by an earthquake's seismic waves," the park service said.

Big earthquakes in Japan, Indonesia, Mexico and Chile have also made waves in Devils Hole, the Los Angeles Times reported.

Within an hour after the quake, groundwater in Fort Lauderdale dropped by an inch and a half, and in Big Bend it rose by 2 inches, the Miami Herald reported.