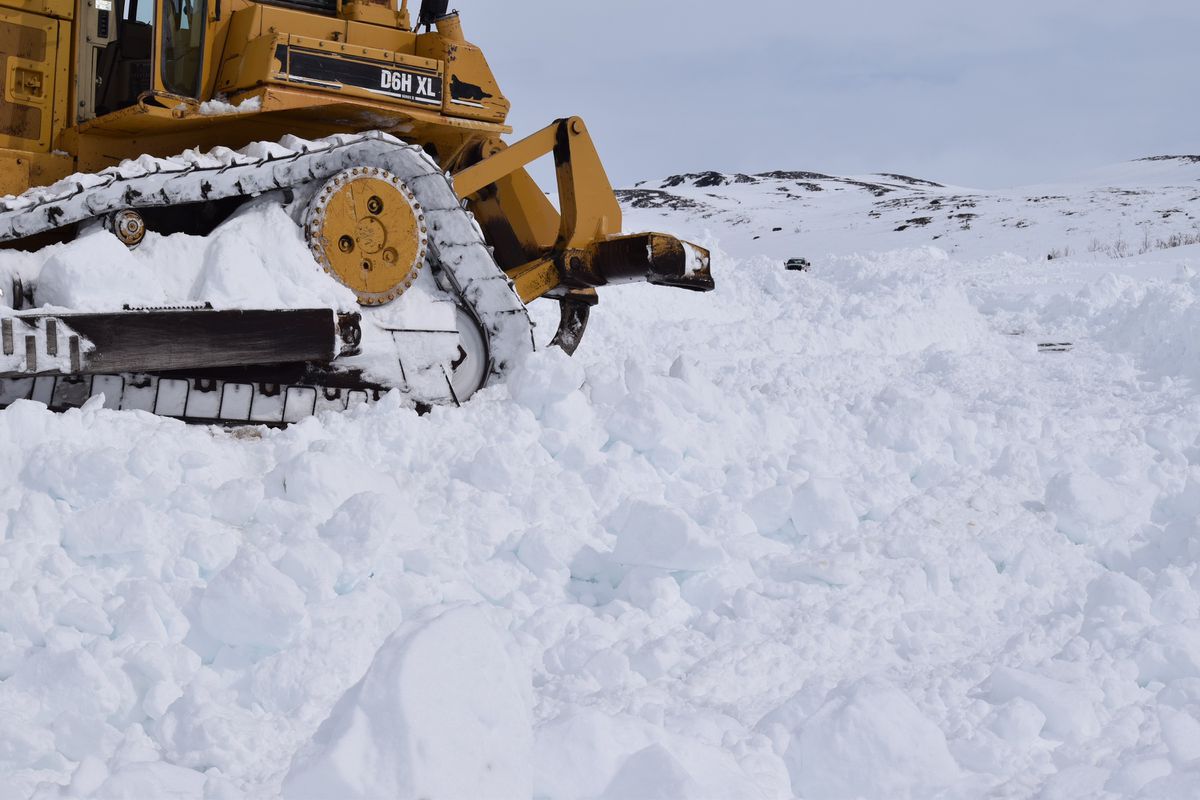 Crews worked to clear the Denali Highway of snow on the Richardson Highway side of the road in early May 2018. (Alaska Department of Transportation and Public Facilities)

Crews worked to clear the Denali Highway of snow on the Richardson Highway side of the road in early May 2018. (Alaska Department of Transportation and Public Facilities)

The Denali Highway, which connects two major roadways in Interior Alaska, will be delayed in its annual reopening this spring, officials said Wednesday.

This winter, 88 inches of snow — 7.3 feet — fell at the Paxson maintenance station on the eastern edge of the Denali Highway, slowing down state crews working to clear the road, according to the Alaska Department of Transportation and Public Facilities.

The 135-mile road connects the Parks Highway and the Richardson Highway near Cantwell and Paxson, respectively.

Maintenance on the road ends Oct. 15 every year, said Meadow Bailey, DOT spokesperson. Usually, the road opens up after winter on May 15.

In mid-April, crews began clearing the road of snow and repairing both sides of the highway. But heavy snowfall and late-spring storms made for an above-average snowpack, and slow going for state crews, DOT said.

The highway is open from Cantwell to the end of Mile 60, roughly 10 miles east of Alpine Lodge. On the Paxson side, the highway is cleared until roughly Mile 20, near Tangle Lakes.

Tour companies like Holland America and Princess will be affected most by the extended closure of the Denali Highway, Bailey said, as tour groups travel along the road.

Correction: An earlier version of this story said Paxson was on the western side of the Denali Highway; it's on the east.