First large wildfire of the summer burns in Interior Alaska 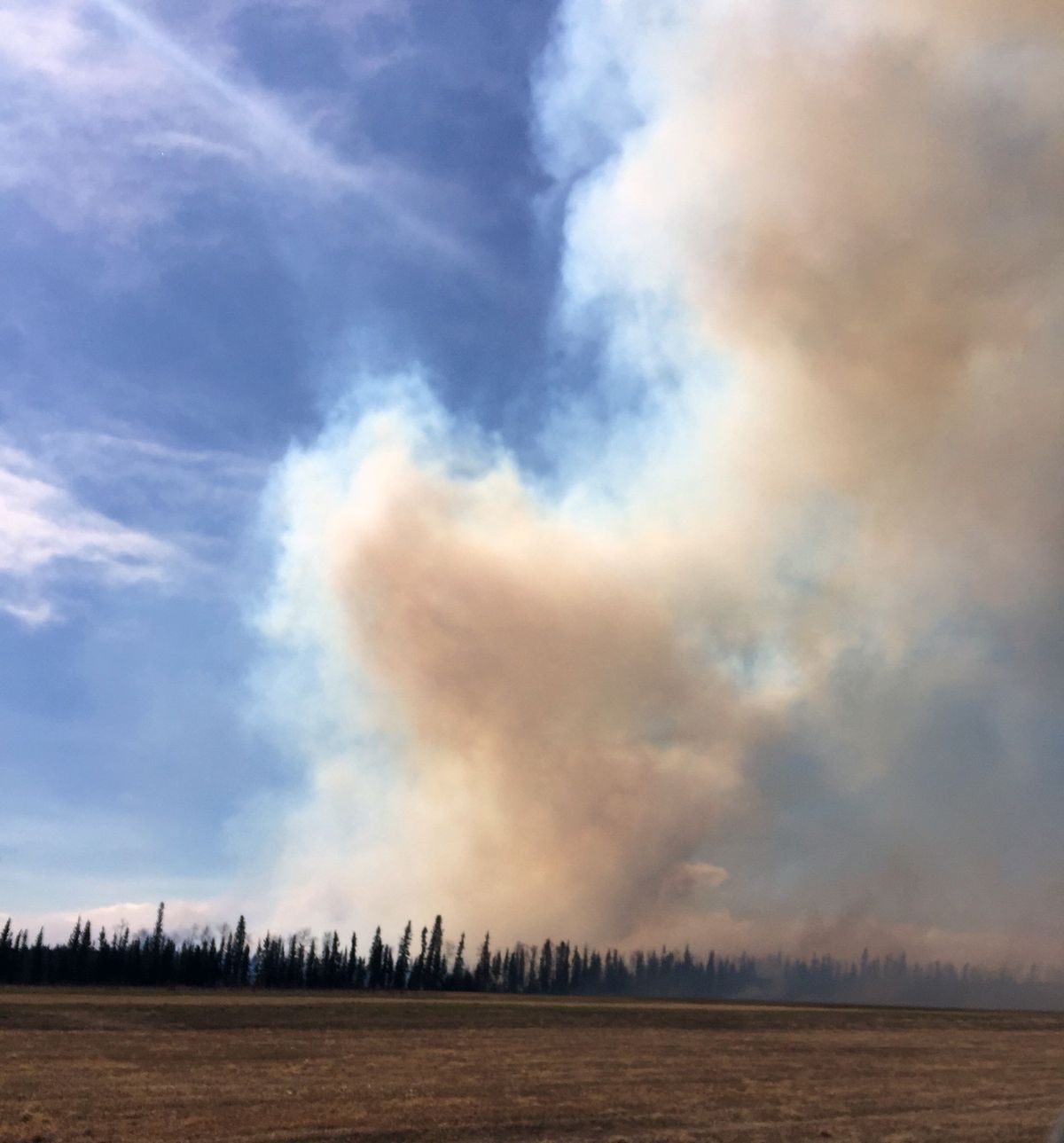 Smoke rises from the North Eielson Fire off Tanana Loop Extension near Delta Junction on May 11, 2018. (Alaska Division of Forestry)

Smoke rises from the North Eielson Fire off Tanana Loop Extension near Delta Junction on May 11, 2018. (Alaska Division of Forestry)

The state's first large wildfire of the season burned through 20 to 30 acres of land Friday afternoon near the Interior Alaska community of Delta Junction, a fire official said.

The North Eielson Fire was reported around 1:15 p.m. Friday, off Tanana Loop Extension northeast of Delta, according to Alaska Division of Forestry spokesman Tim Mowry.

The fire was started by a tree that fell on a power line. It started in a forested area but spotted into a grassy field, Mowry said, where "it just took off."

By 2:30 p.m., the blaze was estimated to have burned through 20 to 30 acres of land, Mowry wrote in a post on Alaska Wildland Fire Information, much of it grassy farmlands.

Strong winds led to advisories across much of the Interior on Friday. In Delta, the National Weather Service said winds gusting up to 50 mph were forecast through early Saturday morning.

Mowry said at least seven fires had started due to power lines falling on trees — three in Fairbanks, and four in Delta. But the North Eielson Fire is the only one that ballooned in size.

Alaska State Troopers and the local fire department were weighing whether people needed to evacuate, but in the end, no evacuations were ordered, Mowry said.

The wind had died down some by the evening in Delta, Mowry said. After burning through the grassy fields, the fire ran into a more wooded area that was still wet and slowed down the fire.

About 20 people were on scene Friday evening, with more on the way, and would be "mopping up the scene" likely though Saturday morning, Mowry said.