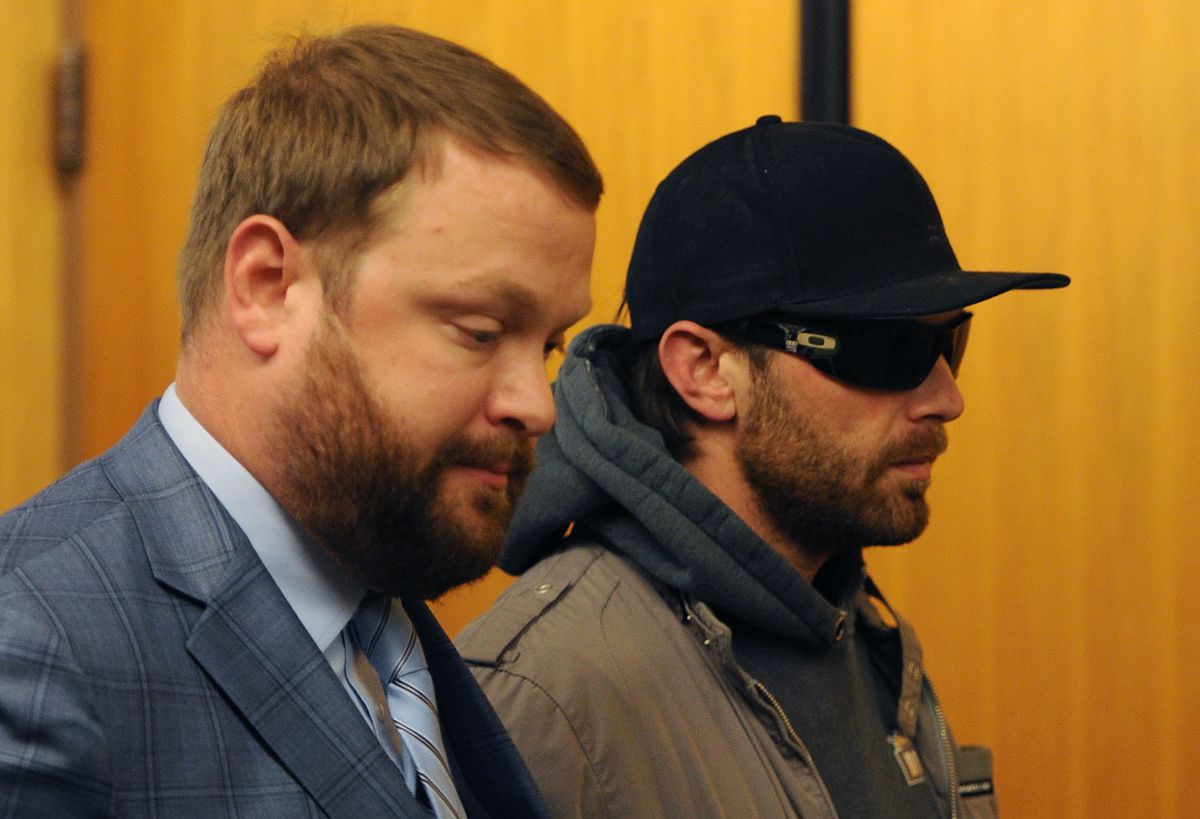 Track Palin pleaded guilty in an Anchorage courtroom Tuesday to a charge of misdemeanor criminal trespass stemming from a December altercation with his father at the family's home in Wasilla.

The plea officially enrolls Palin in a therapeutic court program for military veterans, in which participants agree to work to better themselves in exchange for reduced criminal penalties.

The trouble stems from a Dec. 16 incident in which Track Palin showed up at his parents' home to confront his father, who met him at the door with a pistol, according to the original charging documents in the case.

Palin was originally charged with felony burglary along with criminal mischief and misdemeanor assault.

If he successfully completes the requirements of Anchorage Veterans Court — including months of drug and alcohol testing, counseling and weekly court appearances — he will be sentenced to 10 days in jail. He will serve one year if he fails to complete the program.

On Tuesday, the 29-year-old called in from Wasilla to enter his plea instead of appearing in person in court, where reporters — including some working for a British tabloid who had flown from Los Angeles — had gathered.

Palin's attorney had earlier argued for media to be kept out of the veterans court sessions, which require participants to speak about their progress in open court.

The therapeutic court program, which typically takes nine months to a year to complete, is the harder choice for someone facing Palin's charges, said Anchorage District Attorney Rick Allen. Participants have to "jump through a lot of hoops" to make it through, he said.

"The easiest thing for him to have done would have been to plead guilty, do a little jail time and be done. The more rigorous thing is to go through a court like (veterans) court. That's what people who are thinking more long term and really want to better themselves do."