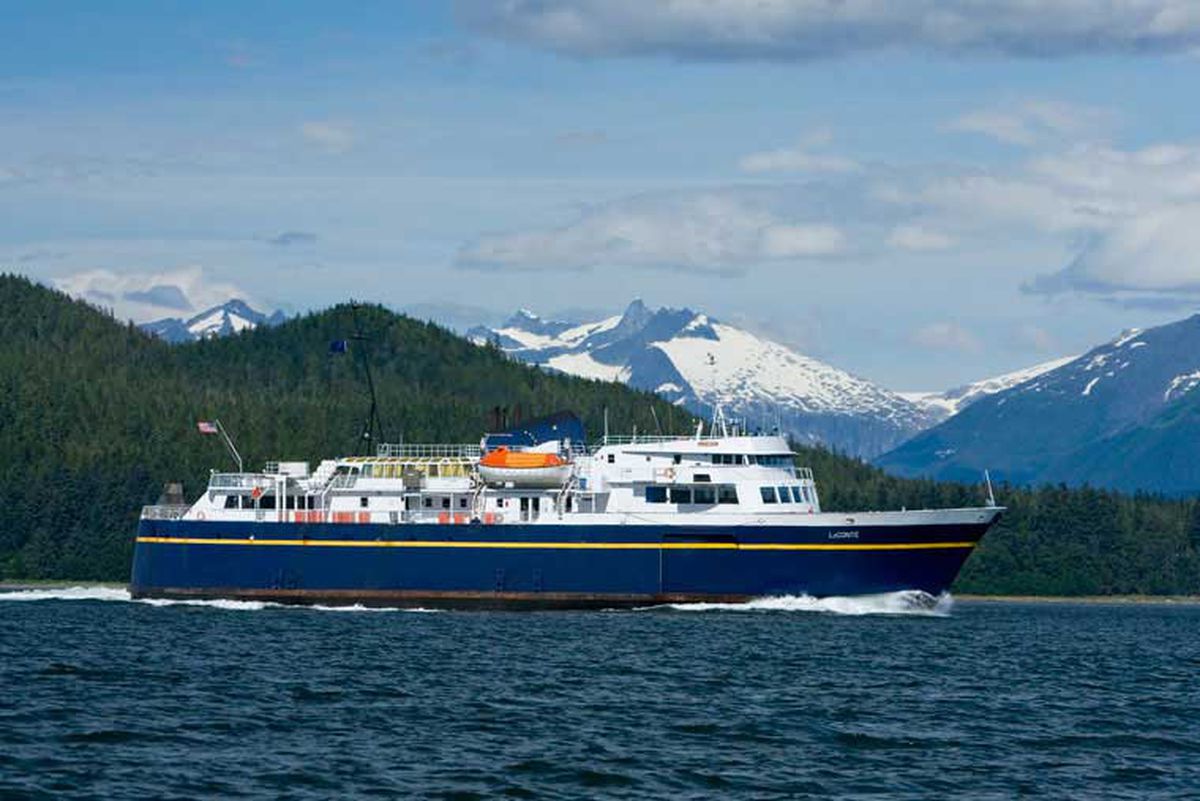 Passengers were stranded Thursday on an Alaska Marine Highway System ferry tied up in Angoon for seven hours after it lost power, KTOO reported.

In that time, they were fed the galley's melting ice cream, a fatal dogfight ensued and a seafood dinner donated by a local lodge ended up uneaten in the ship's freezer.

The ferry LeConte had been stuck in the Southeast Alaska town with 52 passengers aboard for nearly six hours. One of them, Kathleen Dean Moore, left KTOO's newsroom a voicemail.

"I am on board the LeConte, the ferry, that is in dock in Angoon," she said. "It has lost its electrical power. It is unable to open the gate that would let the people from Angoon to go home."

The ferry's primary generators failed and the stern door was unable to open.

[Repairs keep Alaska ferry out of service for second week]

It didn't help that it was also one of the hottest days of the year.

"Things got bad on board because without electricity the toilets didn't flush and so the toilets were filling up with nasty stuff," Moore said.

Moore wrote a full account of her experience on board.

"It was an unprecedented and difficult situation without any power," said Aurah Landau, spokeswoman for the state's ferry system. "The cooling systems on board for the food and water systems were not working. So what the crew did was first they gave away all the ice cream because that's going to melt, and made sure there were liquids available, (and) they passed out sandwiches and food."

People brought pets up from the car deck. By this time, Moore recalled, tempers were frayed and one person's two dogs began fighting.

"It was very difficult for people to take care of their dogs, as you can imagine," Moore said. "It was really sweltering hot. And people were going down and trying to keep them from suffering and one dog seriously bit another dog and the little dog died on deck."

The state Department of Transportation had a technician flown in from Juneau. Mark Powers was waiting for a grocery delivery and offered his boat to help.

"We got the mechanic aboard with the skiff," Powers said Friday. "They were able to open the side door but they couldn't open the stern doors of the ship."

Powers said he could tell how desperate things were getting for those on board. The captain and crew had their hands full. He co-owns the Whaler's Cove Lodge with his wife and figured they could help.

"I called over to them and offered to get everybody fed," Powers said. "We didn't really know it until about that time that they didn't have any electricity to the galleys so they were down to I think just bread and a couple cases of bottled water."

The lodge's staff sprang into action.

"We pulled a bunch of crab out of our crab tanks and cooked 'em up and did some hotel pans and took them all over there," he said.

By this time repairs to the generators were complete and the power was back on. The doors were opened and Angoon passengers were off the ship.

But there were around 30 passengers bound for Juneau. Kathleen Moore recalls sighting the lodge's boat.

"We were all excited because we saw that the lodge was bringing over a skiff which was filled with a feast and it had crab and I think it was salad," she said. "We thought, 'Hooray! They're going to feed and treat us well.' They brought that food on board and it disappeared and we never saw it. So what we had was a sandwich. Oh yeah, and a scoop of ice cream."

"The crab came on board right when the power came back on so the crew was working on getting passengers off in Angoon and then getting underway to get back to Juneau," Landau said. "So it was late at night and they just put the crab in the freezer so that they could run the boat and get the operations going."

She added that the captain had decided that if the generators couldn't be restarted before dark he'd risk putting passengers on lifeboats. They wouldn't spend the night aboard the disabled ferry.

Mechanical failures aboard the ferries are not uncommon. Landau said there are a number of reasons: the aging fleet plus a $29 million cut in state funding over the past five years.

The LeConte eventually arrived in Juneau at 4:15 a.m. – eight hours late. At 10 a.m. it was back in service on a run to Haines and Skagway.

This article was first published at KTOO.org and is republished here with permission.