‘Was that as scary as I feel like it was?’: Crew of Bristol Bay fishing boat crushed between ships barely escapes 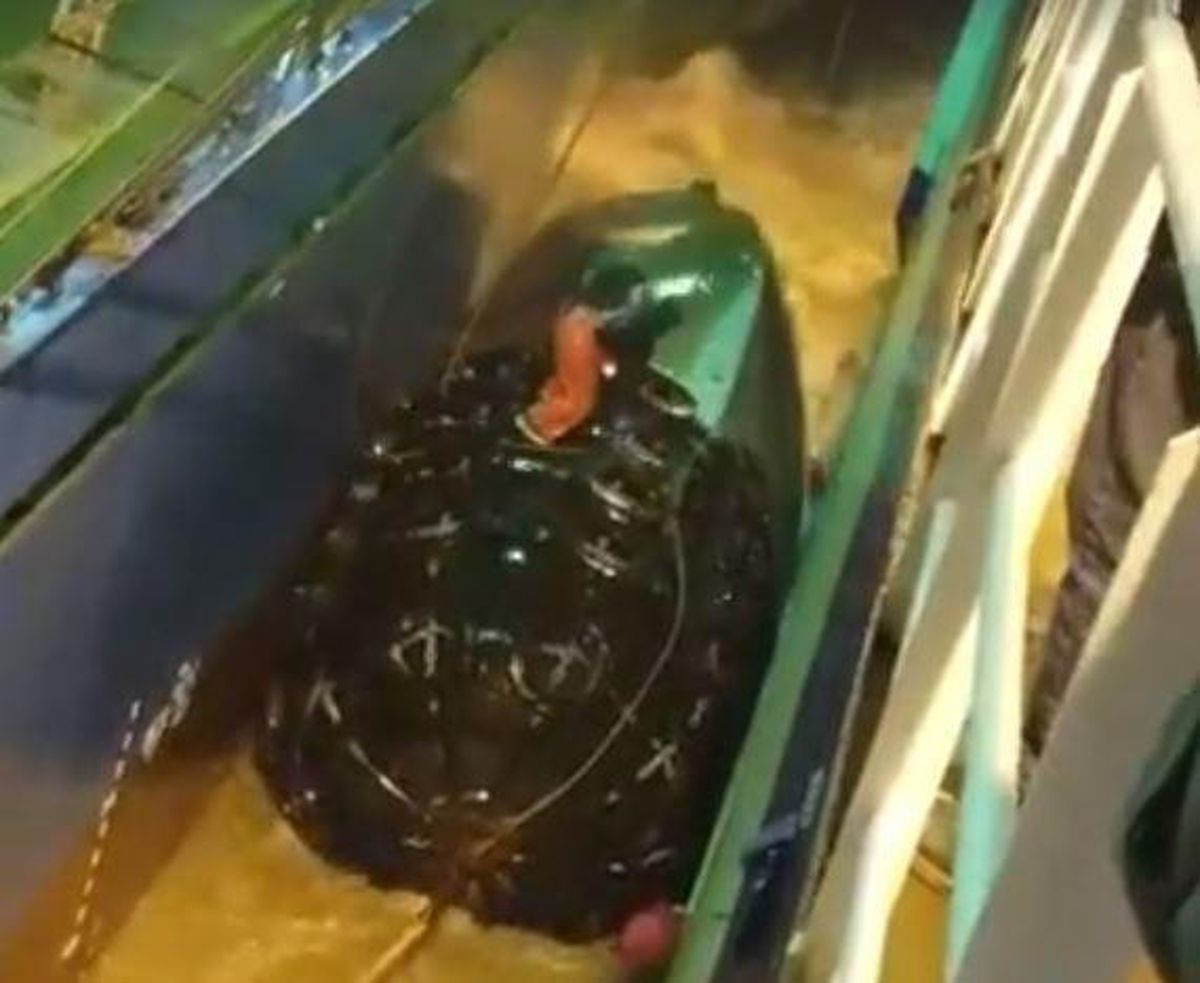 Kyle Brojakowski and Jan Medhaug climbed of the F/V Kristi seconds before it capsized. (Still image from video courtesy of Dennis Villanez via KDLG.org)

Kyle Brojakowski and Jan Medhaug climbed of the F/V Kristi seconds before it capsized. (Still image from video courtesy of Dennis Villanez via KDLG.org)

DILLINGHAM — Shortly after midnight on Saturday, the fishing vessel Kristi lost power near Clark's Point, a Bristol Bay village just outside Dillingham. The tide was coming in, and the boat floated in the current at 5 knots.

While its skipper Jan Medhaug and deckhand Kyle Brojakowski worked to restore power to the 32-foot aluminum drift boat, Medhaug's wife, Kayla Breeden, went to the stern to hang a protective buoy.

"When you're out there fishing for that many days, you just think kind of everything is mundane, so I grabbed my buoy to go out there," said Breeden. "I didn't even put my rain jacket on and I almost didn't put my boots on because I thought we were going to clear her."

She could see two large ships, which she estimated were "three football fields away." The 400-foot cargo ship Sohoh was anchored about 15 feet from the 330-foot fish-processing vessel Gordon Jensen. About 10 seconds after Breeden hung the buoy, the Kristi struck the Gordon Jensen.

The fender, a giant, rubber cylinder filled with air and designed to protect the two larger ships from damaging one another, pinned the Kristi at the bow. The aluminum boat bounced between the two steel ships.

"You could hear it crushing the boat in between. … Aluminum is strong, but it's not stronger than steel and water with all that pressure. She cried and moaned and banged really bad," said Breeden, recalling the sound of the breaking ship.

Medhaug radioed the Gordon Jensen for assistance, and the processor lifted Breeden off the boat in a man basket.

She said, "The guys were still trying to figure out if there was something we could do. Right as I got off I said to (the Gordon Jensen crew), 'Was that as scary as I feel like it was?' And they said, 'Oh my gosh, yes,' and they were looking at me like I was a ghost almost."

Medhaug and Brojakowski attempted to situate the Kristi so it could stay afloat through the incoming tide. They hoped to extricate the boat from between the ships at slack tide, when it would no longer be pinned to the fender.

From her position on the Gordon Jensen, however, Breeden could see that the men were in more danger than they knew.

"Our boat is not a flat deck; it's got a pit in the back for picking, so more water was building up in there," she said.

At the screeching groan of twisting metal, Medhaug and Brojakowski finally abandoned ship. They scrambled onto the fender a moment before the Kristi capsized, bow over stern, and sank beneath the waves in seconds.

"As Jan was stepping off the bow, the stern was taking on all the water and starting to curl under, so two seconds later and he probably wouldn't have been able to get off," said Breeden.

The Gordon Jensen brought Medhaug and Brojakowski aboard in the same man basket that had rescued Breeden 20 minutes earlier.

"When the guys did get lifted off, I ran up and we all three hugged each other just like out of a movie," said Breeden.

In the aftermath of the disaster, many loose ends remain. The Coast Guard is investigating the incident. It was not immediately assigning fault in the accident to any party.

The senior investigating officer did note that the anchor line on board the Kristi was not long enough to be useful in this situation, where it was drifting in water 40 to 50 feet deep.

"Certainly an anchor might have helped in this case," cautioned Lt. Cmdr. Michael Novak. "Situational awareness is always key, and having the right equipment, knowing your operation can obviously prevent disasters."

The captains of the Sohoh and Gordon Jensen have not reported any damage to their vessels. The Coast Guard will work with Medhaug on a salvage plan to mitigate hazards the sunken vessel poses, including pollution risk related to diesel fuel.

Medhaug and Breeden flew back to their home in Seattle on Monday, but they plan to return next year.

Breeden said, "We're hoping to get a safe boat, and we're probably going to bring our kids next year. What happened to us was a very fluke thing. …

"I think we can all learn from what did happen and thank God for all the other fishermen out there that help each other and the way it is here in Alaska and on the river."

Along with the boat, Breeden lost her wedding ring, Medhaug lost an Alaska gold nugget watch that was a keepsake from his father, and Brojakowski lost the backpack he carried as a Marine in Iraq. As they reflected on the event, however, Breeden and Medhaug focused not on their losses but on their luck.

They are thankful that their 11-year-old son, who usually fishes with them, was not on board this year.

Medhaug has been fishing in Bristol Bay for 25 years, 17 of those on the Kristi. It was his father's boat before it was his. Breeden has fished with her husband for five years. They had planned to retire the ship at the end of the summer.

"We put a lot of blood sweat and tears into that boat, there's no doubt about that," said Medhaug.

"But at the same time, we feel like at least she's out there still fishing, right?" Breeden chimed in, and Medhaug chuckled.

This article was originally published at KDLG.org and is republished here with permission.