A bear attacked this man’s vintage sports car in Girdwood. He’s being pretty cool about it. 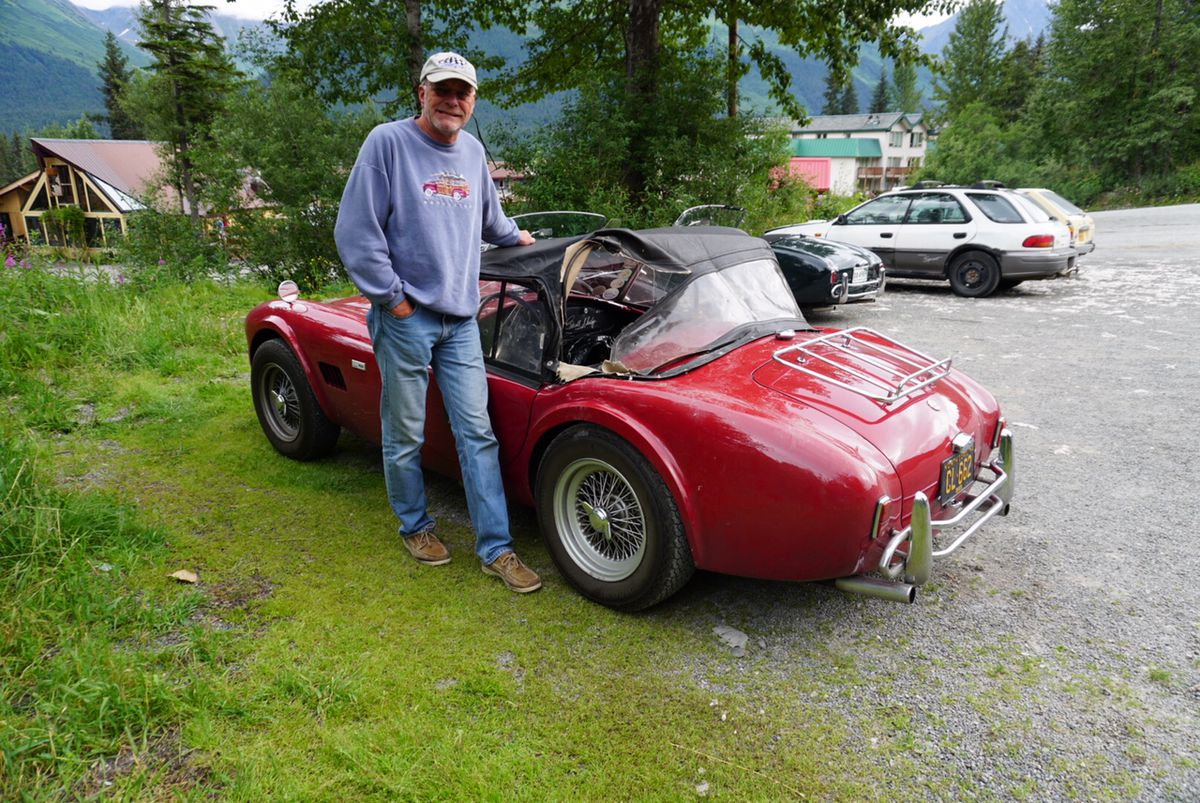 Tom Cotter stands with his 1965 Shelby 289 Cobra in Girdwood, the morning after a bear apparently broke into it and stole some Fig Newtons. (Courtesy Tom Cotter)

Tom Cotter stands with his 1965 Shelby 289 Cobra in Girdwood, the morning after a bear apparently broke into it and stole some Fig Newtons. (Courtesy Tom Cotter)

Tom Cotter is remarkably laid-back for a man whose nearly million-dollar sports car was just roughed up by a bear in Girdwood.

Their grand tour had taken them through Talkeetna, Denali, Healy, Fairbanks, Paxson, Valdez and through the Whittier Tunnel without incident.

Last week, they stopped in Girdwood for the night. What no one realized was that a forgotten package of Fig Newtons lay hidden inside Cotter's cherry-red 1965 Shelby 289 Cobra, which he says is probably worth just shy of $1 million.

The next morning, Cotter woke up to a text from his friend. "I think you should get down to the parking lot as soon as possible," it read.

Cotter says he arrived to find his Cobra coated with mud. The original 53-year-old vinyl top had been shredded open. The interior looked like a bear had rummaged through it.

"There were big muddy paw prints," he said. "The Fig Newtons were gone."

The bear also left dents in the rear fender — a delicate aluminum body that's "like a beer can, soft and easy to bend," Cotter said.

Cotter, who started a successful public relations and marketing agency in North Carolina before retiring to focus on writing books on rare car collecting and his YouTube channel, Barn Find Hunters, is sanguine about his Alaska experience.

There are only 998 cars like his in the world, he said. Most people who own them keep them in the garage and "maybe drive them to the country club every third Sunday," he said.

But what's the fun in that, he says. He's traveled all over the country in his Cobra. He chose to drive hundreds of miles around Alaska's frost-heaved, rutted roads in it for fun, he said. He calls the last two weeks the best vacation of his life.

The bear story is now just part of the trip, he said. After the incident, his friends surprised him by buying a giant stuffed bear and leaving it in the driver's seat of his Cobra.