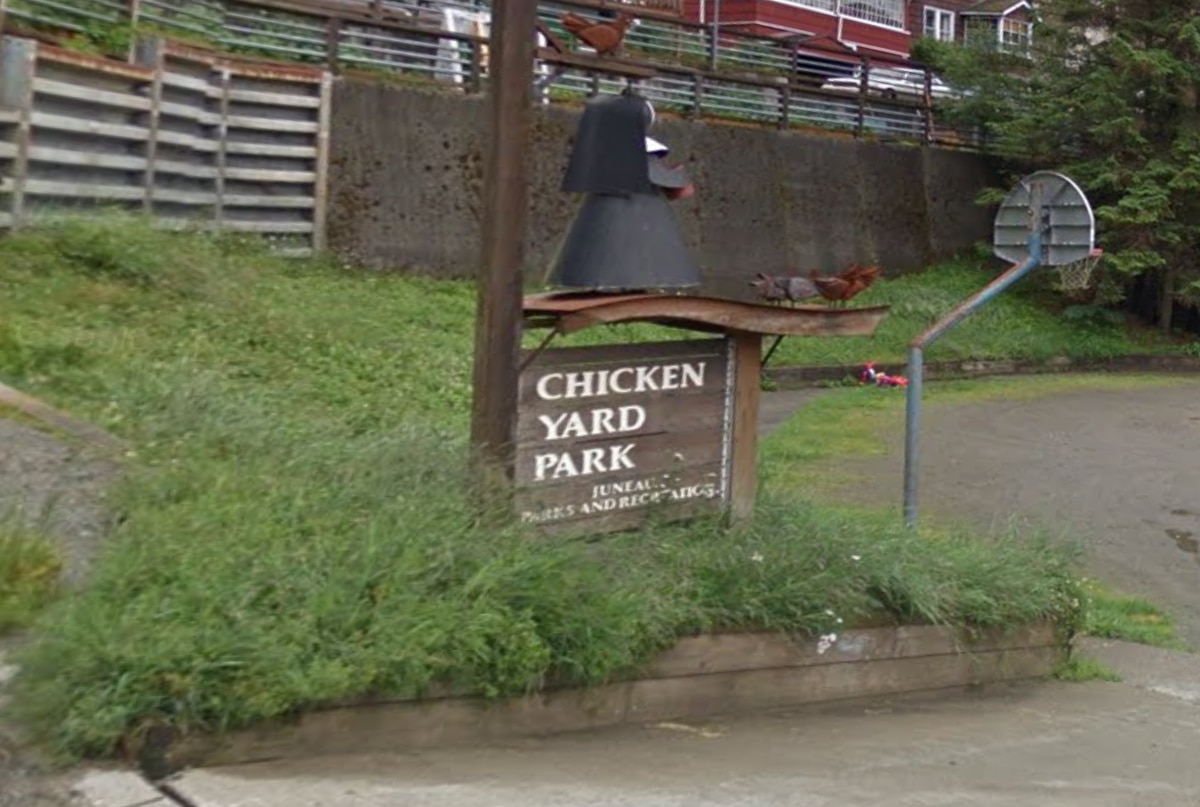 JUNEAU – Juneau officials are at odds with the owners of a house that has long had a driveway running through a city park.

The city Parks and Recreation Department has $90,000 to spend on rebuilding the playground in Chicken Yard Park, but it is considering scrapping the park unless the driveway issue is resolved, KTOO Public Media reported Wednesday.

A city ordinance prohibits vehicles driving through the park, but the owners of the house behind the park say they've been allowed to do it for years, said George Schaaf, director of parks and recreation.

"We didn't know what was going on and it made us realize that we had a serious issue with motorized vehicles, cars, trucks and equipment in a playground," Schaaf said.

Vicki Van Fleet, who owns the house with her husband, said the city has threatened to block the driveway, which was built before the park existed.

The park was created in 1950 after neighbors purchased the lot and gave it to the city.

The Van Fleets have rejected the city's offer to sell them a parking place. They have also retained a lawyer to fight the city for the driveway access.

"The challenge we have is that, being such a small park, there really isn't enough room for vehicles to move safely through a lot this size and at the same time have children using a playground," Schaaf said.

The next step is to have residents and officials meet to develop solutions, said Chris Mertl, chair of the Parks and Recreation Advisory Committee.

In the meantime, the city has removed the playground's slide and posted warning signs about the cars.