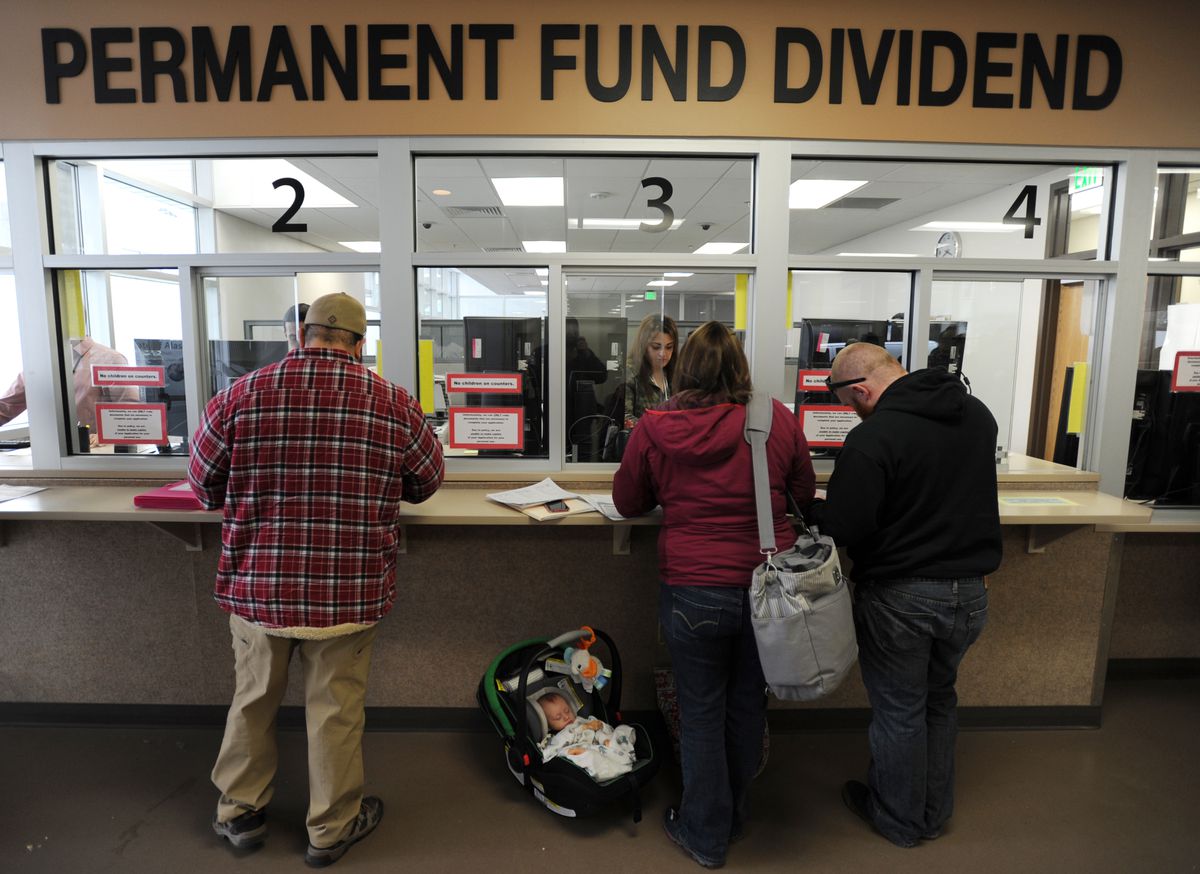 Check your bank accounts on Thursday, Alaskans. That's the day Permanent Fund dividend checks will start to be disbursed.

Oct. 4 is the first day the oil-wealth payouts from the state will be paid via direct deposit, or mailed out in the form of paper checks.

This year's check will be $1,600 per person. Roughly $980 million will be paid out Thursday, said Permanent Fund Dividend Division operations manager Anne Weske. Smaller payments will also trickle out to residents later, coming to a grand total of just over $1 billion for the 2018 PFD.

People should try to wait until Friday to call the state's PFD division if they have a question about their check, Weske said. It's a busy time of year for staff.

"At this point, all the money is sitting at the banks and all the banks have different ways of disbursing money," she said. "It's not really a PFD thing as far as when people get it. At this point, it's on the bank side."

"We've received calls — people kind of freaking out a little bit today," she said. "Today as people are starting to see money but then maybe their neighbor didn't get it, some people are saying, 'I got mine today, maybe today is PFD day.' "

An estimated 87 percent of Alaskans will get the money through direct deposit, according to the Alaska Department of Revenue.

There's a note on the PFD division's website urging people to check all their bank accounts before calling about their direct deposit.

"We get just slammed, starting tomorrow," Weske said. "We call it 'Where's my money?' season."

[Marijuana businesses boomed, but it was a more subdued PFD day for other retailers]

This is the eighth highest dividend in the program's 36-year history, Gov. Bill Walker said in a statement on Thursday.

What do you plan to use your PFD on this year? Tell us in the comments or email azak@adn.com.