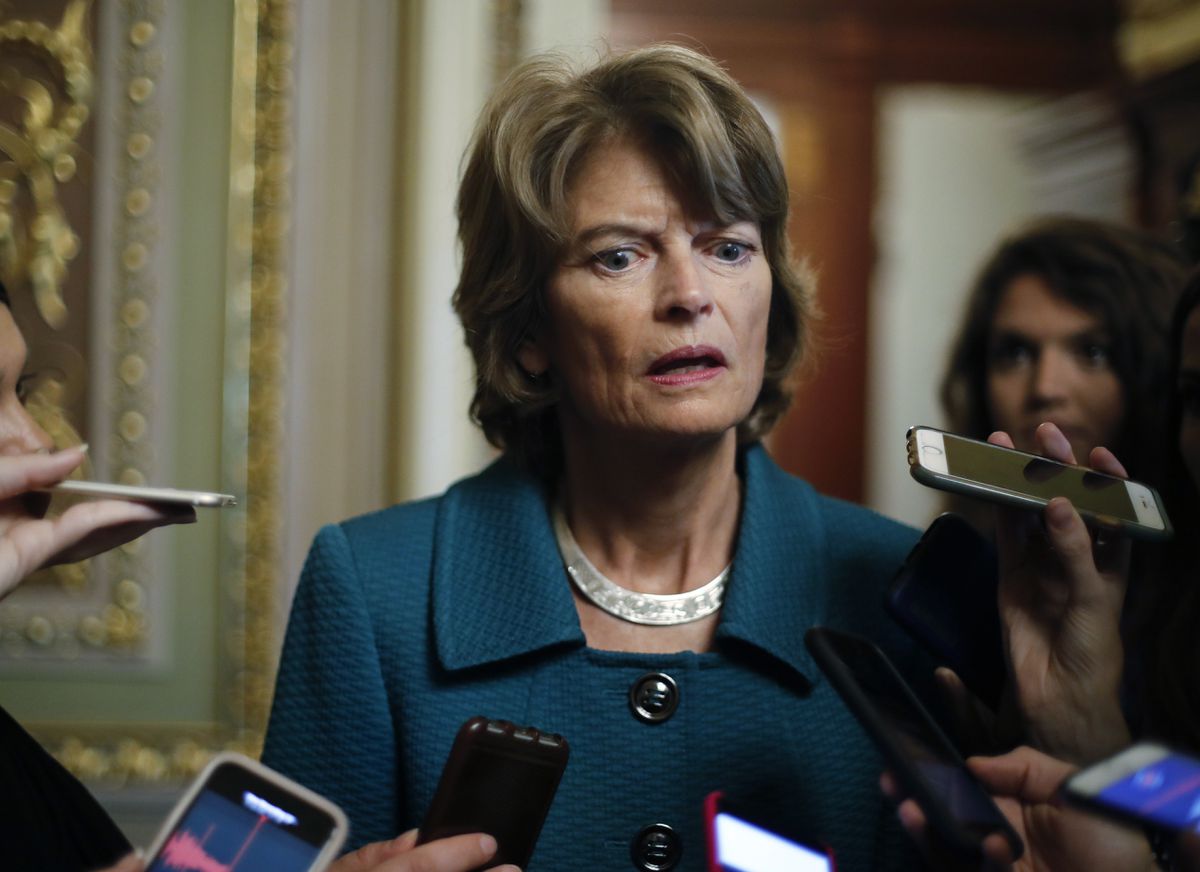 "Hey @LisaMurkowski – I can see 2022 from my house," the former Alaska Gov. Tweeted. (Guess what year Murkowski is up for re-election?)

Former state representative Andrew Halcro, who traded jabs with Palin as a 2006 candidate for governor, stood by his old friend. The two represented Anchorage in the Alaska Legislature.

Murkowski was the only Republican to vote against Kavanaugh Friday as the Senate advanced the judge to a nomination floor vote tomorrow. She told reporters that she believes Kavanaugh "is a good man," but is "not the right man for the court."

A spokeswoman said Murkowski spent much of the week reviewing Kavanaugh's qualifications, his judicial opinions and talking with Alaska constituents, including a contingency who made the cross-country trip to D.C.

Full quote from Murkowski to a gaggle this hour: pic.twitter.com/tT3EeBWzqP

"I am both shocked and disappointed," Babcock said, calling Murkowski's apparent intention to vote against Kavanaugh this weekend a "sharp departure" from her eventual support of prior Supreme Court nominees.

(Murkowski did not vote for confirmation of Sonia Sotomayor and Elena Kagan.)

"This vote (by Murkowski) is something that will stand and linger and mark a point in time," Babcock said. "I don't think it requires an immediate response. But it requires a significant response."

Murkowski, who is pro-choice and represents a state with the highest rate of sexual assault in the nation, called the decision the "most difficult evaluation" of her political career.

"We are at a place where we need to be thinking again about the credibility of our institutions," she said.

Murkowski has tangled with her own party before, losing the state Republican primary to Joe Miller in 2010 only to win an improbable write-in campaign with the help of Alaska Native interest groups.

As news of Murkowski's much-anticipated vote circulated Friday, Miller tweeted a response of his own.

From the Tea Party-style Republican Murkowski beat in that 2010 write-in: https://t.co/CiRnOiEmsz

While the national debate over Kavanaugh's nomination centers on accusations of sexual misconduct, the judge's perceived record on Alaska Native sovereignty placed him at odds with the Alaska Federation of Natives.

"The Alaska Federation of Natives appreciates Senator Murkowski's commitment to the Alaska Native community," the statement read. "She heard our concerns about Judge Kavanaugh's record on the constitutional rights of Native peoples, and voted accordingly this morning on cloture. AFN will continue to advocate against his confirmation and will work to get other senators to join Senator Murkowski prior to tomorrow's final floor vote."

Alaskans in D.C. thanked Senator Murkowski for voting no in the senate vote to move forward with the confirmation vote, which could take place as soon as Saturday morning. pic.twitter.com/wIOiYP2rOe