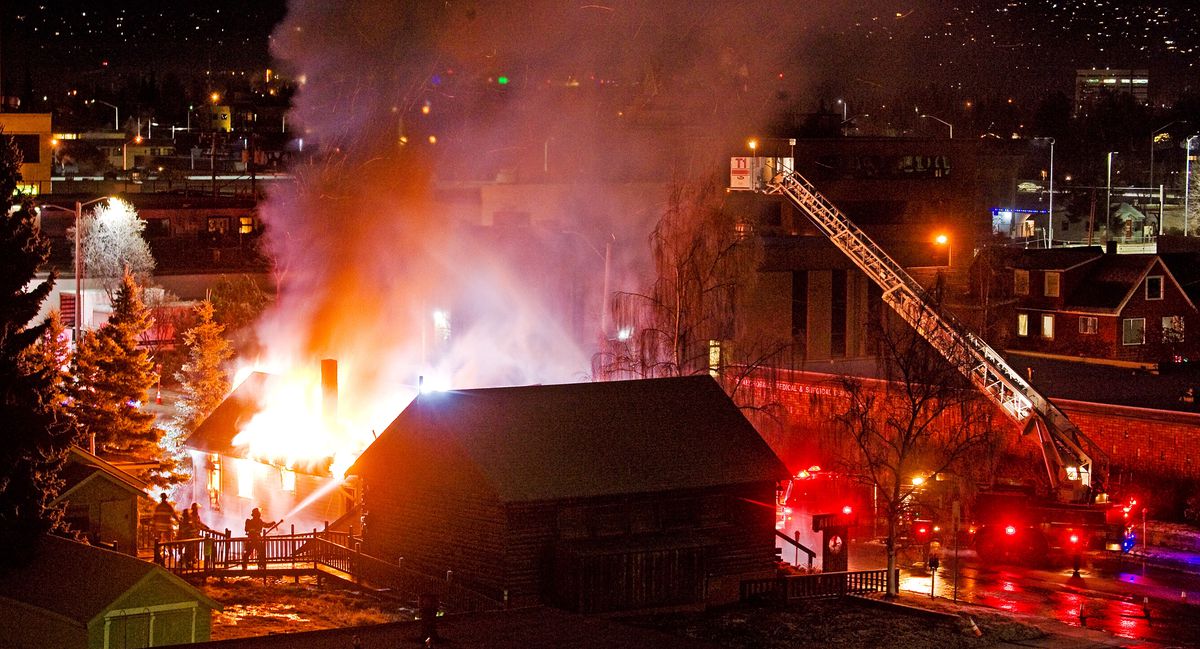 The Anchorage Fire Department stopped a blaze from spreading after it engulfed an apparently abandoned downtown house Friday night.

“It was a ripper,” said Daryl Pederson, a neighbor who watched as fire fighters raced to halt flames from spreading beyond the house, at the corner of 7th Avenue and K Street.

Pederson watched as two ladder trucks swamped the fire with water. It kept burning, issuing clouds of smoke and steam into the cold air, he said.

No one was hurt, said Jodie Hettrick, chief of the Anchorage Fire Department.

About a dozen trucks responded after the department received a call shortly before 6 p.m.

It was clear upon arrival that the house couldn’t be saved, she said. Fire crews decided against a risky interior attack, and focused on containing it. Responders were on scene for about six hours.

“We don’t want to put people in harm’s way if there’s nothing to save,” Hettrick said.

Pederson, the neighbor, said he’s often seen homeless people hanging out in the yard of that house. Sometimes they’ll enter other abandoned houses nearby, even after they’ve been boarded up.