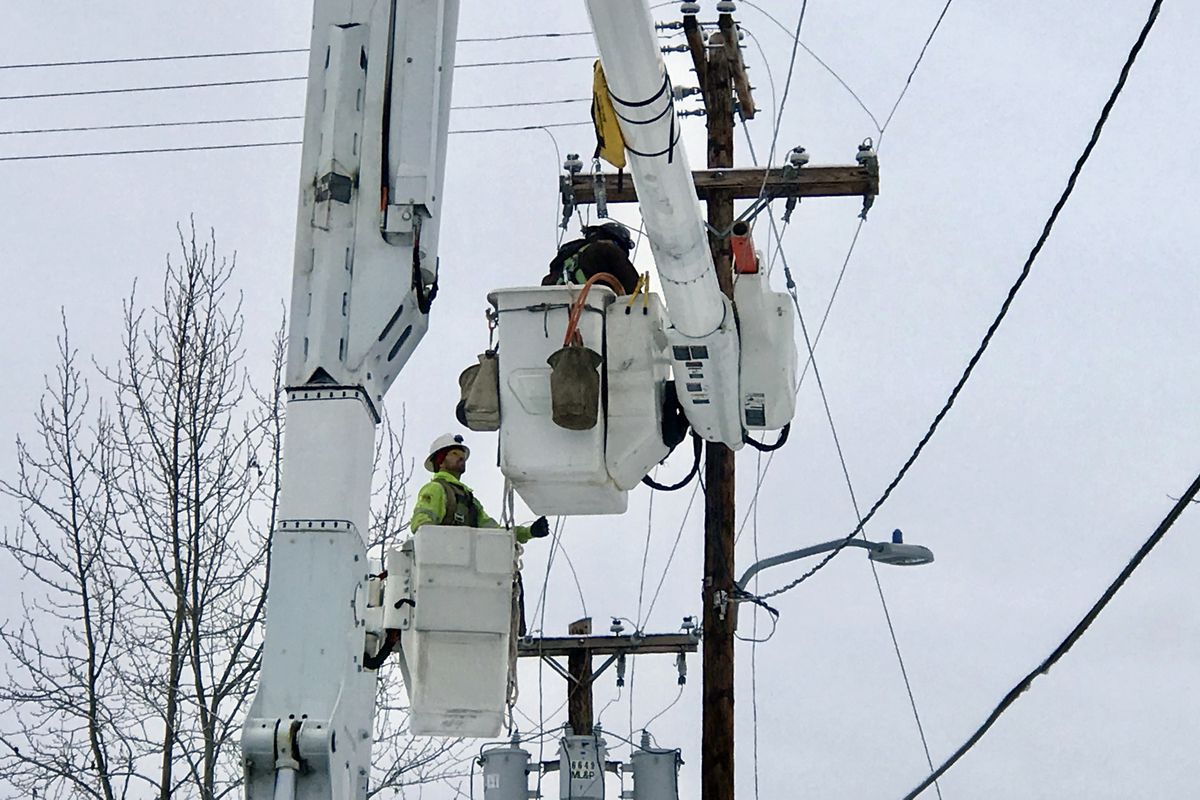 Anchorage utilities planned to work into the night long after Friday morning’s earthquake cut power for some 30,000 customers and led to hundreds of reports of natural gas leaks.

By late Friday afternoon, natural gas company Enstar had received more than 300 reports of gas leaks to investigate across its Southcentral Alaska service area, primarily from homeowners saying they smelled gas, said Lindsay Hobson, a spokeswoman for the utility.

“The leak orders are coming in by the minute,” said Hobson.

“We’ve called everyone in to go out and investigate” each report, with about 40 workers in the field.

The utility is also flying in a dozen more workers from Enstar’s parent company in the Lower 48, to support survey work already underway along some 3,500 miles of gas lines, she said.

One gas-line break had occurred, in the Matanuska-Susistna Borough, but it has been repaired, she said.

More than 300 more residential gas systems also needed re-lighting after homeowners had turned off their gas.

“We are working around the clock right now,” she said.

Chugach Electric Association started the morning with about 21,000 power outages, often caused as large transformers at substations tripped during the quake.

By late afternoon, work crews had reduced the outages to about 200. Some of those occurred at individual residences that reported downed lines after poles or trees toppled, said Julie Hasquet, a spokeswoman for Chugach Electric, which serves much of Anchorage.

Tim Fitzpatrick said he was driving kids to school in the dark when “the whole sky" flashed and the power in his South Anchorage neighborhood blinked out. The outage lasted about three hours.

“The sky lit up and the houses and street lights and everything else instantly went dark,” he said. “The car started shaking so it was pretty clear what was going on.”

That burst of light could have been caused by different issues, such as two power lines jiggling too close during the violent shaking, said Burke Wick, Chugach Electric’s director of system control.

“If two wires get close enough they pull an arc between them that looks like lightning,” Wick said.

In response, a transformer, sensing a safety issue, could have tripped, causing the outage, he said. It’s similar to a breaker system in a house that flips off power for safety reasons, but on a larger scale, he said.

Transformers also contain oil that could have sloshed during the violent shaking, sending erroneous signals that could trip the transformer and cause an automatic power shutdown, Wick said.

Responding crews do safety checks and look for causes before they can re-energize the system, he said. The company had about 40 people in the field, officials said.

Anchorage Municipal Light and Power, also serving Anchorage, reduced customer outages from about 10,000 to about 1,000 by late afternoon, said Julie Harris, a spokeswoman with the utility.

“We anticipate that most customers will have power restored by close of business today, with isolated pockets still out due to damage on the ground," the utility said in a Facebook post. "Please prepare accordingly.”