Alaska Railroad should be back on track by Monday night 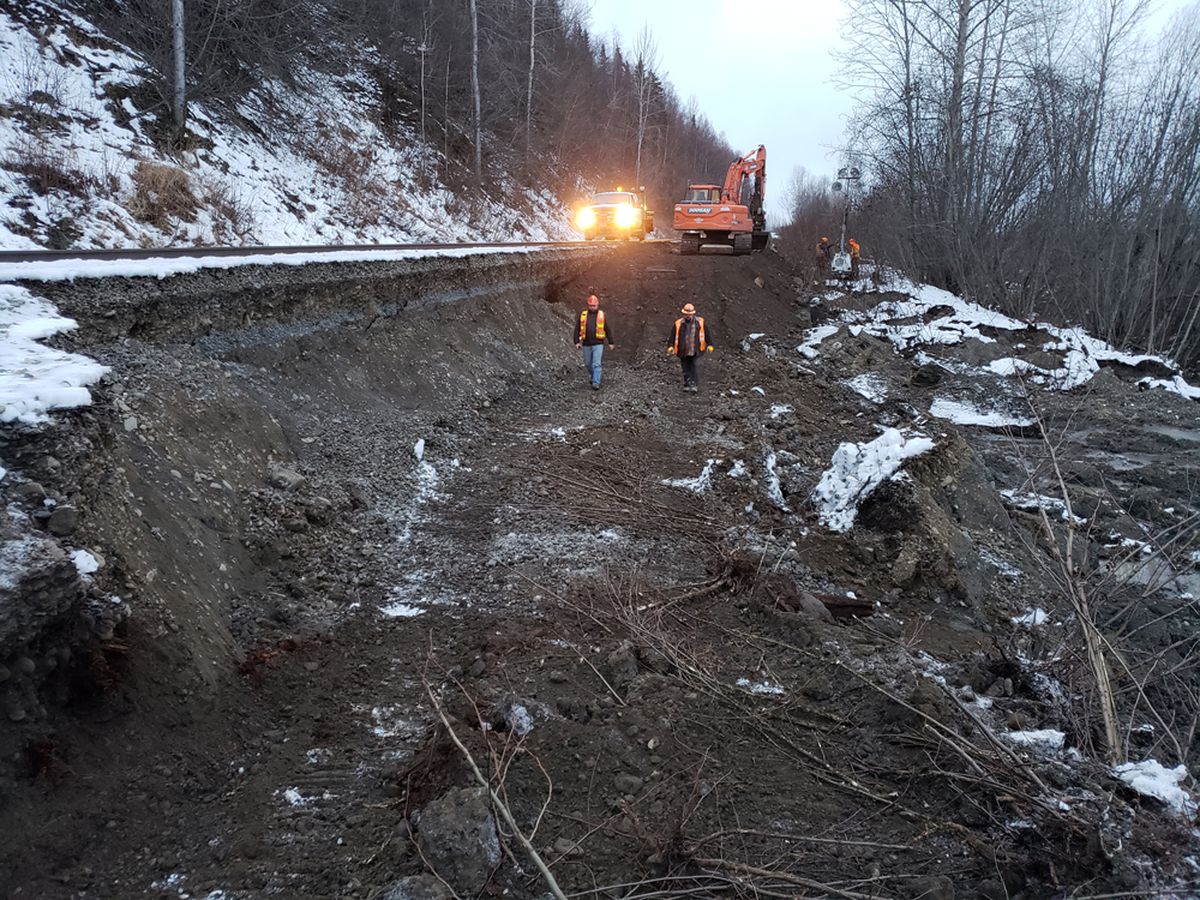 The first Alaska Railroad trains should be back traveling between Anchorage and Fairbanks by Monday night following Friday’s 7.0 magnitude earthquake that damaged the tracks running between Alaska’s largest cities.

Alaska Railroad Corp. spokesman Tim Sullivan said Monday afternoon that service on the railroad’s northern route was expected to resume later Monday “due to the hard work of a hell of a lot of people.”

On Saturday, it was unclear when the tracks would be reopened as the quake had rendered at least three areas “impassable,” Sullivan told the Anchorage Daily News at the time, as inspections were ongoing.

On Monday, he said at least a half-dozen areas of damage were identified, including the three that required immediate repairs to reopen the route.

In addition to areas where the gravel bed subsided, there were other areas where the tracks shifted but can still be used with caution at slower-than-normal speeds, he added.

As is the case with many construction projects in Alaska, there is a lot the railroad can’t do to repair its tracks in the winter, so some of the work will have to wait until spring, according to Sullivan.

The tracks south of Anchorage to Whittier and Seward did not sustain as much damage.

A message on the Alaska Railroad website said the reservations and ticketing department would reopen Tuesday, Dec. 4, at 7 a.m.

The earthquake also caused a pipe to burst in the railroad’s Anchorage Operations Center, which will require significant work to repair, but the railroad’s other facilities in Anchorage sustained only minor damage.

Summer is the busy season for passenger service, but the Alaska Railroad has tried to increase its winter ridership in recent years by offering offseason fare discounts along with holiday, aurora-viewing and other themed trains.

In all, the railroad has passenger service on 482 miles of track from Fairbanks to Whittier and Seward.

The railroad has also been a primary supplier of fuel to the Interior since Flint Hills Resources closed its North Pole refinery in the spring of 2014.