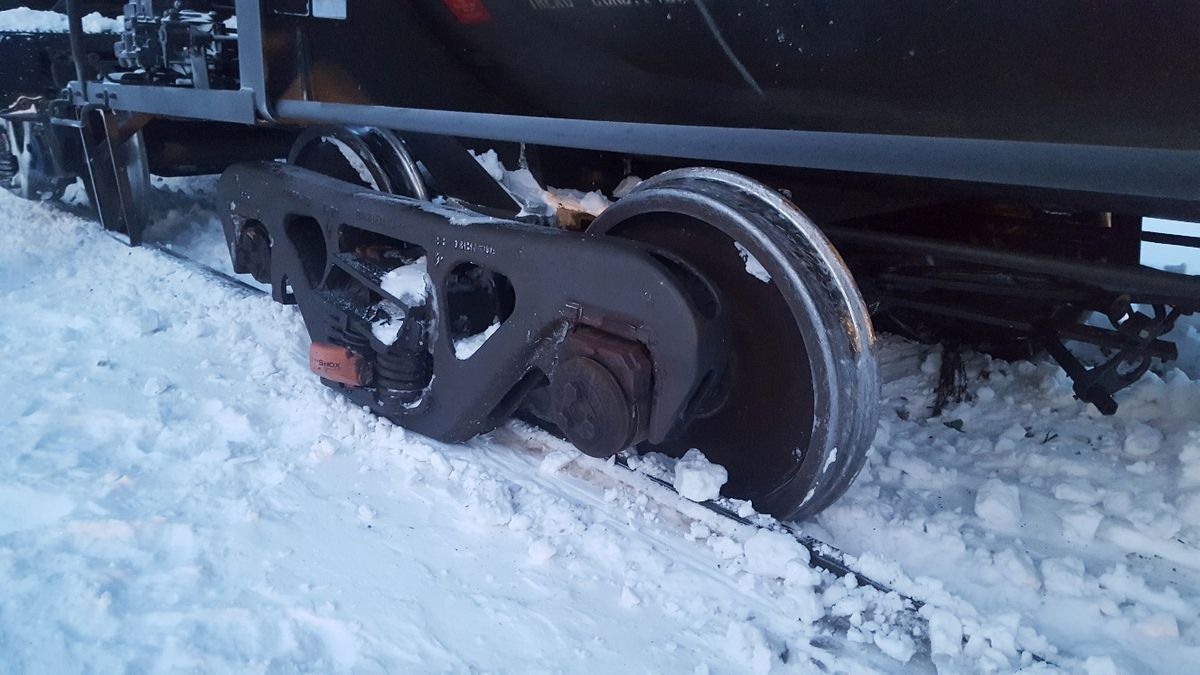 The Alaska Railroad Corp. is investigating after a single railcar carrying jet fuel rolled off the tracks near Cantwell on Tuesday, disrupting freight service for at least two days and possibly passenger service over the weekend.

The railroad has notified state and federal agencies about the accident that occurred about 3:14 a.m., according to a statement released Tuesday afternoon.

The car was hauling about 23,000 gallons of jet fuel. No leaks or injuries have been reported, the railroad said. The car was part of a 76-car train traveling from Anchorage to Fairbanks.

“The derailment has caused significant damages to a number of ties between MP 314 and 316.8 as well as to the ties on a bridge at MP 316.4, over the Cantwell River,” the statement said.

Repairs will take at least 48 hours, the railroad said.

Geoff Merrell, state on-scene coordinator for the Department of Environmental Conservation, said the railcar is near the tracks and upright.

The environmental agency is working with the railroad corporation to determine next steps.

“There was no leak, so that’s good," he said. "But do we put the tank car back on the track, or is it better to pump the contents in the tank car into something else? It’s now about evaluating options to make sure we don’t do something worse.”

Tim Sullivan Jr., a spokesman with the railroad, said the railroad is racing to get equipment to the scene to disconnect the railcar from cars behind it, in an effort to clear the tracks.

This is the railroad’s first “major” derailment in several years, he said.

Minor derailments are somewhat common, such as in rail yards when ice on tracks presents problems for slow-moving trains, he said.

Damage from the Nov. 30 magnitude 7.0 earthquake, or aftershocks, is not considered a cause “at this time,” he said. The earthquake struck near Anchorage about 150 miles south of Cantwell.

“We don’t know at this point (what the cause could be),” he said. “That’s part of the investigation.”

“The freight train consisted of 71 mixed freight cars and five locomotives. About half of the cars were separated from the derailed car and have headed north to complete the trip to Fairbanks,” the statement said.

“About 35 cars are still attached south of the derailed car,” the statement said.

Those cars are still on the tracks and extend across both sides of the damaged bridge, Sullivan said.

The cars will need to be removed before heavy equipment can arrive for repairs, and before repair work can be made to the bridge, the railroad said.

The railroad said it plans to determine impacts to freight service and this weekend’s Aurora Winter Train passenger service in the next 24 hours. The passenger service runs Saturday and Sunday between Anchorage and Fairbanks.