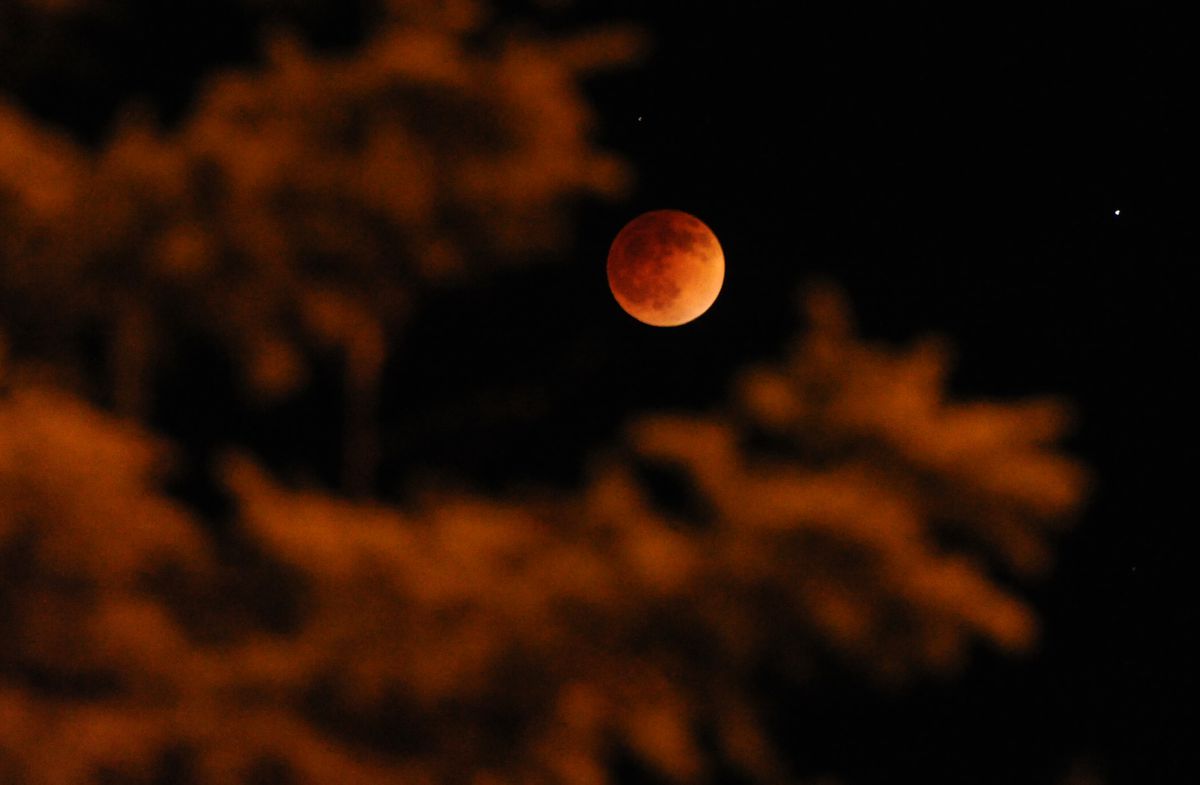 Alaska stargazers might be in for a show Sunday night, depending on where they are.

Starting midway through the evening, the Earth’s shadow will make a full pass across the moon, causing the lunar surface to glow a brilliant red as sunlight is refracted through the Earth’s atmosphere — a phenomenon sometimes called a “blood moon.”

The eclipse, lasting about five hours and 11 minutes in its entirety, will be widely visible across North and South America, Europe and Africa. In Alaska, the total eclipse will start at 7:41 p.m., reach its peak at 8:12 p.m. and then end at 8:43 p.m.

Sunday will also mark a “supermoon,” meaning that the moon will be at its closest point to Earth in its elliptical orbit. The minimized distance might make the moon appear slightly larger and brighter, though scientists at NASA warn the difference is usually indistinguishable.

There’s a chance viewers in Anchorage might not have a great vantage point for the eclipse, though, thanks to Southcentral Alaska’s weather.

A low-pressure system coming in from the Southeast on Sunday is going to bring the stargazer’s worst enemy — clouds. National Weather Service meteorologist Michael Kutz said wisps of clouds are likely to push into Anchorage late Sunday afternoon, just before the eclipse, and thicken through the night.

However, it’s still possible that the clouds may not thicken enough to obscure the show, Kutz said.

Alaskans up north might have better luck, he said. Viewers in Wasilla and Willow have greater odds of getting a decent glimpse, and north of Talkeetna, skies are expected to be clear. The farther north you go, the better chance you’ll have at seeing the eclipse, Kutz said.

Viewers Southeast of Anchorage, in Valdez and Whittier, might have to travel if they want a clear night sky. Dense cloud cover is expected in that region Sunday night, Kutz said.

Anchorage residents who miss the event may have to wait a few more years to see another one. While total lunar eclipses are relatively common, happening several times each decade and sometimes more than once in a single year, the next one fully visible throughout Alaska won’t come until Nov. 8, 2022.