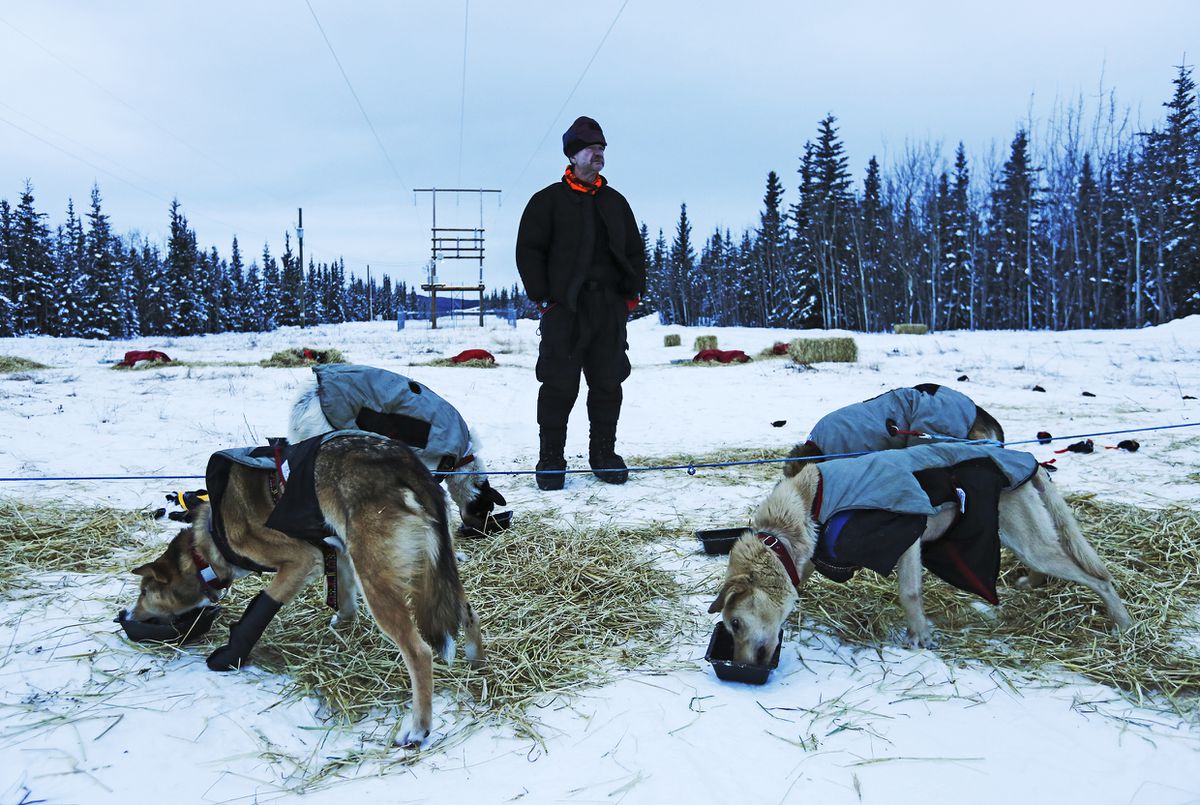 Musher Allen Moore stops to think before leaving Braeburn checkpoint in the 2018 Yukon Quest. Moore won the race for a record-settiingthird time in 2018. (Photo by Robin Wood/Fairbanks Daily News-Miner)

Musher Allen Moore stops to think before leaving Braeburn checkpoint in the 2018 Yukon Quest. Moore won the race for a record-settiingthird time in 2018. (Photo by Robin Wood/Fairbanks Daily News-Miner)

Mushers will have to truck dogs over one leg of the 1,000 mile Yukon Quest sled dog race this year because of poor trail conditions, race officials said Monday.

The decision follows reports of an especially thin snowpack around the Yukon checkpoint of Carmacks, said Doug Harris, the race marshal.

From the Braeburn checkpoint, mushers will load dogs in trucks and drive the Klondike Highway to Carmacks, he said. After reaching Carmacks, mushers will have 12 hours to restart.

Several days ago, race organizers cut out 100 miles from the Yukon Quest 300 because of the poor trail conditions near Carmacks.

The last time the Yukon Quest involved trucking was in the early 2000s, Harris said. He said race officials were concerned about safety.

“If you put the options of crashing and burning and breaking sleds and hurting dogs, or putting dogs in a dog truck...I think it’s not much option on that,” Harris said.

In another change, mushers will be able to start the 1,000 mile race with as few as eight dogs. At the Carmacks restart, mushers can add remaining dogs to their team to reach a full 14-dog team. Harris said officials wanted to give mushers more control with a smaller team through bad sections of trail.