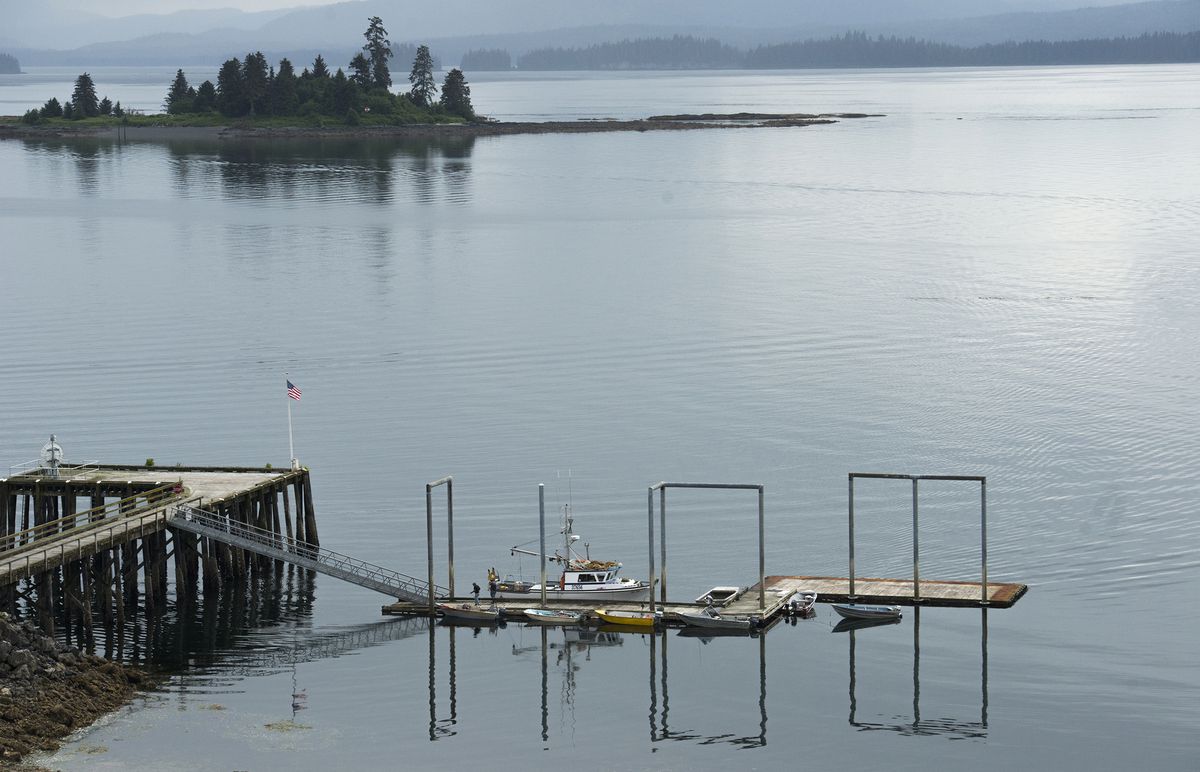 Debris from an airplane wing was spotted Wednesday afternoon near the last known area of an overdue medical flight carrying three people in Southeast Alaska.

The Beechcraft King Air 200 turboprop, operated by Guardian Flight, took off from Anchorage on Tuesday for a flight of about 600 miles to the village of Kake but never arrived.

“We continue to ask for prayers and support as we focus on these crew members and their families during this very difficult time,” Randy Lyman, Guardian’s senior vice-president of operations, said in a statement.

The debris was located in the water approximately 22 miles west of Kake, near the south tip of Admiralty Island in the Chatham Strait, according to the Coast Guard. The agency said it couldn’t immediately confirm the debris was from the overdue aircraft.

“It appears to be part of an airplane’s wing,” said Coast Guard spokeswoman Chief Petty Officer Charly Hengen. A floatplane from a Wrangell search-and-rescue group found the debris, Hengen said. A Coast Guard cutter retrieved it from the water.

Search efforts continuing into the night focused on that area, she said.

Since it went missing Tuesday night, the search for the plane has focused on the aircraft’s last known position about 20 miles west of Kake.

The plane was picking up a patient in Kake, a Guardian spokesman said. It was due to arrive between 6 p.m. and 6:20 p.m. Tuesday, authorities said.

The electronic locating transmitter on the aircraft was not broadcasting, according to the Coast Guard.

Kake is a Tlingit village of just under 600 people on Kupreanof Island about 50 miles east of Sitka. The village is accessible only by small plane or Alaska Marine Highway ferry. It’s served by a small clinic operated by Southeast Alaska Regional Health Consortium.

The Petersburg-based Coast Guard Cutter Anacapa was sent to search near the aircraft’s last known position Tuesday. An Alaska Army National Guard helicopter from Juneau was joining the search Wednesday along with Alaska Marine Highway ferries in the area and Kake search-and-rescue responders. An additional Coast Guard cutter, search-and-rescue groups from Petersburg and Wrangell, and Alaska State Troopers were also searching or en route, a Coast Guard spokeswoman said.

The search was over water, though there are numerous small islands in the area, Hengen said Wednesday morning. A half-dozen Good Samaritan boats helped with the search Tuesday night.

The Coast Guard extended a “huge thank you” to all the search help that saturated the area after the plane disappeared , Hengen said late Wednesday afternoon.

Boats leaving Kake from the end of the road out of the village reported “pretty rough” conditions on the water overnight into Wednesday, according to city bookkeeper Charley Johnson.

Guardian’s statements posted on Facebook late Tuesday night and Wednesday garnered more than 1,000 comments -- prayers but also gratitude for family members whose lives were saved by Guardian crews on similar medevac calls to remote places over the years.

“Numerous times they come here to risk their lives to save other people’s lives,” Johnson said of the immediate local turnout to help find the aircraft. “We’re pretty grateful to them for that.”

Weather in the area Wednesday was reported rain-snow mix and 39 degrees with overcast skies and light winds, according to the Coast Guard. The water was 42 degrees with 1- to 3-foot swells.

Preliminary information indicates the plane departed Anchorage around 4 p.m. under instrument flight conditions, Johnson said. Because Kake has no air-traffic control tower, the pilot communicated with the Anchorage center.

Controllers cleared the Guardian flight for approach at Kake, he said. “They never arrived.”