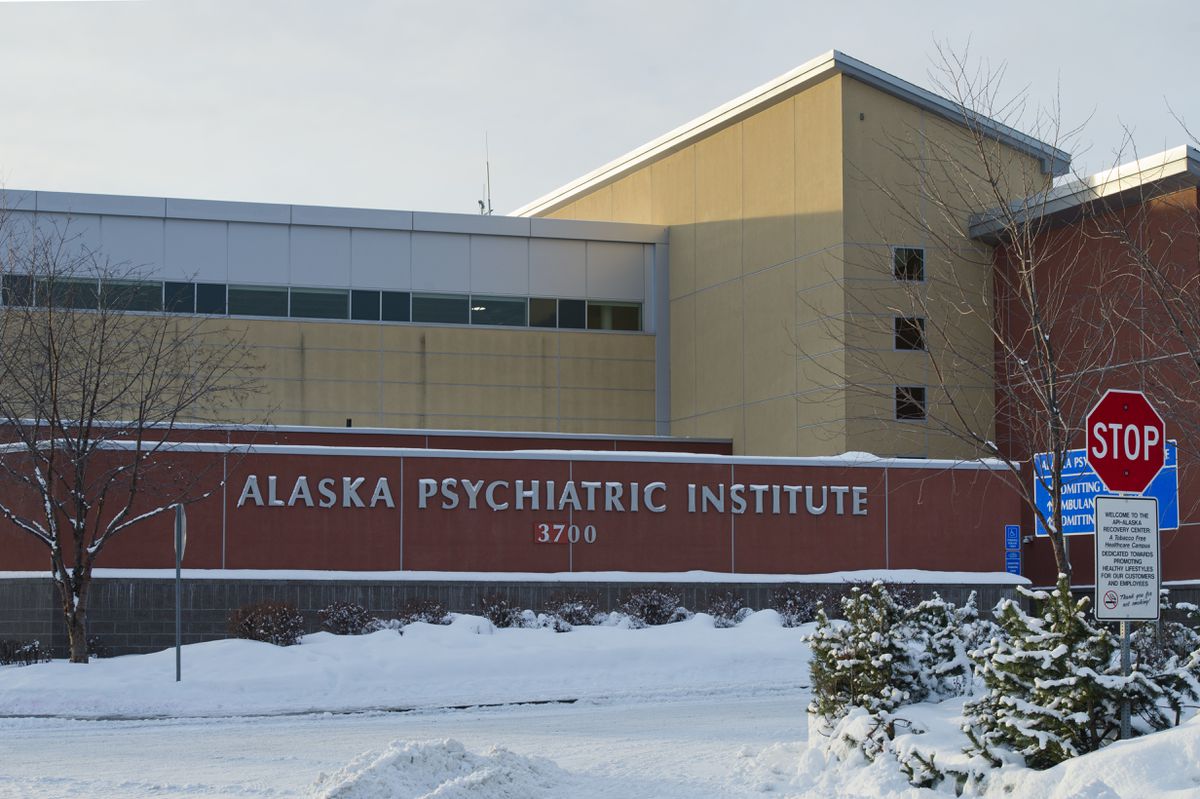 Alaska health care giant Providence Health and Services made overtures to the state about taking over management of the troubled Alaska Psychiatric Institute before a lucrative no-bid contract was awarded to Wellpath, a Tennessee-based company that sprouted from the private prison industry, a letter between hospital executives and lawmakers shows.

In early February, Wellpath was awarded a roughly $43 million-per-year contract to operate API, the state’s only psychiatric hospital. State officials declared an emergency and circumvented the usual government procurement rules, saying the hospital was unsafe and about to lose federal funding.

Ever since, questions about how the deal came together have dogged state health officials. Some lawmakers, like Rep. Ivy Spohnholz, an Anchorage Democrat, have asked why in-state providers like Providence were not considered.

“Given that Providence has been operating in Alaska since 1902 and has a proven track record providing in-patient psychiatric care just around the corner from API, Providence seems like a natural partner,” Spohnholz said in an email.

In late February, Spohnholz and Rep. Tiffany Zulkosky, a Bethel Democrat, wrote to Providence Health and Services Alaska executive Preston Simmons asking whether the hospital network had ever been approached about managing API. The women are co-chairs of the House Health and Social Services Committee.

“The Department of Health and Social Services has embarked on privatizing API using an out-of-state, for profit corporate entity, Wellpath,” the lawmakers wrote. “We are curious as to Providence’s history regarding API.”

Providence St. Joseph is a nonprofit Catholic health care network that runs 50 hospitals and hundreds of other programs across seven Western states.

In Alaska, it runs a major hospital in Anchorage, plus others in Seward, Valdez and Kodiak. Providence is Alaska’s largest private employer, with more than 5,000 workers statewide. The nonprofit says it is also already the state’s biggest provider of behavioral health services.

In a letter dated March 6, Simmons wrote back.

He said that Providence had been in conversation about a “potential partnership and/or agreement” with the state about API for “many years.”

Simmons detailed several meetings in which he said Providence had expressed interest in running API.

In 2016, a former top Providence executive met with then-DHSS Commissioner Valerie Davidson as the state was studying the feasibility of privatizing API to express interest. The feasibility study concluded privatization was a bad idea and the idea wasn’t pursued.

But amid a series of management changes, conditions began to deteriorate at the hospital. In September 2018, Simmons met with Davidson “and expressed Providence’s interest in partnering on the long-term operations of API,” he wrote.

By then API was teetering on the brink of breakdown: Inspections had turned up major problems, including assaults on staff, the rape of a patient, an incident in which an adolescent patient had a bone broken while being restrained by staff, and several instances in which people were punished by being strapped to gurneys and locked alone in rooms. Police were being called to the hospital almost daily to mediate the chaos, according to logs from the Anchorage Police Department.

That fall, hospitals like Providence’s own psychiatric emergency room found themselves housing psychotic patients for days and even weeks as API began to shut down beds to lower its patient census, Simmons noted.

By the next time the state and Providence talked, the trouble had become a full-fledged crisis. Before the end of January 2019, a new administration brought in by Gov. Mike Dunleavy had found that the hospital was on the brink of losing federal certification and tens of millions of dollars in funding, threatening its very existence.

Things came to a head at the end of January, when federal inspectors found another “immediate jeopardy” situation.

The state did reach out to Providence then: According to the letter from Simmons, he missed a call from DHSS deputy commissioner Albert Wall on Jan. 31. When they spoke the next day, Wall was casting about for help.

“The deputy commissioner was calling hospital and facility CEOs about the critical concerns regarding safety at API” and the threat of decertification, he wrote.

Simmons said he offered to help “in any way possible” and put Wall in touch with a doctor who headed the Providence St. Joseph Health Well Being Trust, the organization’s behavioral health arm.

“The deputy commissioner stressed the urgent need for immediate stabilization” but indicated the two might work on a long-term plan, he wrote.

Wall later testified to lawmakers that it was around this time that the department decided to bring in Wellpath “immediately.”

It’s not clear why exactly the state decided to go with Wellpath, though their reputation for coming in quickly — very quickly — could have helped. Wellpath sent a team to Alaska within 72 hours of getting the initial contract, according to the company.

DHSS officials did not respond to questions by publication time.

Wellpath said in a statement through vice president Jeremy Barr that it was chosen because of its deep experience in pulling hospitals in crisis out of regulatory jeopardy.

"We believe this experience, paired with our ability to mobilize quickly, uniquely qualifies us to address the challenges at API,” Barr wrote.

On Feb. 8, the state announced a two-phase deal with Wellpath but revealed few details about the contract. On Feb. 13 the state released contract documents that showed Wellpath had been hired at a rate of $1 million per month to fix immediate regulatory problems and get more beds up and running, with the expectation of 80 spots for patients by July 1. That date has been moved to Sept. 1, Wellpath said Wednesday. It’s not clear why.

The state had briefly considered one other Seattle-based organization but not Providence, according to the documents.

Hospital executives met once more with the state on Feb. 14, saying they understood why the state needed a short-term contractor but wanted to be considered “for the ongoing management of the facility when that opportunity became available.” Providence declined to make executives available to answer questions about the company’s overtures to the state about taking on API, saying the letter spoke for itself.

It’s not clear whether Providence will have that chance: Wellpath is still scheduled to take over operations of API fully on Sept. 1, though the date has been delayed by two months.