These are some of the victims in deadly Alaska midair collision 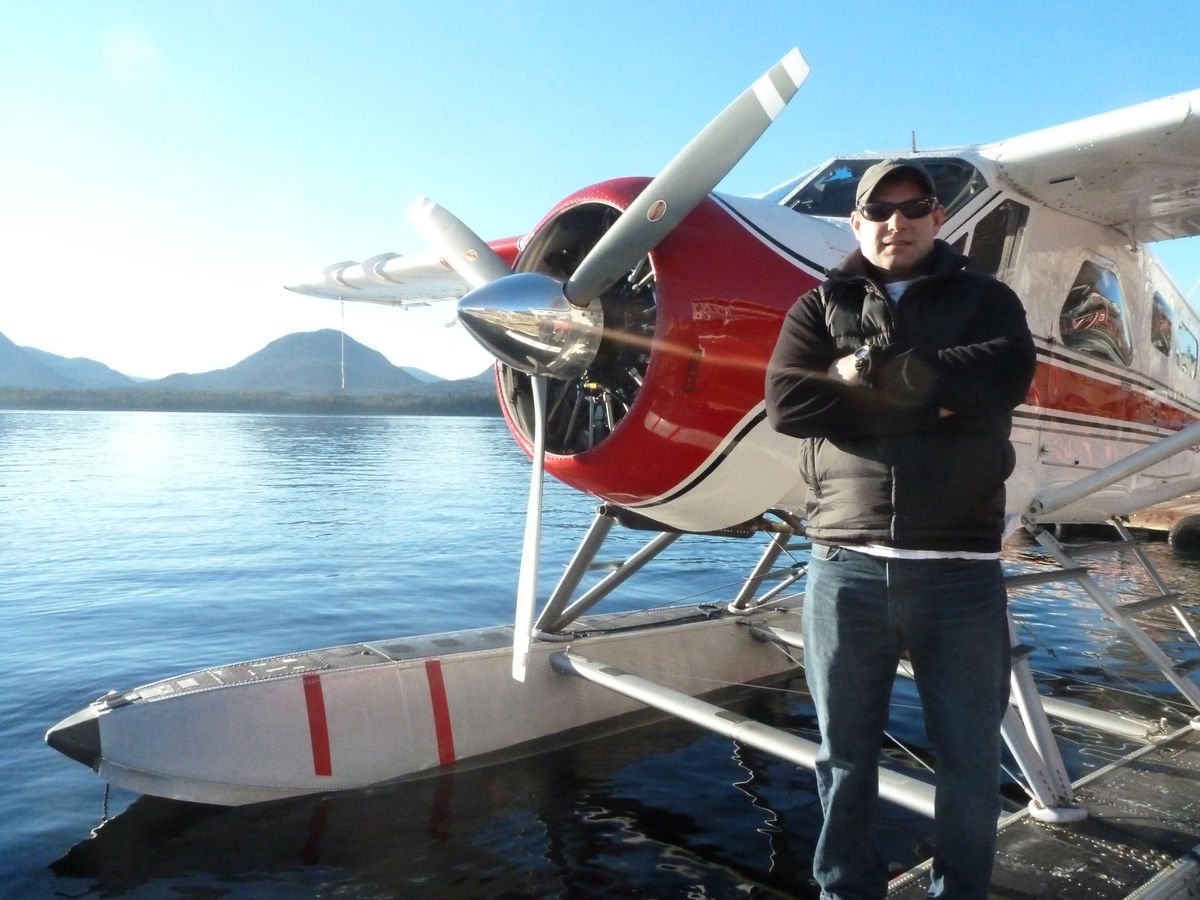 In this 2014 photo, Randy Sullivan poses for a photo in Ketchikan, Alaska. Sullivan was the pilot of one of the two sightseeing planes that crashed in midair Monday, May 13, 2019, the National Transportation Safety Board announced after a team arrived from Washington, D.C., to investigate the crash. Alaska State Troopers in a statement late Tuesday said Sullivan was killed in the crash. (James Glionna/Los Angeles Times via AP)

In this 2014 photo, Randy Sullivan poses for a photo in Ketchikan, Alaska. Sullivan was the pilot of one of the two sightseeing planes that crashed in midair Monday, May 13, 2019, the National Transportation Safety Board announced after a team arrived from Washington, D.C., to investigate the crash. Alaska State Troopers in a statement late Tuesday said Sullivan was killed in the crash. (James Glionna/Los Angeles Times via AP)

A newly married couple, a pilot who used his family's savings to buy his own plane, a devoted family man from Australia and an office manager at an insurance company with a vivacious personality and a heart of gold were among the six victims in this week's deadly midair collision of two sightseeing planes in Alaska.

Ten others survived the Monday crash over an inlet in Southeast Alaska near the cruise ship port community of Ketchikan. All 14 passengers were off the cruise ship Royal Princess, which is on a seven-day trip in Alaska.

The larger of the floatplanes was recovered and put on a barge for transport to Ketchikan, National Transportation Safety Board member Jennifer Homendy said Wednesday. The recovery of the smaller plane has begun and will take longer because of the large debris field from that aircraft, Homendy said.

Retired fisherman Chuck Hanas told NBC’s “Today Show” that that he was on his skiff when he saw the larger plane hit the water so hard that its floats were ripped off. It turned upside down and sank and he motored toward the site to rescue the people who emerged.

“I saw people bobbing all over the place. ...I was in the right place at the right time,” Hanas said.

Here’s a closer look at the people who did not survive::

Simon Bodie, 56, was a businessman from Tempe, New South Wales, Australia, and described in Australian media as a "devoted family man."

Bodie, a father of two, is believed to have taken the fateful flight with his wife of 31 years, Stephanie, The Australian newspaper reported.

"Simon was a unique beautiful person and a devoted family man. He will be greatly missed by all that knew him," his family said in a statement issued through the Department of Foreign Affairs and Trade.

Randy Sullivan knew the perils of flying in southeast Alaska, where weather is always a challenge.

"The danger," Sullivan told the Los Angeles Times in a profile in 2015, "it's on people's minds. Always."

She kissed him before each flight as a gesture of good luck and love.

The Sullivans owned and operated Mountain Air Service, a flight service specializing in Misty Fjords National Monument tours, bear viewing and glacier tours, according to the company website. It says Sullivan grew up in Ketchikan, spending time as a child in remote logging camps.

He received aviation training at Spartan College of Aeronautics and Technology in Tulsa, Oklahoma, before returning to Ketchikan. He flew in the Ketchikan area for 14 years, according to the website.

"After countless hours of flying, he has become extremely well respected and known to be 'one of the best' in his field," the page states.

He spent his family's $500,000 savings on a 1952 Beaver airplane, he told the Los Angles newspaper. It wasn't clear if that aircraft was the doomed plane.

Julie Sullivan has been given legal advice not to speak to reporters, said her father, Bud Kenyon.

"We're shocked, you know. We're just in disbelief about all this. It's hard to understand this. It's tough for us, you know," he said, his voice breaking. "It's a roller coaster."

Ryan and Elsa Wilk planned to move from British Columbia to their new home in a Salt Lake City suburb.

They were killed in Monday's crash.

Ryan Wilk, 39, was a cybersecurity expert who had been featured in a number of articles, including in the New York Times.

He was a vice president for the Canadian firm NuData Security, a division of MasterCard.

"I can tell you my brother was an amazing man, son, husband, brother and uncle. We are completely devastated," his sister, Shannon Wilk, told Salt Lake City television station KSL.

"Ryan was a very kind man with a fun personality. I loved how much we laughed together," Daniela Veliz Llaguno, Wilk's first wife, told The Associated Press.

His free time was spent camping, watching college football and listening to the Grateful Dead, she added.

Friends remembered Elsa Wilk, 37, as a kind, dedicated friend looking forward to the next stage of her life.

Mark Pashley, who knew Elsa through their taekwondo practice, said Wilk was a fierce competitor in the studio and a social butterfly who loved to joke with friends in her free time.

Wilk had worked as a marketing director for different tech companies in Vancouver and held a black belt in taekwondo. She traveled around the world to compete in the sport.

Pashley said the couple hoped to start a family together in Salt Lake City.

"Everyone knew them as a wonderful couple, they were totally in love," he added.

Shannon Wilk told KSL that another victim, Louis Botha of San Diego, was Elsa Wilk's brother. Attempts by The Associated Press to reach the Botha family were not immediately successful.

Cassandra Webb, 62, liked to be called Cassie and was looking forward to retirement, getting a little travel time in ahead of that by taking trips with friends who have already ended their careers.

The Alaska trip was one she was really looking forward to, said Kevin Epperson, her boss and a co-worker in St. Louis for 30 years.

Webb and her friends spent three days in Vancouver, British Columbia, and then planned to be on the Royal Princess cruise in Alaska for seven days before ending the trip with a seven-day rail trip across Canada.

"Cassie was just an absolutely amazing person," Epperson said. "I mean, she was, you know, just a hoot to be around, she was a lot of fun. She always had a positive outlook on everything, had a heart of gold."

Epperson said he was in shock when he got the news. "The last thing you expect when somebody goes on a vacation, that they're going to perish," he said.

He will feel her absence every day at his insurance firm where she was the office manager.

"It's a loss that she's not going to be sitting across from me anymore. I'm not going to get to see her and talk to her every day," he said. "She was like a second mom to me."

Among her survivors are two sons, Dustin and Caleb.

Smith reported from Salt Lake City. Associated Press journalists Mark Thiessen in Anchorage and Michelle A. Monroe in Phoenix contributed to this report.