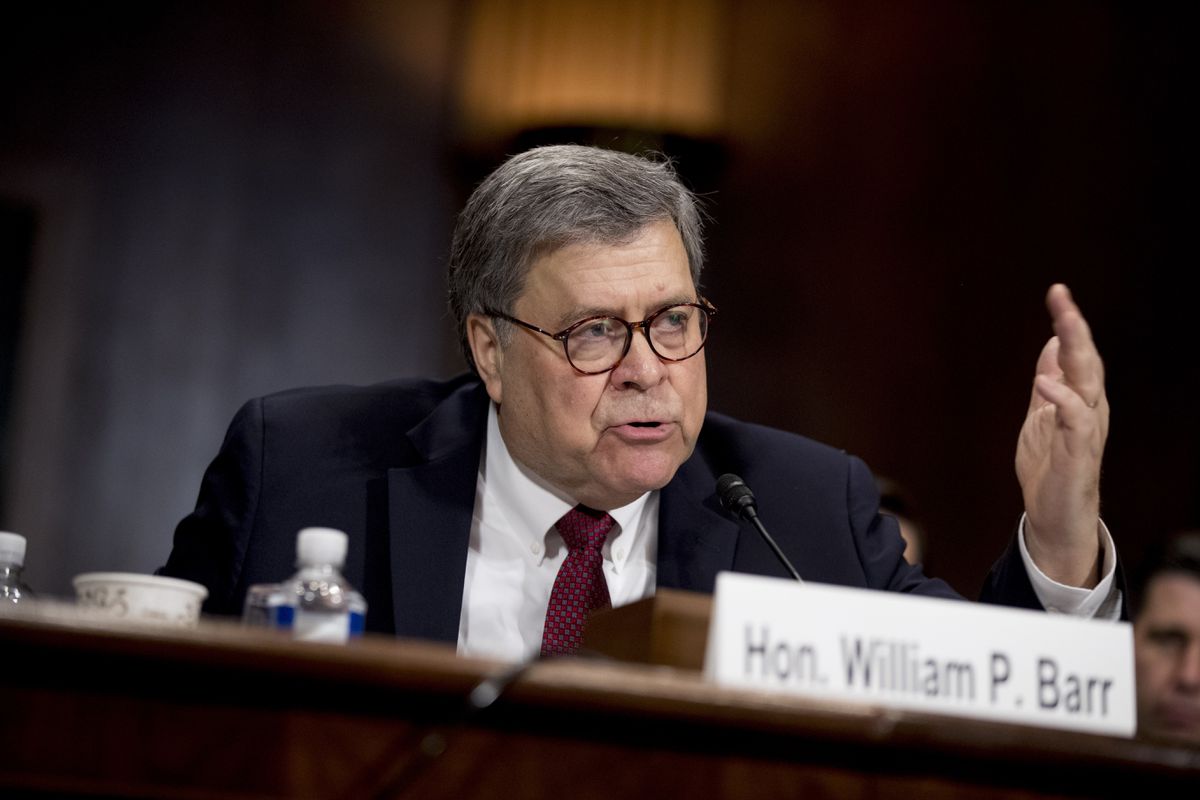 U.S. Attorney General William Barr will participate in an Alaska Native Justice roundtable in Anchorage on Wednesday as part of an Alaska trip to learn more about the state’s law-enforcement challenges and high rates of domestic violence and sexual assault

The roundtable, with Alaska Native leaders from around the state, will be open to news media and will be one of several meetings on Wednesday addressing public safety in the state, said U.S. Sen. Dan Sullivan, R-Alaska.

Barr is expected to travel outside Anchorage on Thursday to learn more about Alaska justice issues as his trip in the state continues, Sullivan’s office said. Details of that trip hadn’t been disclosed Tuesday.

The roundtable will be held at the Alaska Native Tribal Health Consortium, the Department of Justice said. Native leaders from every region of the state, representing Native corporations, tribes and villages, will attend, Sullivan’s office said.

In April, Barr said he planned to come to Alaska to meet with members of the Alaska Native community about public-safety issues in rural Alaska.

“I think Alaska Native women face unacceptably high rates of violence in very remote areas and I’ve actually scheduled a trip up to Alaska specifically to visit some of these communities,” Barr told a Senate committee.

Last month, both Sullivan and Murkowski had pressed Barr on visiting Alaska to learn about its public safety challenges, including high levels of violence against Alaska Native women.

A recent investigation by the Anchorage Daily News and ProPublica found that one in three Alaska communities lack local police.

Alaska is the first state Barr is visiting for official business since he became the nation’s attorney general, Sullivan said.

Barr’s visit to Anchorage on Wednesday will include multiple meetings, including with law enforcement officials and victim’s groups, Sullivan said.

Sullivan said he wants Barr to leave with a better understanding of the state’s unique challenges in providing public safety.

Sullivan said he also wants to hear ideas from Barr and his staff on how to improve public safety and law enforcement services in the state.

Barr will be bringing a large staff with him, Sullivan said.

Murkowski’s office could not be reached for comment on Tuesday. Details of Barr’s travel outside Anchorage weren’t immediately available.

“Having the central person running these agencies on the ground getting invested and understanding our issues is really important,” Sullivan said.

Related: Lawless: One in three Alaska villages have no local police