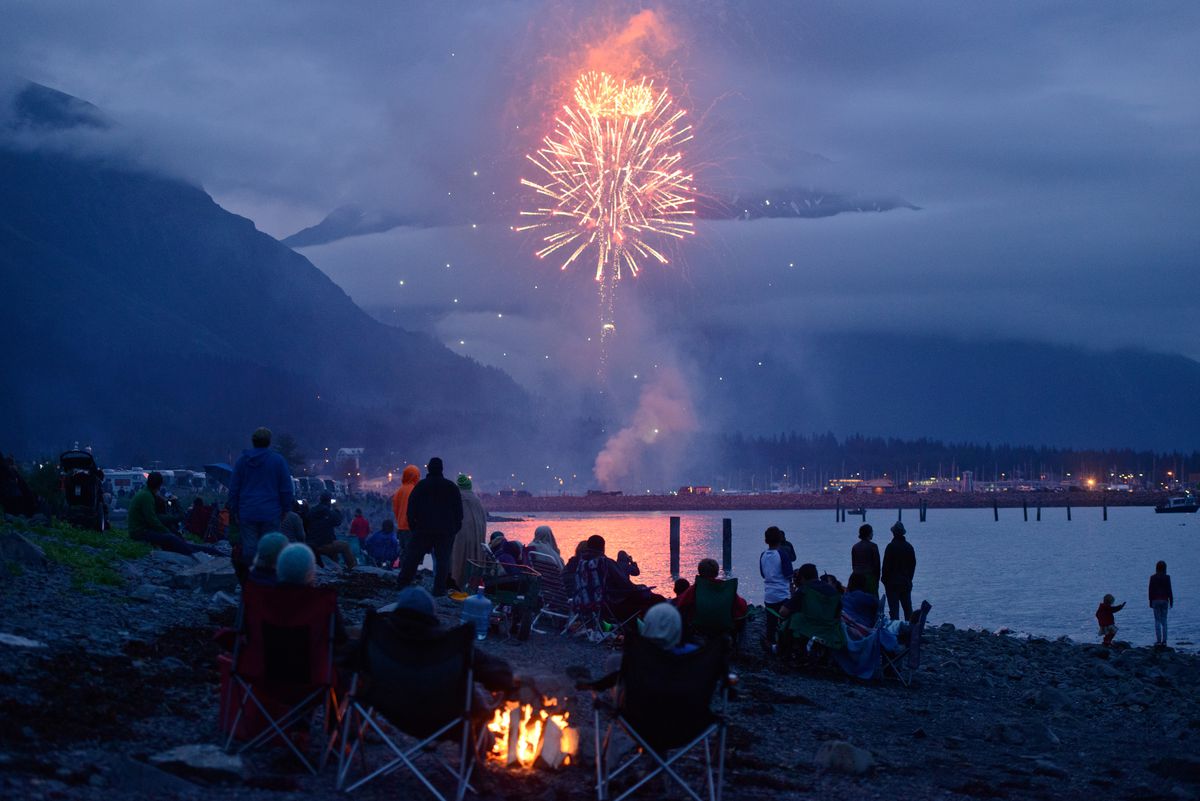 Fireworks burst over the boat harbor in Seward at midnight on July 4, 2015. Hundreds of campers and visitors gathered to watch on the shoreline. (Marc Lester / ADN)

Fireworks burst over the boat harbor in Seward at midnight on July 4, 2015. Hundreds of campers and visitors gathered to watch on the shoreline. (Marc Lester / ADN)

Alaskans are temporarily barred from buying and using fireworks as multiple fires across the state limit firefighting resources and hot, dry weather aggravates the likelihood of wildfires.

The Department of Public Safety on Thursday suspended the use and sale of all fireworks across most of the state, citing “high to very high fire danger.” The regions affected include:

• Northern Panhandle, including Haines in the north, Skagway, and Juneau to the south

[Hot, dry weather in Southcentral Alaska is expected to worsen wildfires and smoke]

Anchorage is not included in the list because fireworks are already illegal to buy, use or possess in the municipality.

If the suspension lasts until Independence Day, it will also halt official fireworks shows in those regions that already have permits secured, said Ken Marsh, a spokesman for the Alaska Department of Public Safety.

“The suspension will end when the fire danger is reduced and firefighting resources have recouped,” Marsh said in an email.

Fire Chief Jodie Hettrick of the Anchorage Fire Department said July 4 fireworks shows in Anchorage and Eagle River will be canceled if fire danger remains high. That decision will be made sometime next week, Hettrick said.

Forecasters have predicted dry weather through the weekend with temperatures as high as the 90s in parts of the state. On Thursday, temperatures reached a record high of 79 degrees at the Ted Stevens Anchorage International Airport, the highest for June 27 since 1997, according to the National Weather Service.

Across Alaska, 130 active fires are burning a cumulative 273,521 acres, according to the Alaska Interagency Coordination Center.

[Smoky conditions expected to continue through the weekend in Southcentral Alaska]

Houston, the only place in Southcentral Alaska where fireworks are legally sold, has also placed a temporary limitation on the kinds of fireworks its retailers can sell. That suspension only affects certain aerial fireworks, though, and the statewide ban will supersede it, Marsh said.