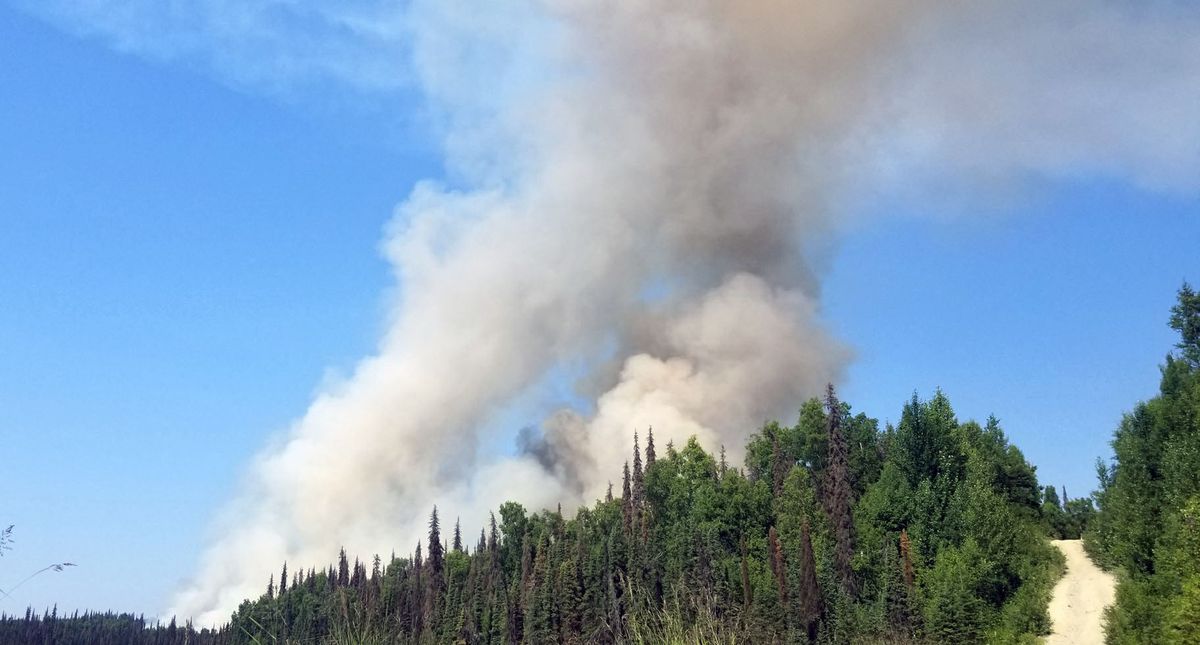 Officials have rolled back mandatory evacuations for most people in the vicinity of the Malaspina Fire, which sparked in a densely forested subdivision of cabins off the Talkeetna Spur Road on Sunday afternoon and burned one structure -- within a mile of another wildfire, the Montana Creek Fire.

The Malaspina wildfire started at the address of a 400-square foot cabin on South Malaspina Loop Road at 3:30 p.m., quickly igniting in stands of black spruce and sending a billowing smoke cloud high into the air.

By 5 p.m., several streets near the fire were under mandatory evacuation orders.

Firefighters working the still-burning Montana Creek Fire were pulled to work on the upstart blaze.

The fire has destroyed one structure, including an outbuilding, according to the Alaska Division of Forestry. Only two individual properties adjacent to the fire’s start on South Malaspina Loop Road remained under a mandatory evacuation order Monday.

A Level 2 evacuation warning is in place for residents of “Alatna Road south to Makuskin Road, and residents of Southfork Road west, including all of South Malaspina Loop Road,” according to the Division of Forestry. “Residents of these areas are advised to be ready to evacuate if conditions change.”

The Montana Creek Fire, burning nearby, is 367 acres and 30 percent contained as of Monday.

The neighborhoods threatened by the pair of fires are network of gravel roads and heavily wooded lots, off the main Talkeetna Spur Road that runs to the mountaineering- and tourism-fueled village of Talkeetna.

Weekend homes and rural cabins that are not always in use make it difficult for first responders to distinguish who has evacuated from those simply not home. Property owners describe acres of dead trees, killed by spruce beetles, that have left the forests full of kindling. The weather in the Talkeetna area, as across much of Alaska, has been blazing hot and tinder dry in recent weeks.

People evacuated from the Malaspina fire Sunday evening were told to go to the Sunshine Senior Center. All had been escorted back home by late Sunday evening, said Stefan Hinman with the Mat-Su Borough.

He didn’t know how many people in total sought shelter at the senior center, or how many individual residences were evacuated Sunday.

The causes of both the Malaspina and Montana Creek wildfires are under investigation. There have been no lightning strikes in the Talkeetna area for at least a week, according to the National Weather Service.