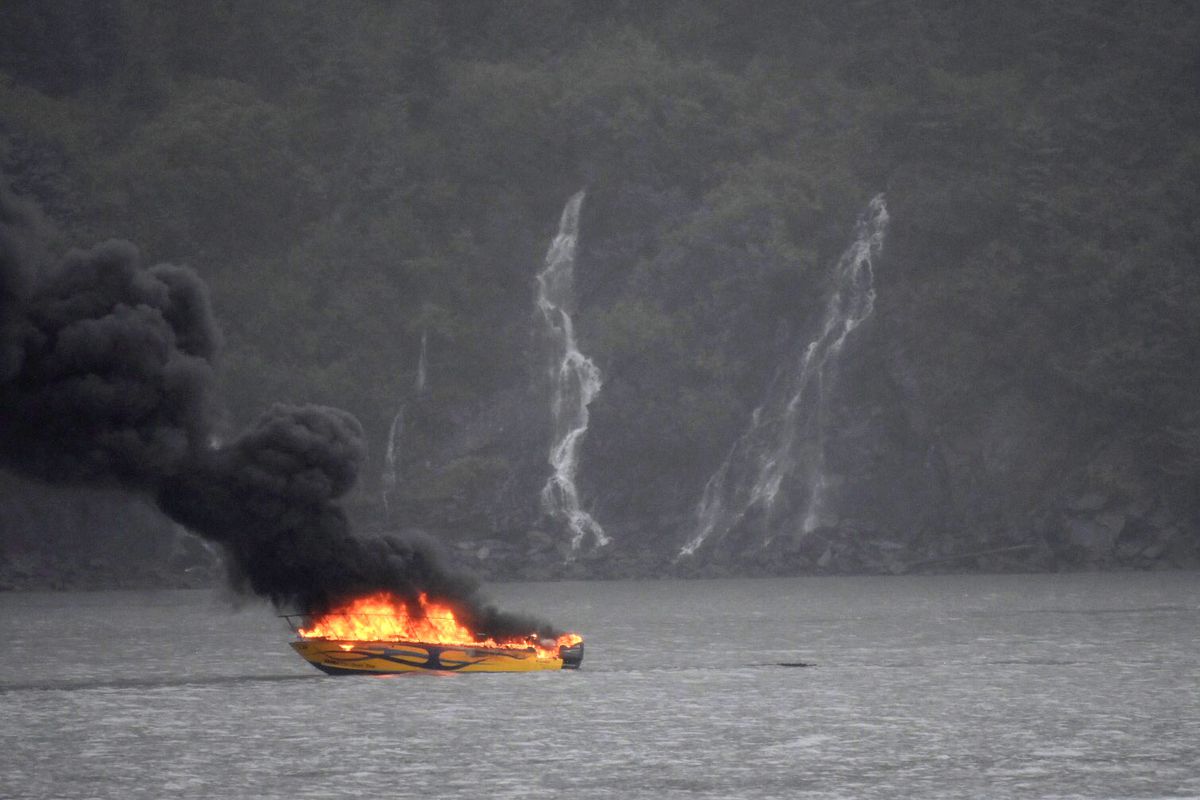 A small charter boat caught fire Friday morning in Passage Canal near Whittier, and the operator was pulled from the water by responders, according to Coast Guard and witness reports.

The Coast Guard received a report that a vessel was on fire near the head of the bay off Prince William Sound and “numerous good Samaritan vessels” responded to a mayday broadcast, said Petty Officer 3rd Class Amanda Norcross, a spokeswoman for the Coast Guard.

Whittier harbor master Harry Fulmer said the boat was fully engulfed in black smoke around 10:30 a.m. and that two harbor employees pulled the operator from the water. He had been the only person aboard the burning boat.

The crew of a faster boat took him to shore, and he was transported to a hospital in Anchorage, Fulmer said.

His condition was not immediately known.

"The harbor skiff was close by and able to pull him out of the water,” said Kelly Bender of Lazy Otter Charters. Crews of other fishing boats also responded to the fire, she said.

The boat’s occupant is a longtime charter operator, said Todd Perez of the Inn at Whittier.

After the rescue, the burning boat was drifting toward a campground, said Dennis C. Jones, an Anchorage photographer who was on a nearby cruise boat.

By early afternoon Friday, the boat had drifted closer to shore, where firefighters were waiting, Bender said.