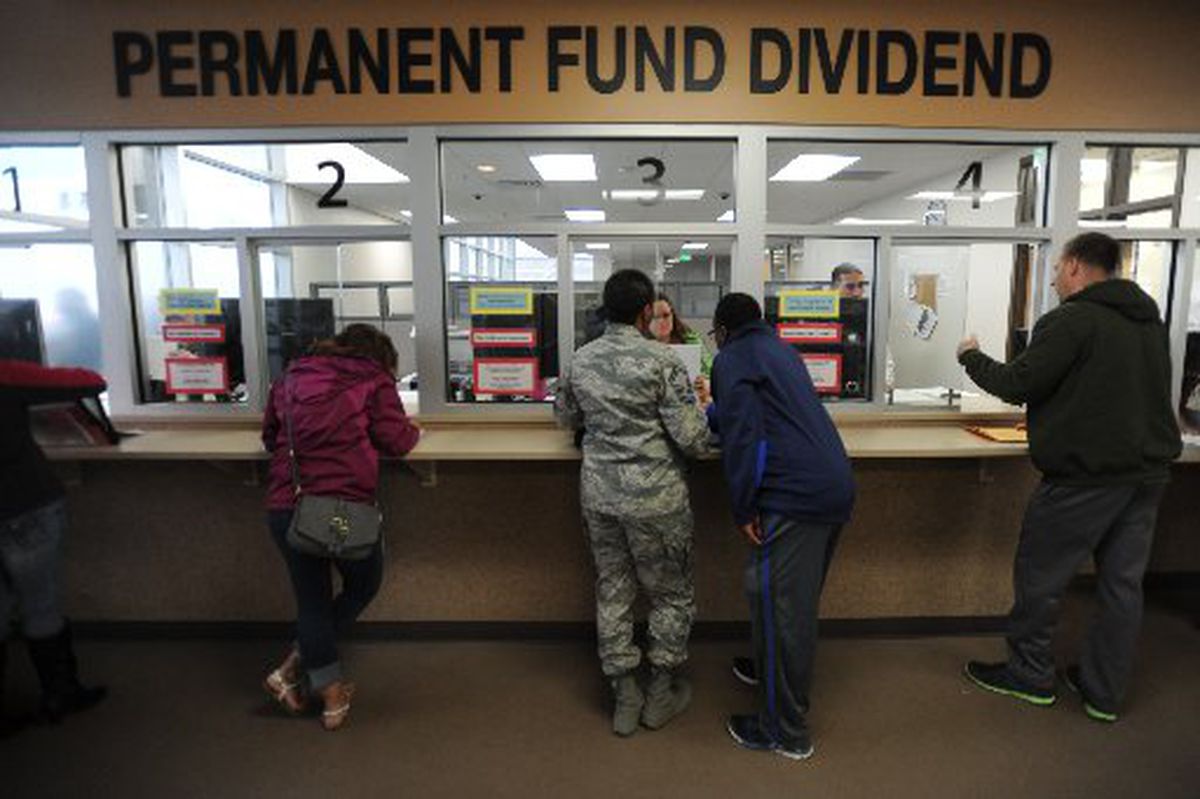 Alaska residents line up to apply for the Permanent Fund dividend on the last day, March 31, 2015, at the PFD division's Anchorage office in the Linny Pacillo Parking Garage at Seventh Avenue and F Street. (BILL ROTH / ADN archive 2015)

Alaska residents line up to apply for the Permanent Fund dividend on the last day, March 31, 2015, at the PFD division's Anchorage office in the Linny Pacillo Parking Garage at Seventh Avenue and F Street. (BILL ROTH / ADN archive 2015)

The state of Alaska is expected to announce the amount of this year’s Permanent Fund dividend sometime this week, and odds are, it won’t be exactly $1,600.

In late August, Department of Revenue Commissioner Bruce Tangeman estimated the dividend will be $1,580 per eligible Alaskan. That estimate is preliminary, however, and is expected to be slightly different from the final amount. In July, the Legislative Finance Division estimated a payment of $1,597 per person.

We don’t know the exact figure yet because for the first time since 2016, the Alaska Legislature did not set a precise amount for the annual payout. Instead, lawmakers set aside $1.07 billion for the dividend, and that amount will be divided by the number of eligible recipients.

Gov. Mike Dunleavy has said he anticipates a special session this fall to debate a supplemental dividend to be paid at a later date. That supplemental dividend would be about $1,400, the difference between this year’s payout and the amount called for under the traditional formula used since 1982 to calculate the value of the dividend.

Whether lawmakers will agree to pay Alaskans a supplemental PFD remains to be seen. Multiple attempts this year to pay a dividend under the traditional formula failed in the Legislature.

This is the first time since 1982, the first year of the dividend program, that dividends will not be paid entirely with money from the Alaska Permanent Fund. About $172.2 million of the dividend payout will come from the state’s Statutory Budget Reserve.

This article has been updated to clarify that anyone who signed up for a direct deposit with a paper application will receive their dividend at the end of the month, not Oct. 3.