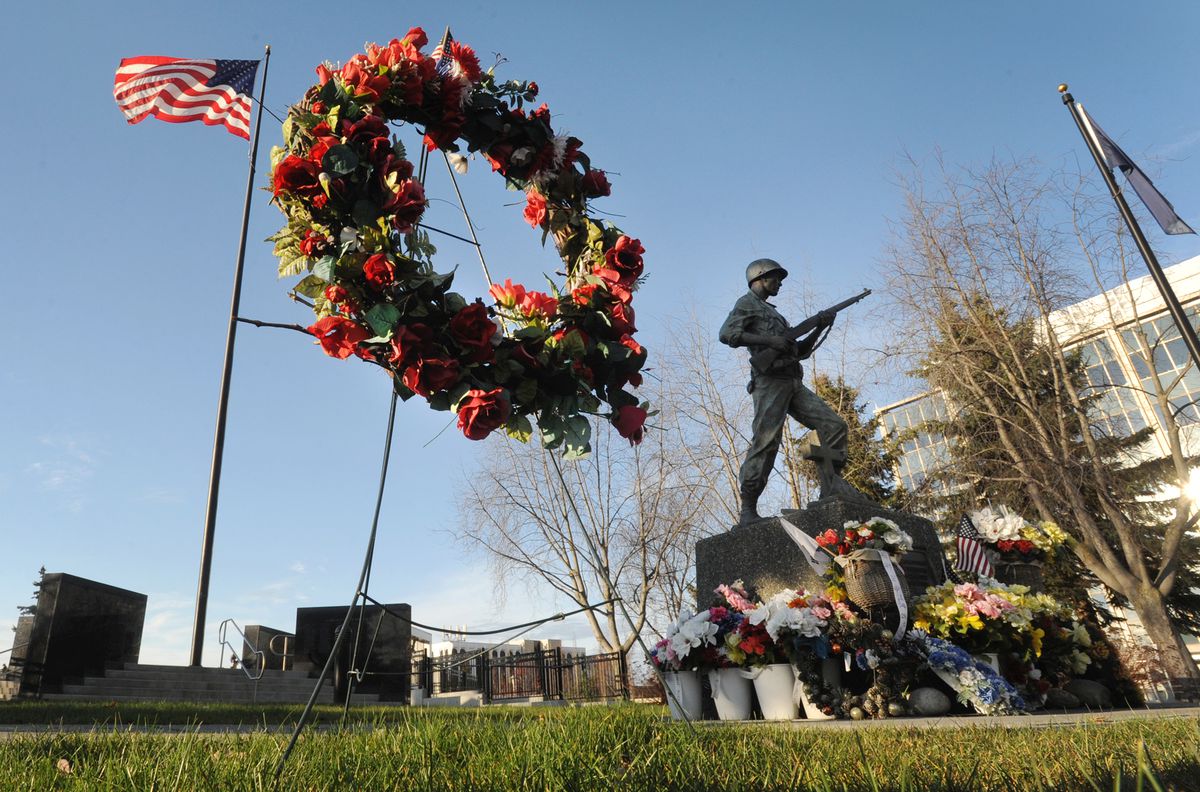 To recognize the men and women of the armed forces, Congress officially changed Armistice Day — honoring World War I veterans — to Veterans Day in 1954.

Here are some opportunities for Southcentral Alaska’s veterans to spend time with their brothers and sisters in arms, and with their supportive neighbors, on this national day of remembrance.

Veterans Day Ceremony at JBER — The ceremony at Joint Base Elmendorf-Richardson will include a performance by the Glacier Brass band, a presentation of the colors by the Alaska Military Youth Academy and recognition of the Governor’s Veterans Advocacy Award recipient. The keynote speaker will be Maj. Gen. Torrence Saxe, the adjutant general of the Alaska National Guard. The JBER-Richardson gate will be open to the public at 9 a.m. and the ceremony will start at 10:45 a.m. Signs and traffic controllers on base will direct guests to the ceremony.

Matanuska-Susitna Borough Veterans Wall of Honor Ceremony — Representatives from federal, state and local political offices will be in attendance to honor veterans at 11:11 a.m. AMVETS Post 9 of Wasilla will host the ceremony. The Veterans Wall of Honor is located on Wasilla-Fishhook Road, near the site of the new police station.

Flag retirement and members-only potluck at American Legion Post 28 — The potluck is for members only, but the community is welcome to drop off flags at any time to be retired by the Legion. 2 to 6 p.m. 7001 Brayton Drive.

In observance of Veterans Day, the following agencies and offices will be closed Monday:

• Most business offices on JBER